A conurbation of towns and villages situated just inside the border between Wales and England.

Its industrial origins go back to the late nineteenth century when the adjoining marshland was drained for the construction of a steelworks at nearby Shotton.  The closure of these works in 1980 led to the establishment of new industries in an industrial park built on both this site and part of what was once RAF Sealand. 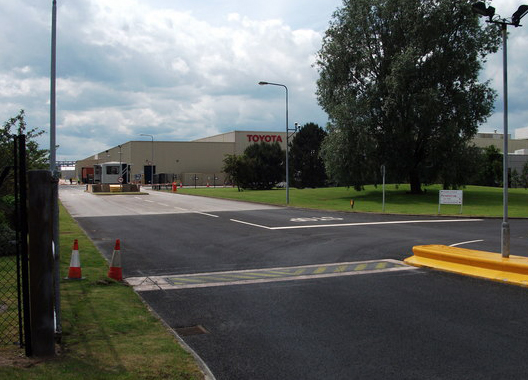 One of two manufacturing plants established in the UK by the Japanese vehicle manufacturer, Toyota.