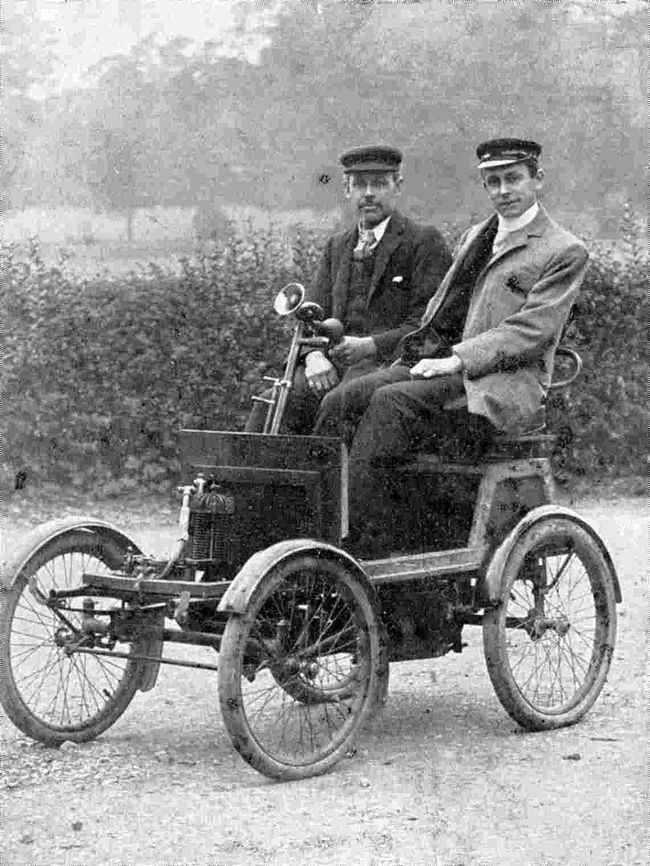 Commentary
Charles Clark had the first garage in Retford and the first licence to sell petrol.  His first premises, it is believed, was a cycle business on Moorgate, which he established in 1895.  About five years later, he moved to the south side of nearby Bridgegate, where Trinity Place now stands; and in 1901 built a four-wheel car, converted from a De Dion Bouton tricycle, and powered by a 2.7 h.p De Dion Bouton engine.

The vehicle almost certainly did not go into production, but Charles Clark remained for many years closely connected with the automobile trade in Retford; running a taxi and coach service, along with a petrol station, garage and car dealership.  The garage building, built around 1910 and located at 48 Bridgegate, opposite his earlier premises, is still standing, although now in a rather neglected state.