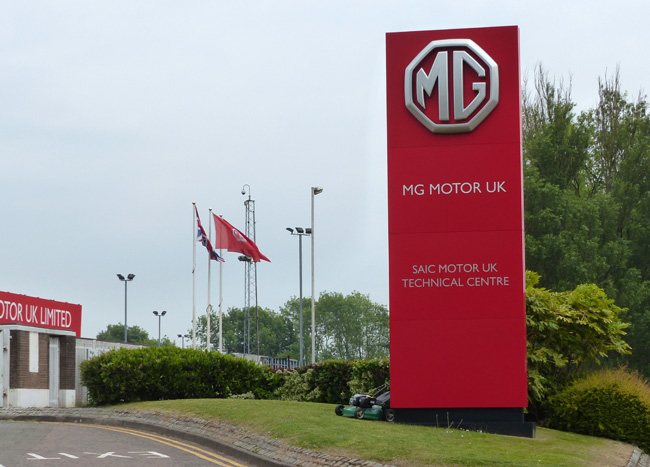 A small part of the former Longbridge Works is now home to MG Motor UK Ltd, under the ownership of the Shanghai Automotive Industrial Corporation, China’s largest motor company.

Commentary
Motor manufacturing in Longbridge began in 1905 when Herbert Austin established his factory at the junction between Lickey Road and Bristol Road South.  Over the next 70 years, the company’s site grew to cover an area of more than 400 acres. 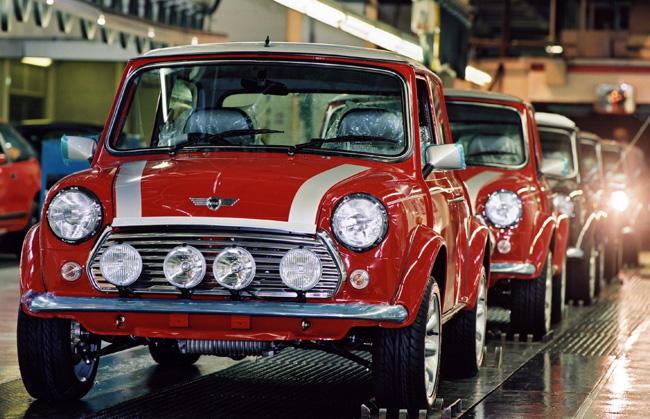 In its heyday, the Longbridge Works was the centre of a worldwide corporation; but the company’s gradual decline, from the 1970s onwards, led to BMW selling the entire Rover Group to the Phoenix Consortium in 2000, for a nominal fee of ten pounds.

Over the next five years MG Rover, as the new company was known, continued to lose money at an unsustainable rate.  In an attempt to stem the tide, the entire Longbridge site was sold to a Birmingham property developer (on a lease back arrangement), as were the intellectual property rights for the Rover 25 and 75, along with the engine division, to the Chinese Shanghai Automotive Industrial Corporation (SAIC).

On 8th April 2005, MG Rover’s directors called in the administrators, and on July 22nd it was announced that the company had been sold to the Nanjing Automobile Corporation, China’s oldest carmaker.

Both before and immediately after the sale, a great deal was said about the continuation of car production at Longbridge; but, as the months passed by and factory buildings were cleared, this appeared to become less and less likely. 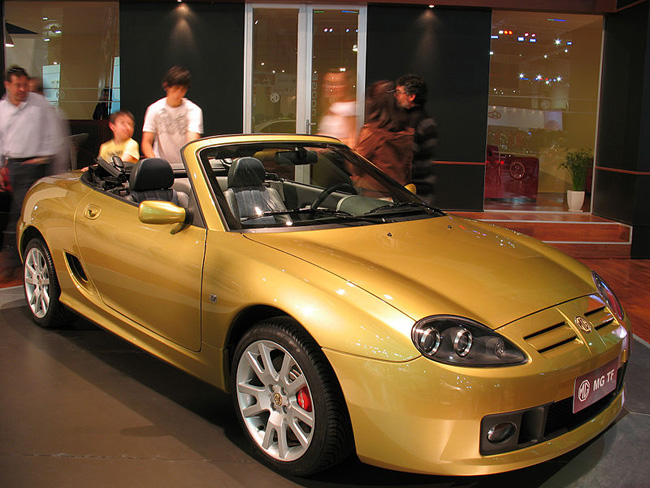 In 2007, following some light revisions to the existing car, production of the MG TF resumed at Nanjing’s factory in China.  Shortly after this (reportedly under some direction from the Chinese government), the Nanjing Automobile and Shanghai Automotive Corporations merged.  In many ways this was a logical step, as both companies had the right to produce their own versions of former MGs and Rovers (known in China as Roewe.)

In August 2008, MG TFs were once again being assembled at Longbridge, but production was intermittent, and ceased altogether in 2011.

The same year saw the introduction of the MG 6 to the UK market and, like the TF, it was for a short while assembled at the Works from kits manufactured in China.

Despite a number of upgrades, the car failed to sell in Britain as well as had been hoped, and was taken off the UK market in 2016. 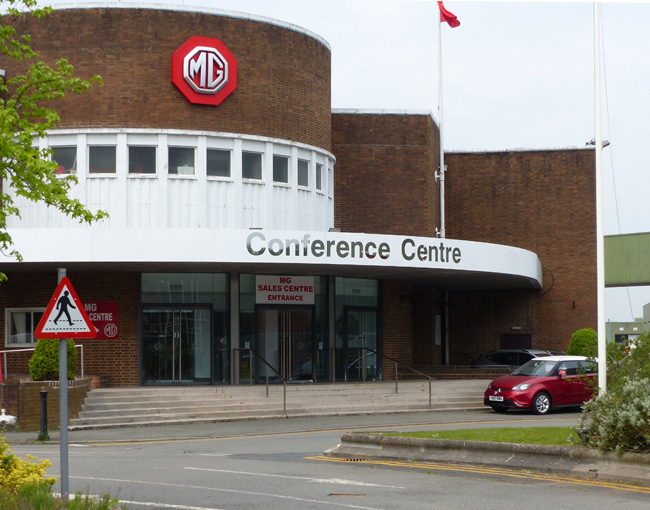 Today Longbridge operates as part of the MG Motors’ technical centre, undertaking key roles in the research, development and design of MG and Roewe products, reportedly employing nearly 300 engineers and designers.  The Centre now covers only a small part of the former Longbridge Works, namely the buildings around the former ‘Q’ Gate, the loction of the main factory entrance from the 1950s onwards.

Further details
• Making Cars at Longbridge: 100 years in the life of a factory, Gillian Bardsley & Colin Corke, The History Press, 2008.
• The Shanghai Automotive Industrial Corporation website: www.saicmotor.co.uk.
• www.austinmemories.com: an excellent site, covering all-things Austin, including the development and history of the factory at Longbridge.

A small part of the former Longbridge Works is now home to MG Motor UK Ltd.