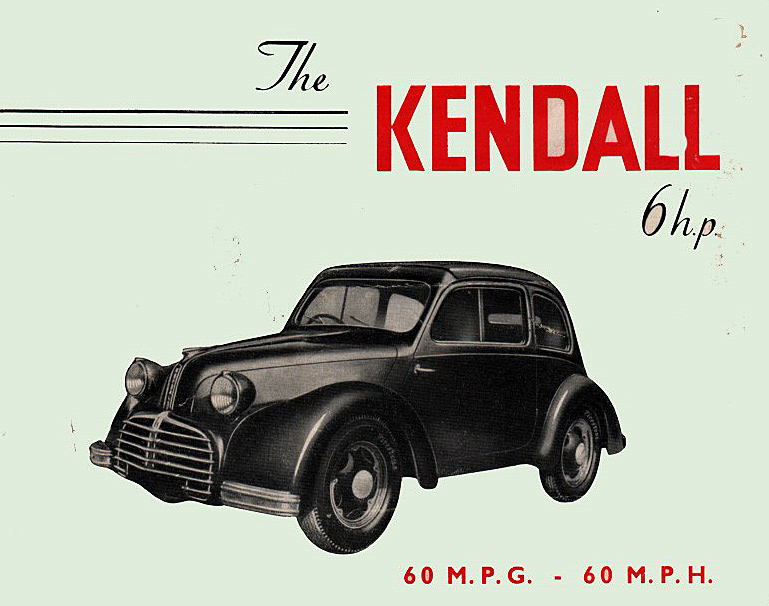 Hailed as Britain’s first post-War “people’s car”, the Kendall was the brainchild of Grantham’s local Member of Parliament, Denis Kendall.

Commentary
Denis Kendall was born in Halifax, in Yorkshire, in 1903.  At the age of 14 he ran away to sea, and in 1921 jumped ship in New York, to start a new life in America.

After working as a test driver with General Motors, he joined the Budd Manufacturing Company of Philadelphia, a pioneer in the development of all-steel car bodies, where he became a qualified automobile engineer.

In 1929, Denis Kendall left the US for France, to supervise the installation of Budd’s machinery at the Citroen’s Quai de Javel factory in Paris.  He remained with the French company for nine years, and became director of manufacturing.  Accounts of his life in Paris suggest that he led a celebrity lifestyle, mixing with the great and the good and, in particular, with members of the European aristocracy. 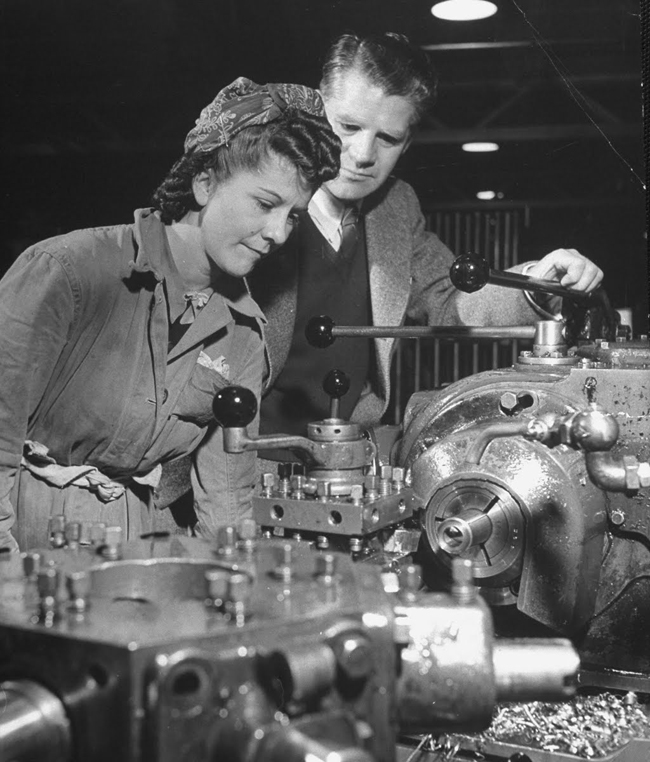 In 1938 he moved back to England to take charge of a new munitions factory in Grantham, known as the British Manufacturing and Research Company (BMARC), established to manufacture Hispano-Suiza aircraft cannons for use on the RAF’s Spitfire and Hurricane aircraft.

With the advent of war, Denis Kendall began to achieve both local and national prominence.  As head of BMARC he could run a Rolls-Royce, a Chevrolet, a yacht, and build himself a luxurious home (named Brusa – standing for Britain-USA) on Belton Lane in Grantham.

In 1941 he was appointed a member of the War Cabinet’s Gun Board and, a year later, stood as an Independent candidate in a local by-election. Campaigning on the need for greater efficiency in the munitions industry, Denis Kendall was elected MP for Grantham, overturning a Conservative majority of more than 6,000 votes.   He retained his seat in the 1945 general election with an increased majority, but failed to be re-elected five years later.

In November 1944, with the end of the War in sight, Denis Kendall announced his intention to bring motoring to the masses through the development of a “people’s car”, available for just £100, plus £25 tax.  He set up a new company called Grantham Productions Limited, which he intended to base at the BMARC site on Springfield Road. 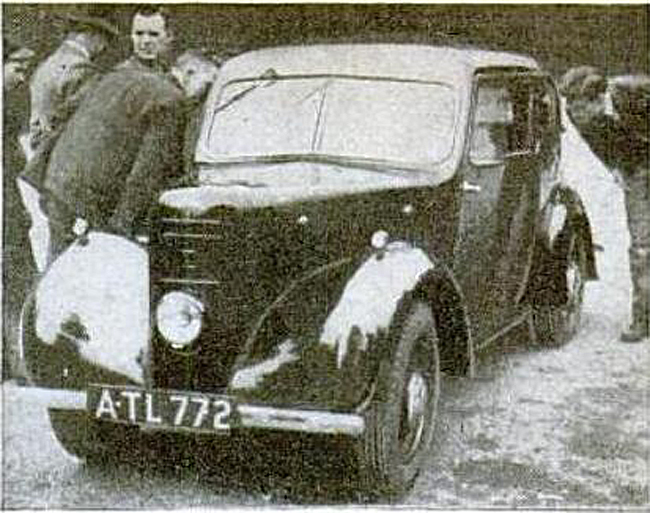 The first prototype was a very basic small two-door saloon, powered by a rear-mounted 565cc radial engine.  But the design was seriously flawed, and the car utterly unreliable.  In an attempt to publicise the project, Denis Kendall announced his intention to drive from Grantham to Westminster, but it appears that the car broke down within a few miles of the start and completed the remainder of the journey on a trailer.

A second model was developed using a revised engine, enlarged to 700cc, and with a slightly more modern body; but this too proved to be seriously flawed. 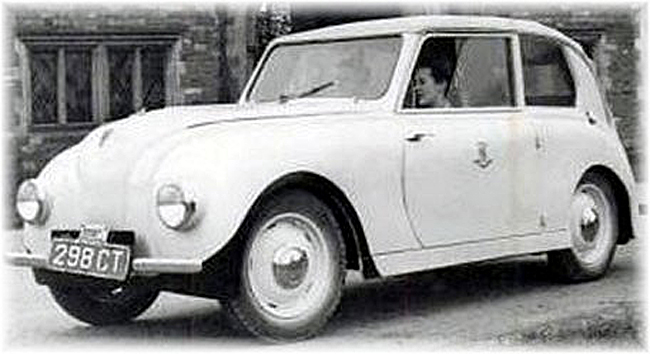 However, things took a turn for the better when Kendall learnt of the availability of another small car design, known as the AF-G, by Jean-Albert Grégoire, developed for the French manufacturer Aluminium-Français.  An agreement to produce the car in the UK was, apparently, reached quite quickly.  The body, engine, transmission and suspension were to be manufactured at various locations in Britain, with assembly taking place in Grantham.

In April 1946, Motor Sport reported on their visit to Grantham Productions to test the Kendall-Grégoire, stating that “the 4-seater bodywork had a cabriolet top. There were two entrances, the doors having a wooden frame covered with light alloy which was padded for sound damping… The interior of the Grégoire is reminiscent of a light aircraft. The front seats had tubular frames and were of the simplest possible construction; none the less, they were comfortable.”

The gearbox came in for some criticism from the magazine, but the car’s roadholding was described as “incredible”. Clearly they felt that the car had potential, concluding that it was “the ideal basis for a perfect sports car for the impecunious enthusiast.” 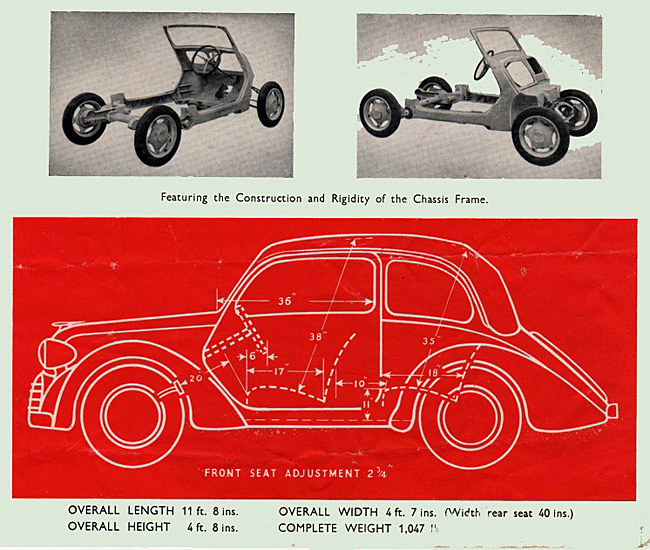 It appears, however, that the project was beset by difficulties, and only five or six prototypes were produced, none of which are known to survive.  Grantham Productions Limited went into receivership on 15th November 1946, owing more than £445,000 - caused, Denis Kendall explained, by the withdrawal of a major funder (the Indian motor enthusiast, the Maharaja Jam Sahib of Nawanagar) and the refusal of a number of components’ manufacturers to supply certain parts.

The only vehicles to leave the Grantham factory were a small number of three-wheeled tractors, known as the Kendall Beaumont.  When Grantham Productions closed, the tractor business was bought by Newman Industries, and the model re-launched in 1948 as the Newman Tractor. 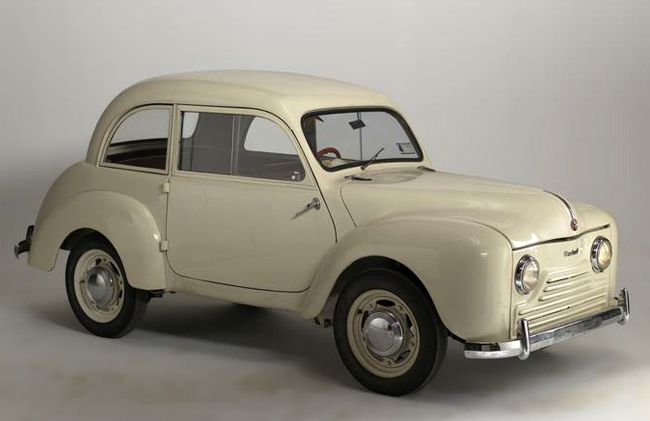 Jean-Albert Gregoire did find someone to make his car – Sir Lawrence J Hartnett, an Englishman by birth, who had moved to Australia in 1934 as managing director of Holden.  However, although a small number of Harnetts were manufactured in Melbourne (estimates suggest around 120 vehicles), the enterprise ultimately collapsed, and the business was wound-up in 1956.

Denis Kendall returned to the US in the early 1950s where he continued to be involved with various engineering projects.  He died in Los Angeles in 1995.