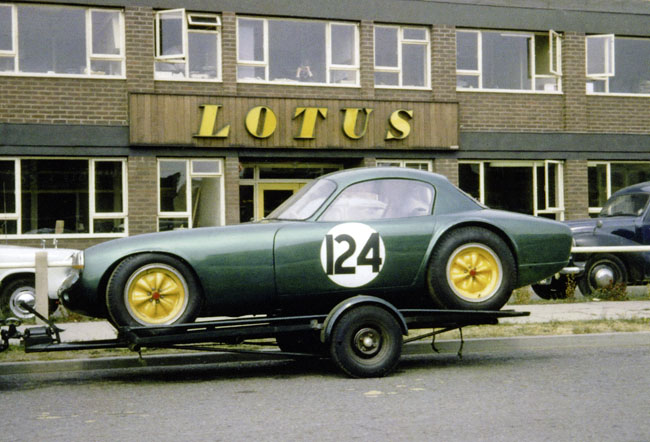 The one-time home of Lotus Cars.

Commentary
Lotus moved from Hornsey to a new factory Cheshunt in 1959.  The premises were divided into two sections, and the company into three.  One building was occupied by Lotus Cars, manufacturing the new Lotus Elite.  The other handled the company’s racing activities (Team Lotus) and the production of the Lotus Seven and customers’ racing cars (Lotus Components).

Although 1959 was not a particularly good year for Team Lotus, by 1960 their fortunes were beginning to improve with drivers, Peter Arundell, Jim Clark, Innes Ireland, Mike McKee and Alan Stacey.  In May 1960, Stirling Moss, driving a privately entered Rob Walker Lotus, achieved the company’s first Grand Prix victory at Monaco, with a second win later in the season in the US Grand Prix at Watkins Glen. 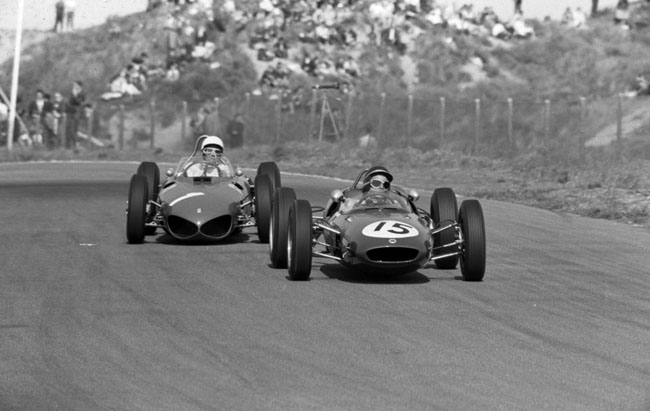 Lotus had used Ford-based engines almost since their inception, and so it was perhaps not a surprise that in 1961 Colin Chapman was asked by Ford of Great Britain to become involved in the company’s worldwide motor sport development programme.

One of the most immediate outcomes of this collaboration was the development of a Ford-based Lotus twin-cam engine, which came to be used in different forms in the new Lotus Elan and Lotus Cortina.  Production of both cars began at the Cheshunt in June 1963, and sporting success soon followed.  By the end of the 1963 season, a Lotus Cortina, driven by Jack Sears, had won the British Saloon Car Championship and Team Lotus had claimed the F1 World Championship, with second and seventh places at the American Indianapolis 500 race.

In 1965, Lotus won the F1 World Championship for the second time, again with driver Jim Clark.  Sales of all the Lotus road cars continued to prosper, and promised to swell even further with the introduction of the new Lotus Europa – a two-door mid-engined, Renault-based, coupe.

The space and facilities available at the Cheshunt factory were becoming less and less suitable for this expanded operation and a search began for a larger site in a pleasant locality where existing staff would be happy to live.

Towards the end of 1965, Lotus expressed interest in buying the former World War II airbase at Hethel in Norfolk, about seven miles south west of Norwich.  The site offered space for a much larger production facility, together with a test track around part of the old runway.

The construction of new buildings, and conversion of some of the original wartime accommodation, took place in the spring and summer of 1966, with the move from Cheshunt being finally completed over a single weekend in November.  The new headquarters were formally opened by the Right Honourable Peter Walker MP in early 1967.

The one-time home of Lotus Cars.