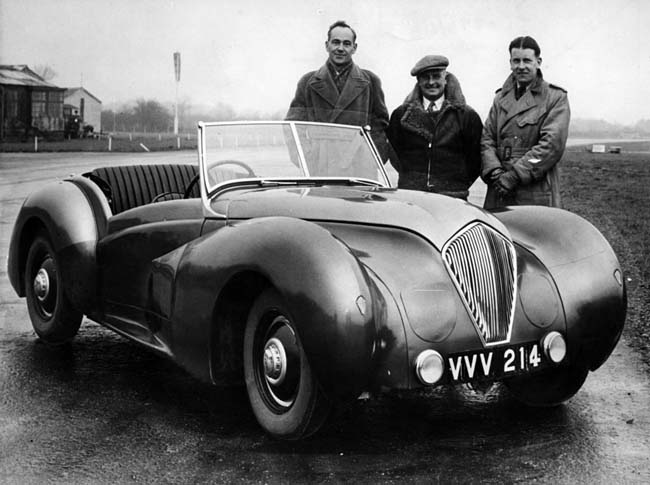 Commentary
In 1933, Donald Healey left Perranporth in Cornwall, to take up work at Riley in Coventry, where he worked for a short while as a development engineer.

The following year, he moved to Triumph, still Coventry-based, as chief engineer, with responsibility for the Gloria and Dolomite series of cars.

When Triumph went into receivership in 1939, Donald Healey moved on once more, this time to Humber, and work on the research and development of their armoured fighting vehicles, notably the Humber Scout.

It was towards the end of the War that Donald Healey and two of his colleagues at Humber (AC Sampietro and Ben Bowden) began to draft ideas for a brand-new 100-mph sports car.  A prototype chassis for the car was built at Westland Aeroparts of Hereford, a company owned by a fellow employee at Humber.

With the ending of hostilities in 1945, the completion and testing of the first Healey car was taken a stage further in a small workshop in Warwick.  It was part of Benford Ltd, manufacturer of concrete mixers and dump trucks.  The Benford chairman had been a director at Triumph, and offered Donald Healey not only space to develop his car, but also clerical support for business administration.

Healey car production began in 1946 in larger premises on the Benford site – with the addition of an old wartime aircraft hangar and surrounding buildings.

For the next seven years, Donald Healey produced a range of cars, generally using the Riley 2.4-litre engine, an up-rated version of the unit used in the 2½-litre Riley. 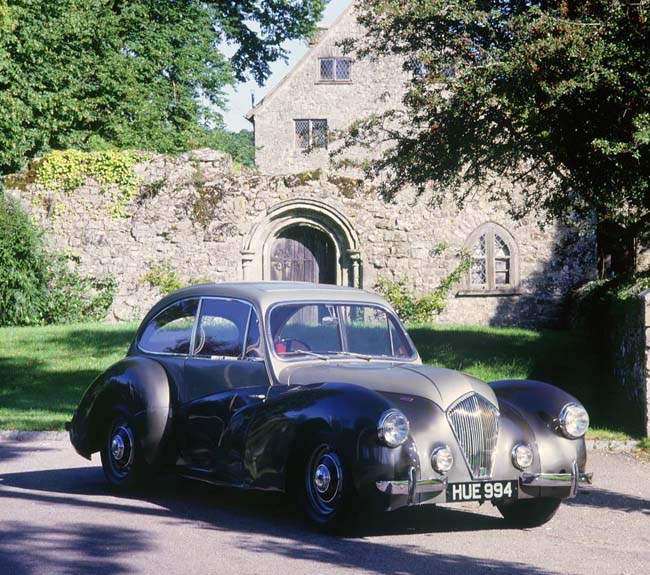 Two body-styles were developed for the car - a saloon and a convertible.  However, the premises at the Cape were not large enough for the production of entire cars, and so body production was sub-contracted out.  Initially the roadsters were manufactured by Westland Aeroparts, and the saloons by Elliots of Reading.  Chassis were also supplied to other body builders, including Abbott, Duncan and Tickford.

The Healey was quick to capture the public imagination as early as 1946.  A timed performance on the Italian Como-Milan Autostrada of 106.56 mph, drew the Motor magazine to comment, “no other car had been timed by the Motor at so high a speed.”  Further success followed in the Mille Miglia, the Monte Carlo Rally and at Le Mans.

Two other models were included in the line-up: the Healey Silverstone and Nash Healey.  The Silverstone was a more traditional looking sports car, with open cycle wings and few creature comforts.  It was developed as a lower cost option, and designed to sell for under £1,000, thereby avoiding further tax penalties. 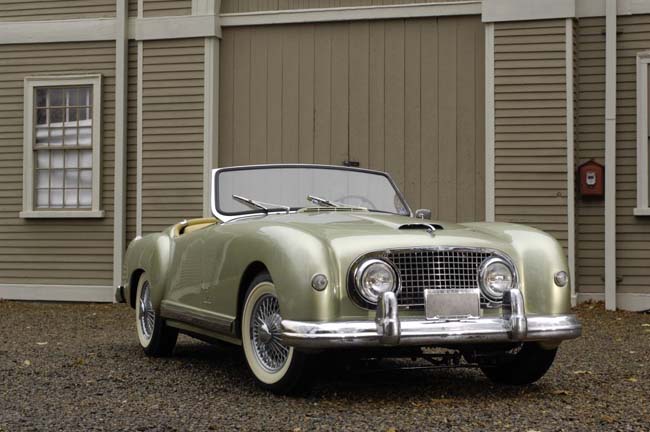 The Nash Healey came about from a chance meeting between Donald Healey and George Mason, the president of the Nash Kelvinator Corporation, on board the Queen Elizabeth on a trip to the States when Donald Healey was travelling to America to discuss the purchase of Cadillac engines.  Donald Mason offered Nash engines as an alternative; and when Cadillac said that they needed all the engines they could produce, Healey got back in touch with Nash to take up their president’s offer.

The result was the Nash Healey; initially based on the Silverstone, but then clad in an all-enveloping body for greater aerodynamic efficiency – and speed.  One of the first competitive outings for the car was the 1950 race at Le Mans where the Nash Healey finished fourth overall (and third in the 1952 race).

Although successful in many ways, the Healey range of cars was outside the means of many motorists, and Healey was keen to produce a car that was within the reach of a wider group of customers.  His idea was for a low-priced, high performance car, with export potential.

Geoffrey Healey, Donald Healey’s eldest son, recounts: “we discussed what we should do at home most evenings.  The future of the Riley units was obscure, as the axles were due to go out of production and the engines could follow.  It was also fairly expensive.  One section of the motoring press was always telling us that the Austin A90 was a very good unit, in a car that did not do it credit.”

Donald Healey got in touch to enquire about the availability of an Austin engine from the Austin chairman, Leonard Lord, who agreed to supply the units.

Work on the design of the car continued albeit in secret in the attic of Donald Healey’s home; as Geoffrey Healey states: “we didn’t want any knowledge of the fact we were considering the use of Austin units to leak to our normal supplier, Morris Motors”.   (Riley had been acquired by William Morris in 1938.)

With the basic layout of the new car established, the drawings were handed to designers, Barry Bilbie (chassis), and Gerry Coker (body) for completion.

The first step was to create the prototype chassis, which was constructed in a shed behind the main premises in Warwick, by Roger Menadue, long-time Healey employee and collaborator.

Wings, seats, a windscreen, horn and rear-view mirror were “lashed on to the chassis”, and the car was ready for its road test.  Geoffrey Healey’s verdict:  “the low-cost Austin units gave superior roadholding and performance and a better ride than the expensive units we had been using on our production cars.”

The chassis was then driven to Tickford of Newport Pagnell where the body, designed by Jerry Coker, was installed.

It appears that changes to the design were made both during and following construction; two significant alterations were the reshaping of the rear wings and the front grill.

Just before the 1952 Motor Show, Geoffrey Healey and Roger Menadue drove the car to Ostend where they had arranged to meet, under great secrecy, Gregor Grant (founder of Autosport magazine) and John Bolster (motor racing driver, commentator, and technical editor of Autosport).

On the morning after their arrival, the new car was tested on a stretch of motorway between Jabbeke and Aalter/Aeltre in North West Belgium, where a mean of runs in both directions over a measured mile produced a speed of 106.05 mph, using a completely standard off-the-shelf Austin engine.  The car was then returned to Warwick and prepared for the forthcoming 1952 London Motor Show at Earls Court.

The impact at the Show of the Healey Hundred, as it was then known (thanks to a suggestion from Gregor Grant), was sensational.  The car was available at a basic price of £850, but this quickly dropped to £750 following an intervention by Leonard Lord, Chairman of the newly-formed BMC.

It is not clear as whether Leonard Lord already knew of the car’s development, but he was apparently mighty impressed by what he saw at the show and made an immediate offer to manufacture the car on behalf of Donald Healey.  An outline agreement was quickly reached between the two men, and overnight the car became re-named the Austin-Healey 100, with Donald Healey retaining responsibility for the design.

The first 20 Austin-Healeys were built in Warwick, whilst production facilities were prepared at the Austin factory in Longbridge.  Thereafter only the high-performance Special Test cars (known as the 100 M and 100 S) were built at the Cape Works.  When production of the 100 S ceased in 1955, the Warwick factory was used to build Healey Sprite boats and then became the service, tuning centre and showroom for the Donald Healey Motor Company, until 1963, when the business moved to the Old Cinema on Emscote Road.

In general production terms, the Austin-Healey chassis was built by John Thompson Pressings of Wolverhampton, and then delivered to Jensen Motors in West Bromwich for the body panels, painting and the main pieces of trim.  Completed bodies were then sent to Longbridge (and later Abingdon) for final assembly.

Today the Works are occupied by JME Healeys, whose founder, Jonathan Everard served his apprenticeship with the Donald Healey Motor Company.  Fittingly, JME’s business is to restore Austin-Healeys and also to prepare them for competition.