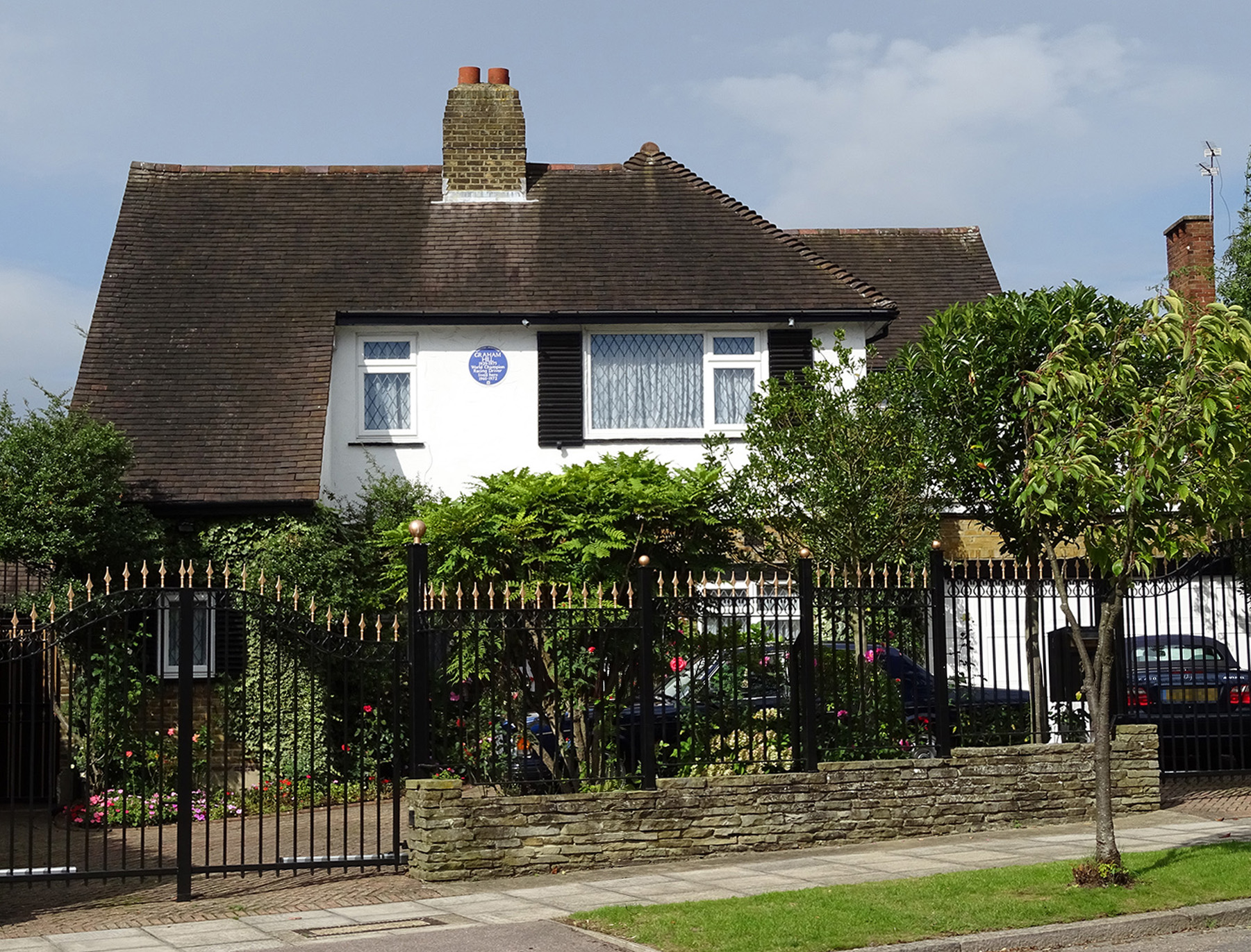 The one-time home of the Hill family: Graham, Bette, Brigitte, Damon, and Samantha.

Commentary
Graham and Bette Hill moved with their two children, Brigitte and Damon, from Belsize Park to Parkside, Mill Hill, towards the end of 1960.

Graham Hill’s first motor race was at Brands Hatch in a Formula Three Cooper in 1954.  Shortly afterwards he started work for Lotus as a mechanic, giving him the opportunity of an occasional drive, both for Lotus and other teams, including Cooper.  He made his Formula One debut at Monaco in 1958 driving a Lotus 16, where he was in fourth place when forced to retire. 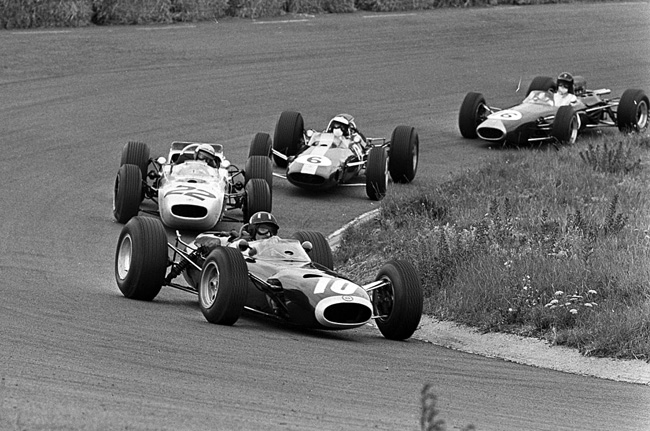 In 1960, Graham Hill joined BRM, with whom he became Formula One World Champion in 1962.  He remained with the team for four more years, but – as was common at the time – also drove in other, non-Formula One short and long distance races, usually for other teams.

In 1967, he re-joined Lotus, teaming up with Jim Clark, and in 1968, in the same year that Jim Clark was killed at Hockenheim in Germany, Graham Hill won his second Formula One World Championship. He left Lotus following in 1969, following a serious accident at the Spanish Grand Prix in 1969 in which hel broke both his legs.  Between 1970 and 1972 Graham Hill drove for Rob Walker and Brabham.

In 1973, he set up his own Formula One racing team, Embassy Hill, for whom he also drove until the Monaco Grand Prix of 1975.  A few months later, on 29th November 1975, Graham Hill and five members of the Embassy Hill team were killed when the plane that he was piloting crashed near Arkley Golf Course, attempting to land in thick fog at Elstree Airfield. 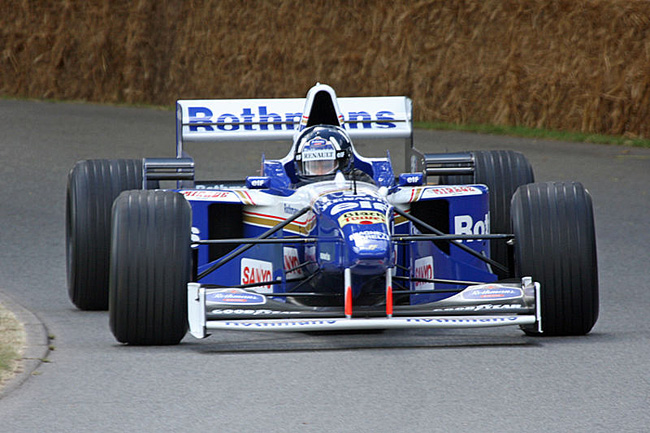 The motor racing career of Graham and Bette Hill’s son, Damon, did not begin until he was 23 (although he already had considerable racing experience on motor cycles).  Competing first in British Formula 3 and International Formula 3000, Damon Hill entered Formula One in 1991 as test driver for the Williams team.   In 1992, he drove for Brabham in two races (the British and Hungarian Grand Prix), and in 1993 was promoted to the Williams race team, alongside Alain Prost.  In 1996, Damon Hill won the Formula One World Championship, becoming the first son of a Formula One World Champion to do so.

In 2003, an English Heritage memorial blue plaque to Graham Hill was unveiled at the Hills’ former family home on Parkside.  (Although it indicates that the family remained at Parkside until 1972, Damon Hill states in his autobiography that the family left Mill Hill for a house in Shenley in Hertfordshire in 1971.)

The one-time home of the Hill family: Graham, Bette, Brigitte, Damon, and Samantha.