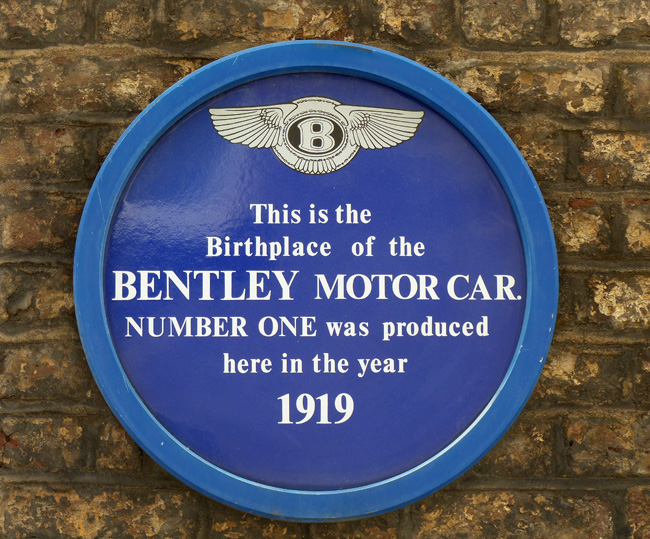 The birthplace of the Bentley car

Commentary
The premises in New Street Mews were first used by the Bentley brothers (WO and HM) in 1912, as a workshop for their DFP dealership, based in nearby Mayfair.

Although Walter Bentley (or WO, as he was known) had considerable success in modifying and racing the French DFP, the declaration of war in Europe in 1914 meant that sales and servicing of the cars virtually ceased.  An important factor in WO’s success in motor sport had been his decision to install aluminium pistons into his DFP race cars - a move that considerably improved their performance.  Shortly after the declaration of war, Walter Bentley approached the War Office to offer his expertise to help develop engines for the new Royal Naval Air Service, using similar technology, and the work in which he was subsequently engaged produced one of the most successful British aircraft engines of the War.

Although he had been working for almost four years on the development of the rotary aircraft engine, it appears that what Walter Bentley really wanted to do was to produce his own car, and of a design that would allow fast, reliable cross country travel, and on roads that were not always of the smoothest surface. 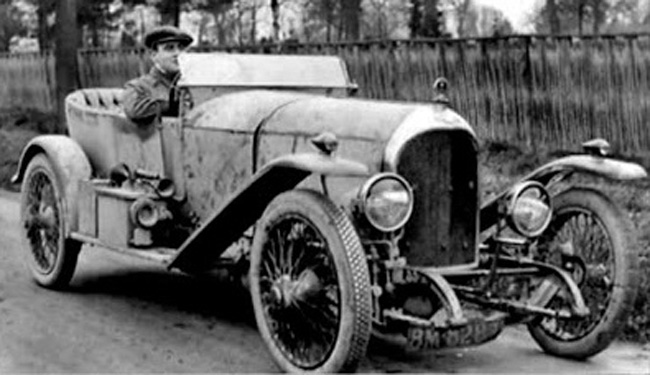 For the first nine months of 1919, WO worked with his two colleagues, largely at New Street Mews, on the design and construction of a new car. By November they were ready to show a model of sorts; not entirely finished, but sufficiently attractive to draw a large number of interested enquiries.  For the remainder of the year they developed the design, trying, in particular, to reduce the overall noise levels.  Three hundred and sixty seven days after the initial design meeting, the Autocar magazine published their first Bentley road test praising, in particular, the performance, handling and comfort of the car.With just one car produced, WO and HM’s next task was to instigate some form of production; but this was easier said than done.  It was clear was that the premises at New Street Mews were not suitable for this, and there was also the question of funding; something that was to bedevil the company for many years.  However, a move was inevitable; WO insisted that the company’s headquarters should remain in London.  Eventually, they opted to buy a plot of land in Oxgate Lane, Cricklewood.

A blue plaque commemorates the production of the first Bentley car in New Street Mews, now known as 48 Chagford Street.

The birthplace of the Bentley car.