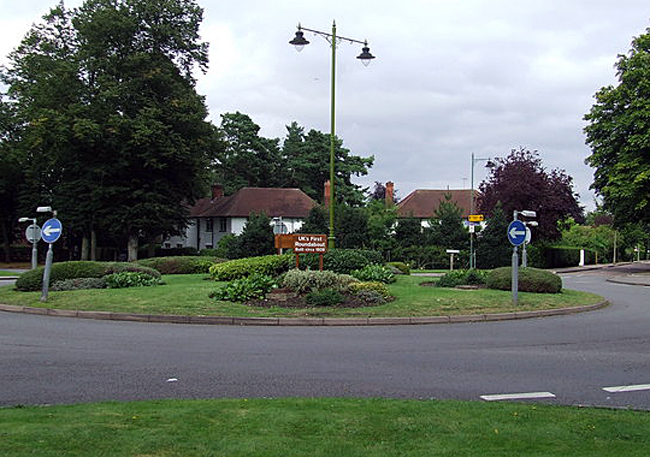 Location
The intersection of Broadway, Spring Road and Sollershott East and West.

Commentary
The roundabout was originally designed as a refuge for pedestrians to help them cross a three-road intersection.  Twenty years later, a decision was taken to direct all traffic to move in the same direction and a roundabout, as we know it today, was created.