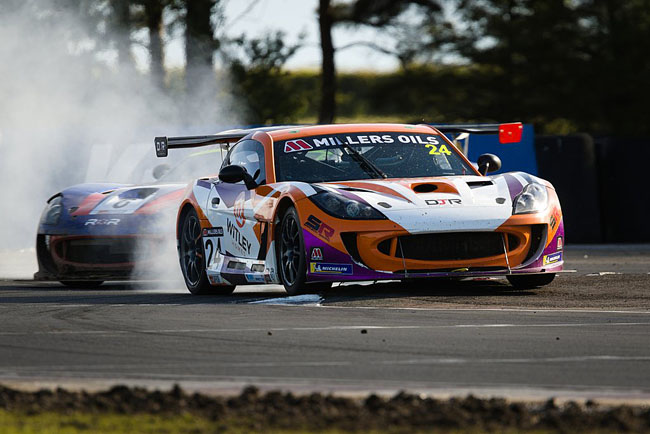 The major motorsport venue in the North East.

Commentary
Although Peter Swinger reports that some form of motorsport has taken place at Croft since 1927, the current circuit is largely derived from a former World War Two airfield.

Originally built for RAF Bomber Command, although used for much of the War by the Royal Canadian Air Force, construction work on the airfield began in 1940, using the standard Bomber Command structure of three runways.  The airfield opened for operational use in October 1941, and closed for flying in summer of 1946.

In 1946, Darlington and District Motor Club ran a number of car and motor cycle races on the old airfield, with RAC circuit approval being obtained in 1950.  However, Julian Hunt reports that in 1952, the site reverted to use as an airfield; but by 1958, the circuit was back in use as a Special Stage for the RAC Rally of Great Britain.

In 1962, a business consortium purchased half of the airfield, creating a new track, known as the Croft Autodrome.  The first meeting took place on 3rd August 1964, with an estimated crowd of up to 50,000 people.  Those who subsequently raced at Croft have included Damon Hill, Dennis Hulme, James Hunt, Niki Lauda, Carlos Pace, Sergio Pérez, and Patrick Tambay.

The circuit has undergone a number of changes in the last 50 years. Today the tarmac circuit is 2.1 miles in length, with one side of the former triangular circuit now drawn inwards creating a new hairpin complex.

The major motorsport venue in the North East.