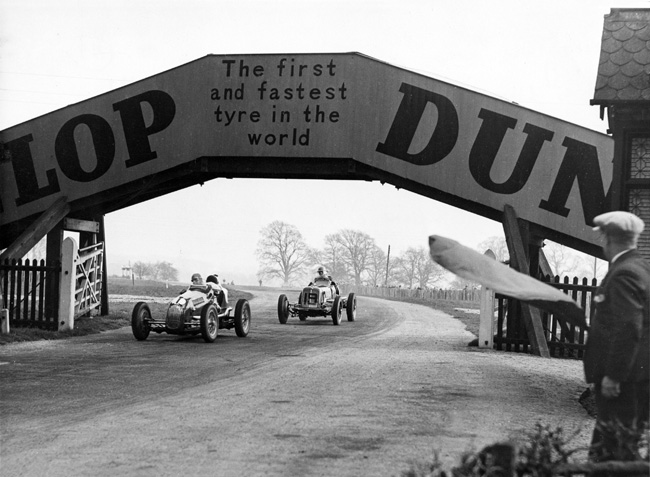 Commentary
The exact date when the estate and park at Donington were originally created is not entirely clear; but the first certain record appears to be in 1229.

From this point, and for almost 700 years, the estate passed through various hands, many with aristocratic connections.  There have been three main houses in the Park; the present Donington Hall dates from the 1790s and is currently the headquarters of the Norton Motorcycle Company. 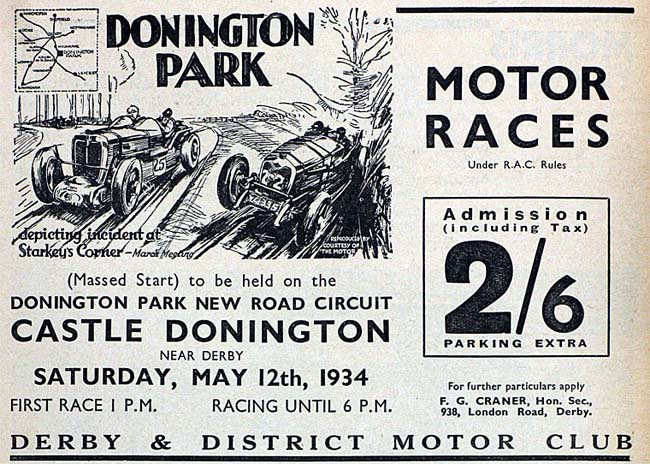 Motor racing at the Park began in 1933. The seeds of this had been sown two years earlier when local racing motorcyclist Fred Craner had persuaded the owner of the estate to run a motorcycle race in the grounds of the Park.

In 1934, the original track was significantly developed and extended, and by 1935 Donington was hosting international races attracting world class competitors.  Over the next three years, established races were moved from other circuits to Donington, and record crowds gathered to watch the dominant Mercedes-Benz and Auto Union teams from Germany.  This was the era of Caracciola, Nuvolari, and Rosemeyer. 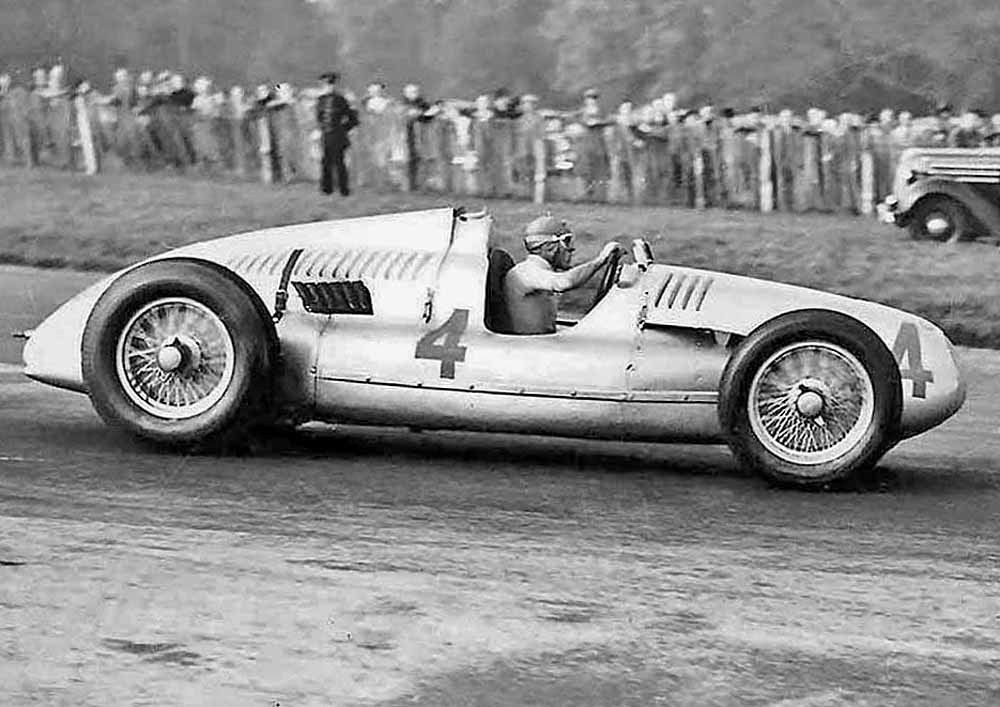 Julian Hunt, in Motorsport Explorer, writes, “On 22nd October 1938 Tazio Nuvolari, leading the Auto Union team, won in front of 60,000 spectators…The effect of the Silver Arrows on British race enthusiasts was electric and lifted Donington Park to a level far above Brooklands.”  (There is a similar account in Peter Swinger’s book of the previous year’s Grand Prix, vividly illustrating the huge draw and excitement generated during this time by the racing at Donington.)

However, by 1939, with the onset of war, the track at Donington had closed.  The Hall was requisitioned by the Army, and the Park turned into a huge vehicle storage depot accommodating, at one stage, up to 56,000 vehicles.

An Army presence remained on the estate until well after the cessation of hostilities.  Reports indicate that the estate, track and Hall all required urgent repairs, but despite this, the house was nevertheless used to offer temporary accommodation in 1956 to refugees fleeing the crisis in Hungary.

The next phase of Donington’s racing history did not begin until 1971, when local businessman Tom Wheatcroft bought 300 acres of the Park to accommodate his growing collection of racing cars, and begin the long process of bringing motor racing back  to Donington.

Re-establishing the circuit was a long and expensive process, but racing did return in 1977 – on a modified circuit which, nevertheless, retained a number of features from the earlier pre-War track. 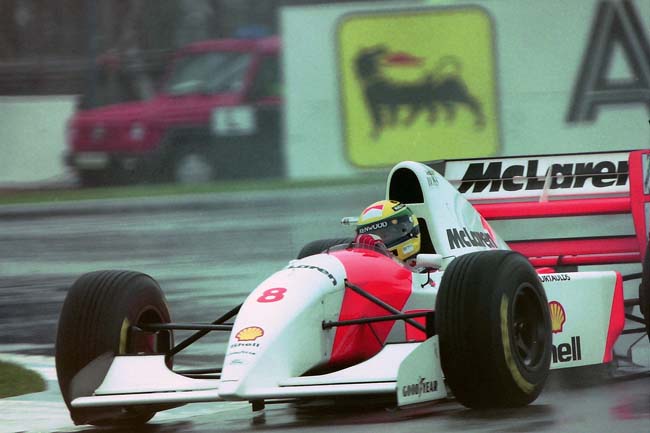 During the 1980s and 90s, the categories of motorcycle and car racing on the track were steadily developed.  From a motor racing perspective, the peak was possibly reached on Easter Sunday in 1993 when Donington hosted the European Grand Prix.  The weather was atrocious, with heavy, intermittent rain for much of the race; but the outcome was a classic: a win for Ayton Senna, and great drives by Damon Hill and Rubens Barrichello.

Over the following years, successful racing continued at the circuit, and in 2007, the track was leased to Donington Ventures Leisure Ltd who made a successful application to host the 2010 British Grand Prix, conditional on upgrades to the track.

However, by 2009 major problems had emerged and the new owners announced that they were unable to raise sufficient funds to complete the project.  Work on the new track came to a complete halt, and the British Grand Prix was passed back to Silverstone, with Donington in a very sorry state of repair. 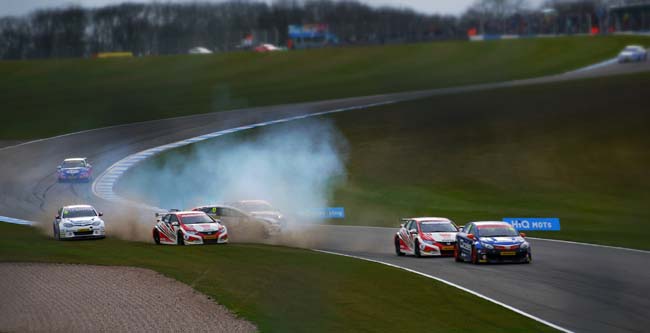 Ownership of the track reverted to the Wheatcroft family business and, led by Tom’s son Kevin, the circuit was restored over the next 18 months and motor racing brought back to Donington.  In 2018, track operations were taken over by MotorSport Vision (who also run Brands Hatch, Cadwell Park, Oulton Park, and Snetterton).