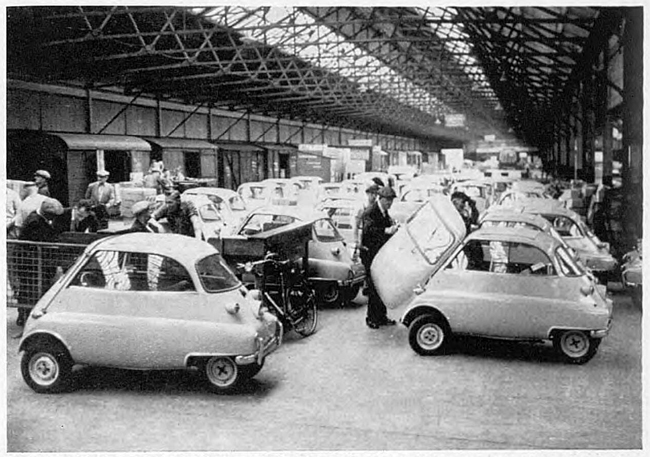 Commentary
In the years following the Second World War, there was considerable demand throughout Europe for low-cost transportation.  Manufacturers in many countries developed models with engines of less than 500cc, usually derived from motorcycles.

One such company was the Italian manufacturer Iso SpA, which produced heaters, refrigerators, motorcycles and small three-wheel trucks.

The Isetta - literally, little Iso – was originally designed in 1950.  Work on a prototype began two years later, and the car was ready for production in 1953.

Characterised by its bubble shape and single front-opening door, the car originally had three wheels, but the single wheel at the rear was replaced by two wheels 19 inches apart for greater stability.

In order to promote the new model, Iso’s owner, Renzo Rivolta, entered seven cars in the 1954 Mille Miglia Italian endurance road race.  Although more than half the cars that started the race failed to finish, five of the Isettas successfully completed the course, maintaining an average speed of 45mph.

In the early 1950s, BMW’s car range was weighted heavily to the more expensive end of the market, with the luxury six- and eight-cylinder 501 and 502 models. However, sales were not strong, and BMW needed a car that would sell in much large numbers. 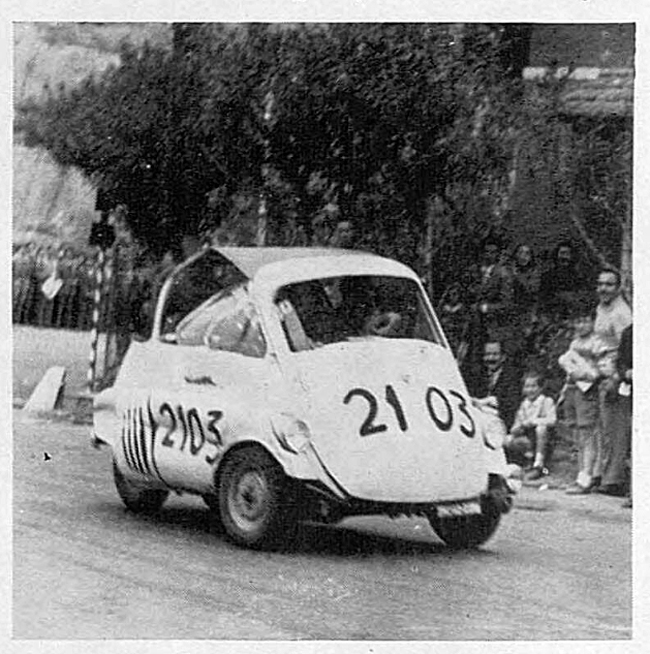 The Isettas’ success in the Mille Miglia introduced the car to a much wider audience – including BMW, who negotiated an agreement to build the car under licence in Germany.  The project gave Iso a guaranteed payment for every car produced and provided BMW with immediate access to the mass car market.

BMW quickly made a significant number of changes to the car, introducing a new more powerful engine and sliding glass windows.  Manufacturing began in April 1955.

Ten thousand Isettas were sold in the first year, and the car was proving to be a major success.  In addition to producing cars for the home market, BMW also sold manufacturing rights to various companies outside Germany, including Isetta of Great Britain.

In March 1957, work began converting the newly-vacated Locomotive Works alongside Brighton Station for the UK manufacture of the Isetta bubble car.  A new assembly line, jigs, and plant, were installed in a matter of weeks, and production commenced on 23rd April 1957. 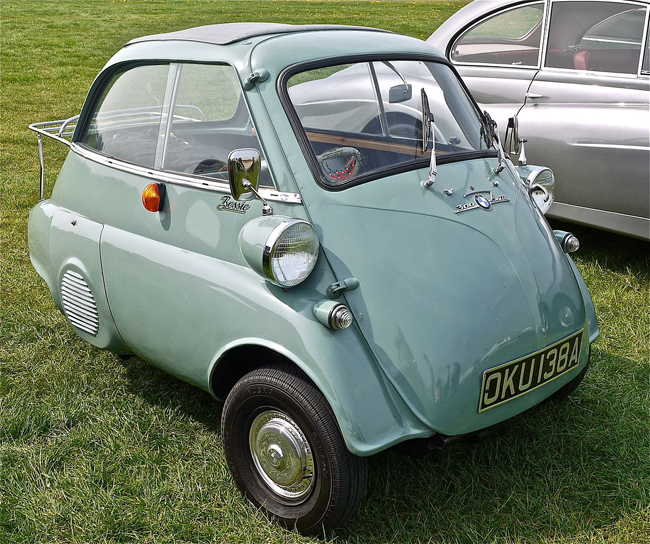 Assembly was based at the Locomotive Works on New England Street until 1961, and then, until 1964, at a factory on Victoria Road, in nearby Portslade.  Most of the three-wheelers were sold in the UK; the four-wheel Isettas were generally exported to Australia, Canada, and New Zealand. Between 1957 and 1964, about 30,000 three- and four-wheel cars were produced in Brighton.

The location of the former railway works, adjoining Brighton Station and well above the closest main road, meant that cars were assembled from parts delivered by train - body panels, engines, and transmission from Germany, and electrical components, brakes, tyres etc from the UK.

Finished cars left the factory by the same route.  At peak levels of production, 16 wagons would, each night, take 48 cars by rail from Brighton to London for distribution, again by train, throughout the UK.  In this way, Isetta customers could collect their car either from their local dealer, or their nearest railway station. 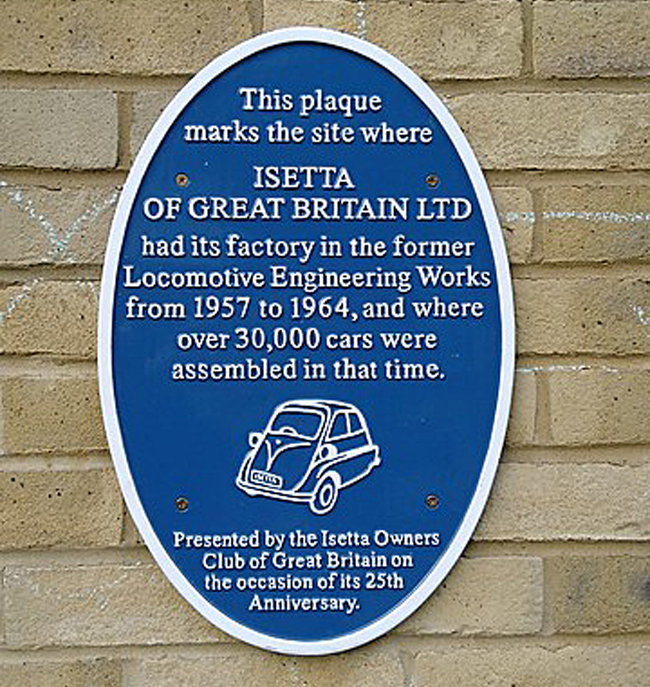 Production ceased in 1964, and the site remained derelict until 1969, when the original Locomotive Works were demolished.  The land was then used for a large car park and some small-scale commercial enterprises, but the area remained blighted.  After many proposals for redevelopment, work began in 2004 on a major housing development, known today as the New England Quarter, comprising two hotels, social and private housing, offices, a supermarket, and a large underground car park.  Both the Isetta factory and the former Locomotive Works are remembered today in the names given to some of the places on this site.