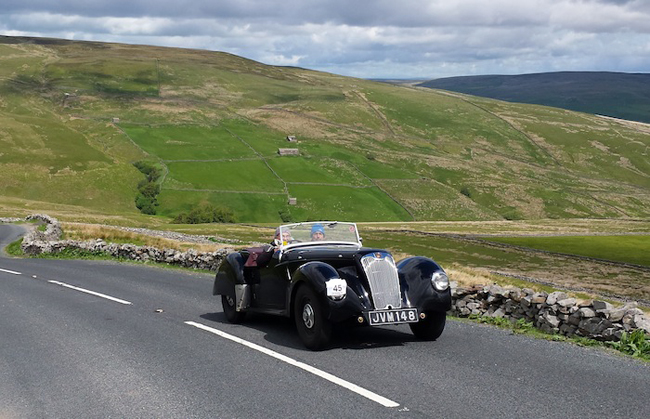 A long-established motoring event for vehicles manufactured before 1957.

Location
The trial follows a circular route starting at Beamish in County Durham, and reaching as far south as Bainbridge, in North Yorkshire.

Commentary
Organised each year on the third Sunday in June, the Beamish Safety and Reliability Trial is a 155-mile run across some of the steepest terrain in Durham and North Yorkshire.

The Trial is a re-enactment of the various motor trials and tests run in the area before 1939, and is open to cars, motorcycles and light commercial vehicles manufactured before 1957.

Starting at the open-air industrial museum at Beamish, the route takes competitors south through Wolsingham, Bowes, Langthwaite to the halfway point at Bainbridge.  Entrants then drive north to Tan Hill Inn, Britain’s highest public house, and then on to Brough, Romaldkirk, Stanhope and finally returning to Beamish.

A circular route running south to Bainbridge in N Yorkshire.

A long-established motoring event for vehicles manufactured before 1957.