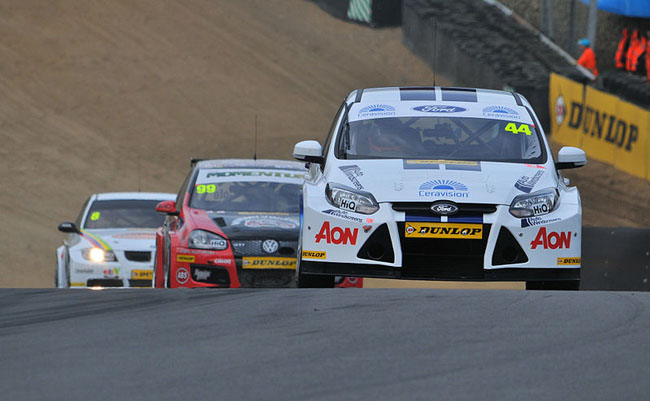 A famous race track, set in a natural bowl in rolling Kent countryside.

Commentary
The circuit is located in a natural amphitheatre and was first used in the 1920s as a grass track for racing cyclists.  In 1926, it became a venue for motorcycle racing.  After the Second World War, a cinder track was laid on the circuit, and then upgraded to tarmac in 1950.  It was at this point that the track became used by cars, as well as motor cycles. 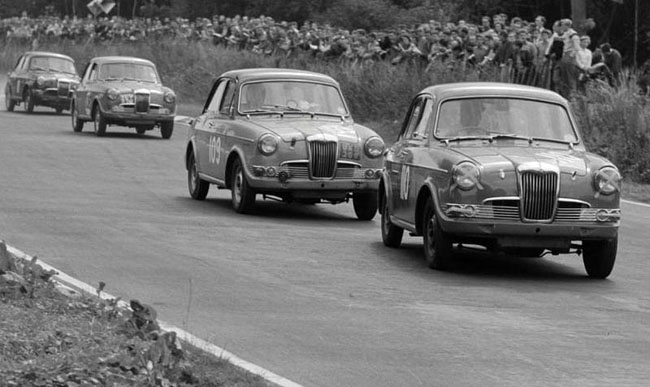 Over the years the track at Brands Hatch has been extended and modified.  Today it is used in two configurations: the 1.2 mile short ‘Indy’ track, and the longer ‘Grand Prix’ layout, which is 2.3 miles in length.   The circuit has hosted a wide range of motor sport.  The first events were mainly for 500cc and Formula Three cars, but Brands Hatch later went on to become a major venue for much more powerful saloon, sports and racing cars.

One-and-half-litre Formula One cars first used the track in 1961, and from 1964 until 1986, it was used (alternately with Silverstone) as the location of the British Grand Prix.

Currently the circuit hosts a number of championship events, including Formulas Two and Three, the German and British Touring Car Championships, international GT racing, plus single marque and historic events.

A famous race track, set in a natural bowl in rolling Kent countryside.