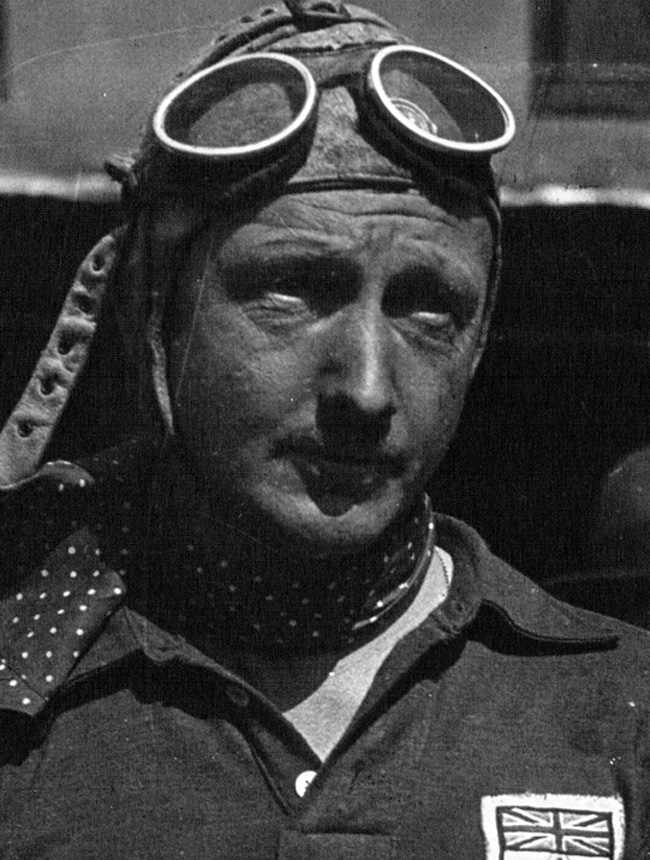 The workshops set up by Sir Henry Birkin to produce the famous supercharged Bentleys of the late 1920s and early 1930s.

Commentary
Sir Henry Ralph Stanley Birkin, 3rd Baronet, was born in Ruddington, near Nottingham, in 1896.  His family were amongst the city’s most wealthy lace makers.

Henry, known from his childhood as ‘Tim’, began motor racing in 1921 at the Brooklands Easter Meeting, driving a 2-litre DFP, which he had bought from the DFP dealership in Mayfair run by Walter (WO) Bentley and his brother, Horace (HM).

Family business commitments prevented Henry from returning to the track until 1927, when he and his brother Archie entered the Six-Hour Race at Brooklands, as members of the Bentley team. 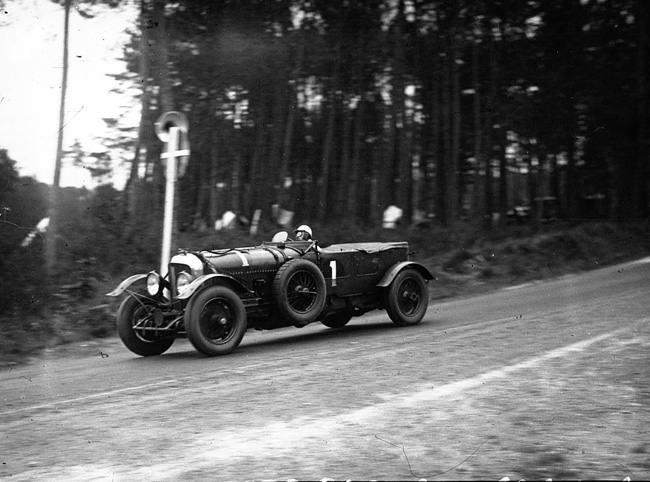 His association with Bentley continued over the next four years, three of which were with the Bentley works team, until they withdrew from racing in 1930.

WO described Henry Birkin as “a magnificent driver, absolutely without fear and with an iron determination, who - while there was anything left of his car - continued to drive it flat out and with only one end in view.” (WO Bentley, My Life and My Cars.)

Motor racing was a true passion for Birkin; he wanted to drive as far and as fast as possible… for himself and his team, but also for his country.  He was hugely patriotic, and became very frustrated (and critical) when he saw drivers from other countries benefiting from track facilities and technical developments that the British motor racing establishment were slow to embrace.

One example of this was the success that Mercedes-Benz were having with supercharging their engines.  Birkin tried to persuade WO of the benefits of this, but the Bentley founder was not impressed.  “To supercharge a Bentley,” he wrote later, “was to pervert its design and corrupt its performance… When we wanted higher performance, we increased the engine size…”

Despite these reservations, Henry Birkin persuaded the automotive engineer Amherst Villiers to build a special blower for the 4½-litre Bentley, with much of the work undertaken at Birkin’s workshop in Welwyn Garden City, which he had acquired in January 1929.    Susan Hall, in her article on Sir Henry states that he hoped to race one of the Bentleys produced at Broadwater Road in the 1929 Le Mans.  However, it appears that there was some concern over the reliability of the new car and that, at the last minute, he accepted an offer from the Bentley team to drive (an unblown) Speed Six.  This turned out to be a good choice for it was in this car, co-driven with Woolf Barnato (the then owner of Bentley Motors), that Henry Birkin achieved the first of his two victories at Le Mans.

The supercharged Bentley first appeared at the Six-Hour Race at Brooklands on 29th June 1929.  Initially, five chassis were built at Broadwater Road, followed later by another 50 at the Bentley works in Cricklewood (in order to enable the supercharged Bentley to be entered at Le Mans the following year).   Once again, this was much against WO’s better judgement.

Initially, the development of the supercharger was funded by Sir Henry himself but, in 1930, he found a sponsor in the Hon Dorothy Paget, a wealthy racehorse owner.    Although the supercharged cars have subsequently become the most iconic of the vintage Bentleys, they were not always the most reliable, and did not win a major race.  Within a year, Dorothy Paget had withdrawn her support, having spent a considerable sum in the process, although she did continue to fund Henry Birkin’s single-seater Bentley, known as ‘Blower No. 1’.

By this stage, Birkin was generally competing in other cars.  In 1931, he had his second Le Mans win, partnering Francis Curzon, the 5th Earl Howe, driving an Alfa Romeo 8C 2300.

In late 1931, or early 1932, Sir Henry entered into partnership with businessman and racing driver, Mike Couper, trading as Birkin & Couper Ltd.  The company used the workshop in Welwyn Garden City for their general tuning and race preparation business, and for the manufacture of a miniature electric model race track, a pre-cursor to modern slot car racing.  It was marketed under the name of Miniature Speedway, and available at the time from 166 Piccadilly, London W1.

On 31st October 1932, Birkin & Couper Ltd closed, with the company going into liquidation.  In March 1933, the workshop at Welwyn Garden City was put up for sale.

Today 19 and 21 Broadwater Road are occupied by Topps Tiles and Majestic Wine, respectively.