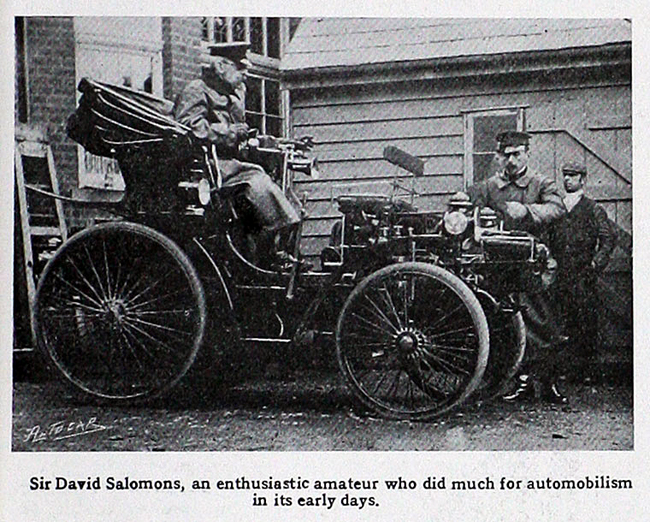 Commentary
Sir David Lionel Salomons inherited the Broomhill estate in 1873 from his uncle, also called Sir David Salomons.  Sir David senior, built the house around 1850, and was an important political figure of the time, and a tireless campaigner against religious discrimination.  He was the first Jewish Lord Mayor of London and the first Jewish person to speak in the House of Commons, when Jews were not allowed to become MPs unless they renounced their religion.  He was elected MP for Greenwich after the law had been changed. 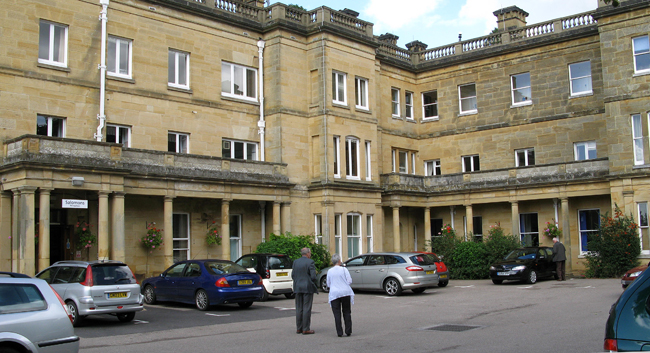 Sir David, the younger, had a keen interest in science, photography and engineering.  He was an accomplished motor mechanic and played a major part in introducing and promoting the motor car in Britain.  He organised the UK’s first motor show at nearby Showfields and was a key figure in the campaign to abolish the Red Flag Act.

In 1900, David Salomons converted the estate stables into purpose-built garages, which remain today, close to their original form.

The house and estate, now known as Salomons, are owned by Canterbury Christ Church University, and the small museum is open to the public.