Situated about three miles south west of Manchester city centre, Trafford Park was, until the late 1880s, a large country estate and deer park, belonging to the de Trafford family.

In 1882, plans were announced to build the 36-mile Manchester Ship Canal, a waterway linking Manchester to the Irish Sea, passing directly alongside the northern boundary of the Estate. Despite strong opposition from Trafford Park’s owner, Sir Humphrey de Trafford, construction went ahead, and the canal was opened in 1894.

Within two years, Trafford Park was put up for sale, and in June 1896 was purchased by a London-based financier, Ernest Hooley, for £360,000.  The location of estate, close to industrial Manchester and bordering the Manchester Ship and Bridgewater Canals, made the site ripe for industrial development.  Regarded as Britain’s first industrial estate, Trafford Park grew substantially with the arrival of US firms, such as Westinghouse, Kellogg’s and Ford.

It later played a very significant part in the production of munitions during the Second World War, but declined in importance during the late 60s and 70s.  However reorganisation and investments in the 80s and 90s have meant that Trafford Park is once again a major centre of employment. 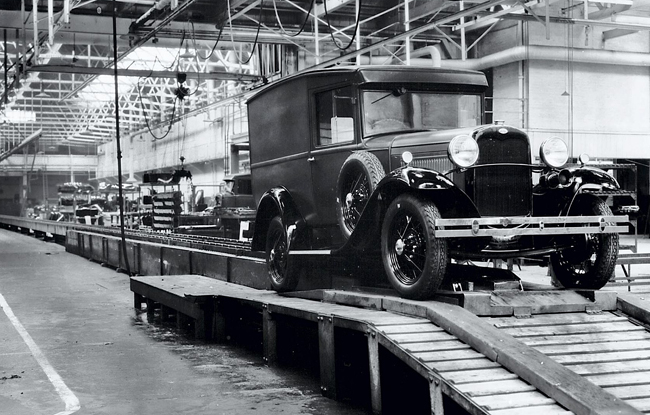