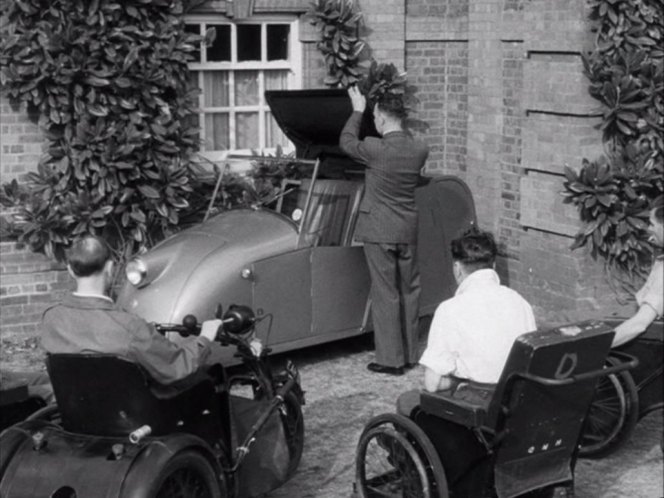 Originally set up by A.C during the Second World War, the works on Tagg’s Island are probably best known for the production of their three-wheeler invalid cars, which for many years were an important part of the company’s sales.

Commentary
From around 1938, A.C, like many British car manufacturers, became increasingly involved in the nation’s preparations for war.  In A.C’s case, this involved the manufacture of aircraft parts (for the Fairey Aircraft Co.) together with the construction of firefighting vehicles, such as water tank trailers and pumping units, built on Ford and Bedford chassis. 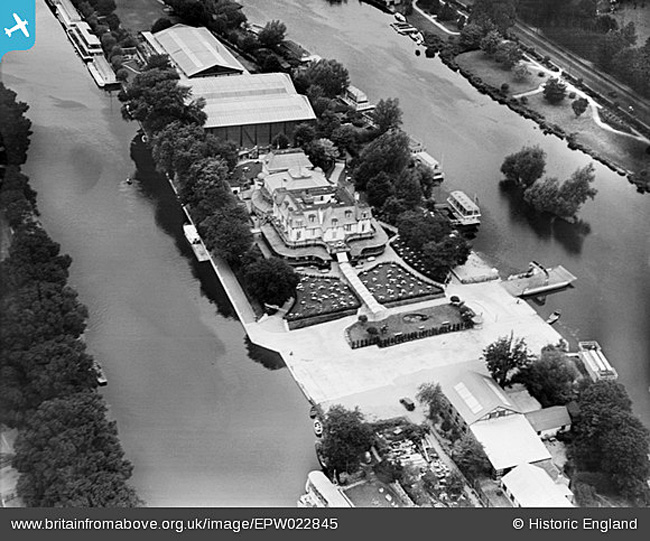 However, the demand for this and other military work was such that the space available at the company’s works in Thames Ditton was proving to be inadequate.  As a result, in 1941, William Hurlock, A.C’s managing director, bought the lease of Tagg’s Island; a small piece of land about 350 yards in length and 75 yards wide, situated in the middle of the River Thames, between Bushy Park on the north bank, and Hurst Park on the south. 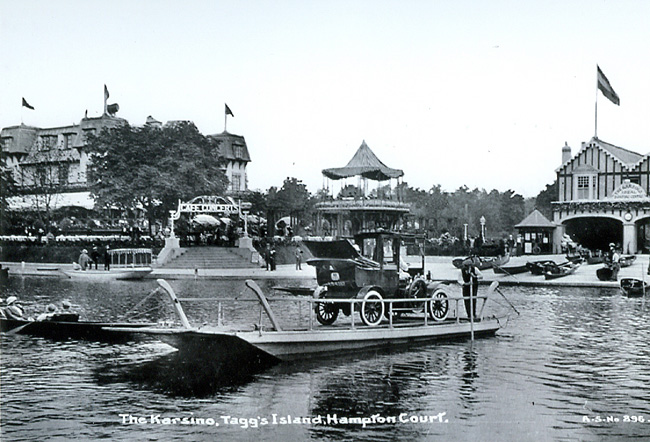 The Island has a fascinating history, and for much of the early twentieth century was a popular resort and nightspot, attracting huge crowds of visitors.   As well as the houses and houseboats belonging to those who lived on the Island, there was a large hotel, a theatre, a ballroom, an ice skating rink, and even covered tennis courts. Undoubtedly a place for pleasure.

With the lease having been purchased for more factory space, changes were perhaps inevitable.   The hotel and grounds were taken over by A.C, the skating rink and tennis courts converted into a factory, and a bridge was built, connecting the Island to the Middlesex bank for the first time.  For the remainder of the War, Tagg’s Island focussed largely on munitions. 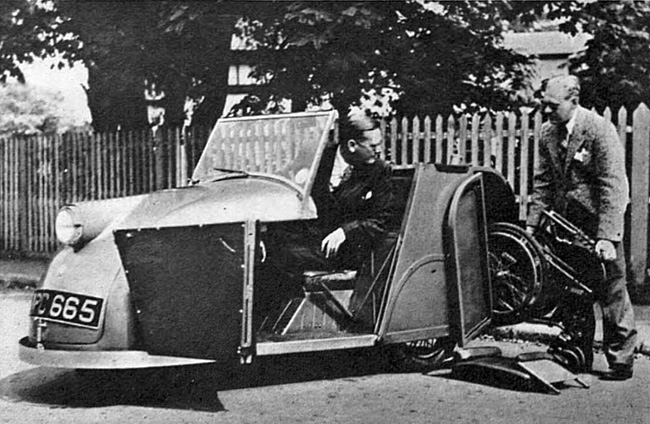 It wasn’t until 1947 that A.C launched its first post-War model, the Two-litre saloon, built at Thames Ditton.  At about the same time, the company also became involved with the Government’s invalid carriage programme under which a number of manufacturers were contracted to build three-wheeler vehicles of varying designs for disabled ex-servicemen. 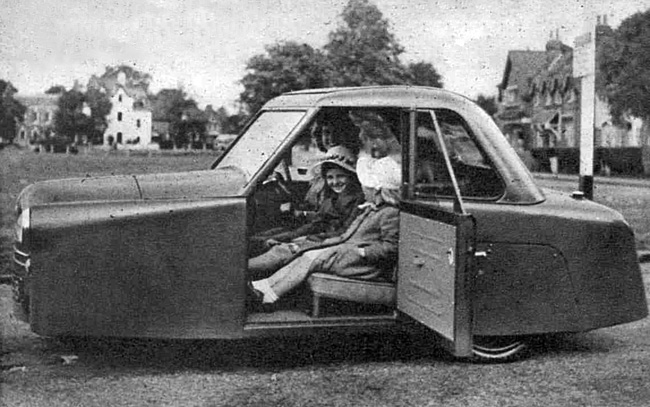 For the next 20 years, Tagg’s Island became the base for A.C’s three-wheeler output.  This included the All-Weather Tricycle, the company’s first vehicle for the disabled, and their second, the A.C Acedes, launched in 1957.  In between these two models was the A.C Petite, built between 1952 and 1957.

Other A.C products from the Tagg’s Island factory included the “Bag Boy”, a folding golf trolley, manufactured in the early 1950s under U.S licence, together with carriages for the Pier railway at Southend on the Essex coast. 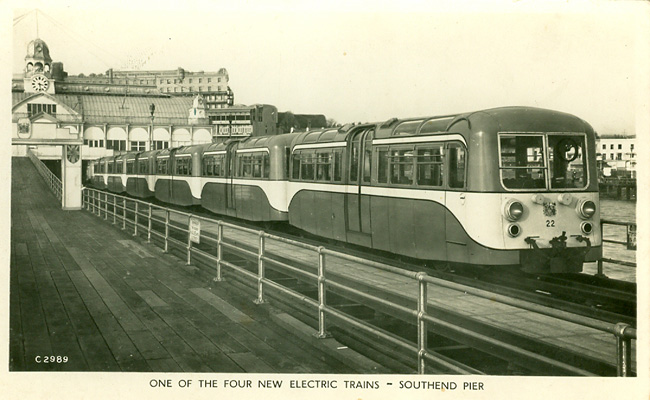 Opened in August 1889, Southend Pier is the longest pleasure pier in the world.  It measures 1.34 miles in length and, since 1890, has carried a three-foot-six-inch-gauge railway for almost its entire length.  The railway proved to be hugely popular and, over the years was extended and up-graded.  The carriages were originally of an open-sided design, but in 1949, the entire rolling stock was replaced by four new trains, each of seven cars, and built by A.C on Tagg’s Island.

After years of deterioration, the railway closed in 1978, but re-opened eight years later with two new diesel trains.  A major fire in 2005 partially destroyed the pier, but by 2009, the railway was running once again.  Three of the A.C carriages are preserved at the Pier’s museum.

A.C was later involved in a second train project when they built five railbuses in 1958 for use on UK branch lines. 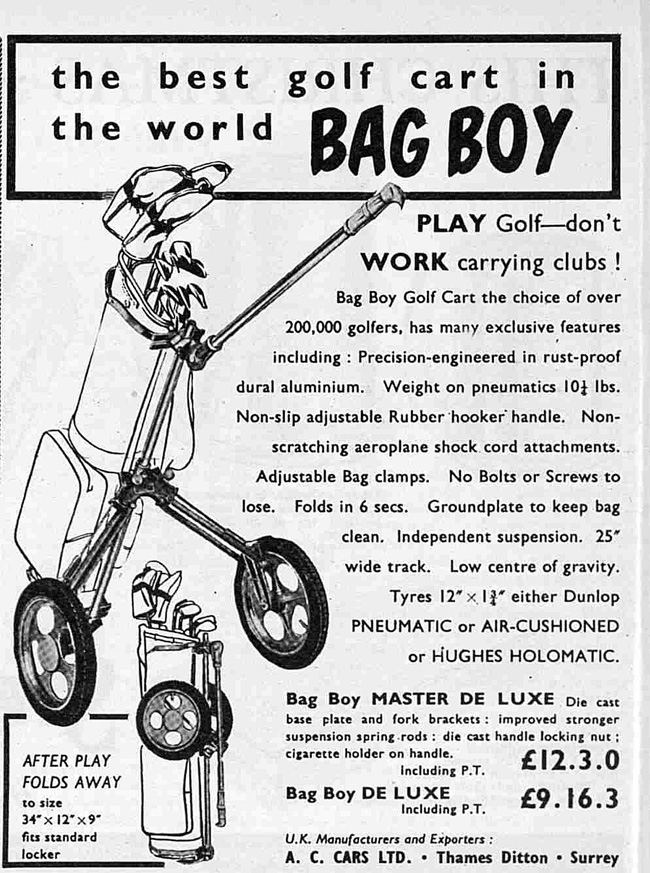 It is believed that A.C left Tagg’s Island sometime in the mid-to-late-sixties.  The production of invalid carriages, was transferred to Thames Ditton where they were made until 1978 when the contract was terminated.  This followed a decision by the British government to replace the Invalid Vehicle Service with a mobility allowance.  At the time of the announcement there were well over 20,000 invalid three-wheelers in service.  The last government-owned vehicle was collected from its user in October 2004.

Originally set up by A.C during the Second World War, the works on Tagg’s Island are probably best known for the production of their three-wheeler invalid cars, which for many years were an important of the company’s sales.