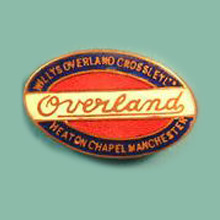 A joint venture between Crossley and US manufacturer Willys-Overland, designed to widen the UK company's product range.

Commentary
In 1919, Crossley Motors established a new partnership with the Willys-Overland Corporation of Toledo, Ohio, intending to widen its model range by importing and manufacturing the US car, using British-built bodies. 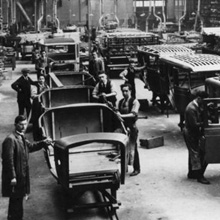 The premises used was the former National Aircraft Factory No 2 at Heaton Chapel, which Crossley’s had managed since 1917.

Initially, bodies were fitted at the works to cars manufactured from kits supplied from Canada, but gradually the UK content of the cars and commercial vehicles assembled at the factory was increased. 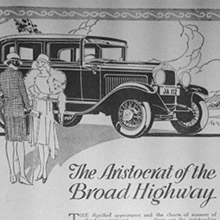 The operation produced a bewildering array of badge-engineered models, including the Willys-Knight and Falcon Knight. In some respects it was a great success; over 40,000 vehicles were manufactured between 1919 and 1932 – far more than the number produced by the UK parent company in Manchester.

Despite some success in the early 1920s, by 1931 Willys-Overland-Crossley (WOC) was in serious financial trouble; sales to the US were at a standstill, and the purchase of the motor manufacturing branch of A J Stevens Ltd (AJS), had yet to bear fruit. 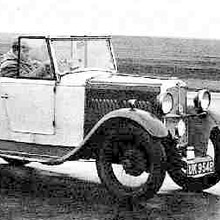 AJS cars were manufactured for about a year at the Heaton Chapel factory, however, by 1933 both AJS and Willys-Overland-Crossley had gone into liquidation.

WOC also had a factory Berlin where they manufactured left-hand drive Austin Sevens under an informal agreement with the Austin Motor Company. 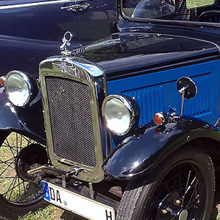 The Austin Seven Friends site, provides some interesting background details to this.   Although WOC ceased UK production in 1933, there is evidence to suggest that the manufacture of Austins at the Berlin plant continued until 1938.