George Johnston and the Mo-Car Syndicate 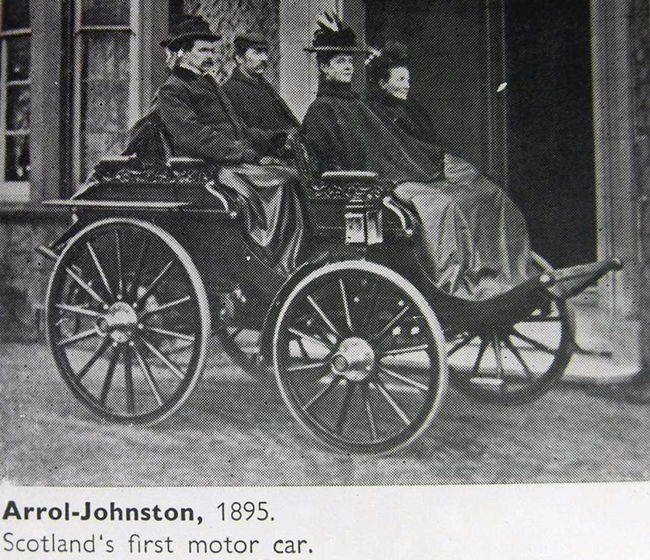 Founder of the company that built Scotland’s first motor car.

Commentary
In 1861, the Rev. James Aitchison Johnson, his wife, and their five children moved from West Linton in Peebleshire to Mosesfield House in Springburn.  The minister was a well-known and highly respected figure in the area, and a founder member of the Scottish Temperance League - advocating complete abstinence from all liquor. 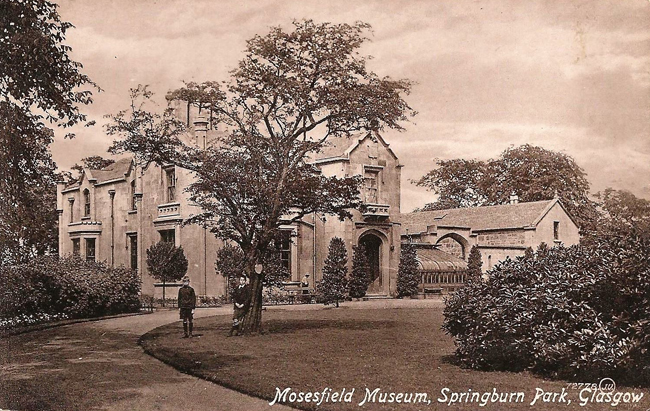 It was here that George, one of their three sons, constructed what is held to be the first motor car built in Scotland.  Initially apprenticed in 1870, at the age of 15, to the Neilson & Company locomotive works, George Johnston went on to work on a wide range of engineering applications: devising machinery for use in food production, textile manufacture and, probably most famously, transport.  His vehicles included an oil-fuelled, steam-powered tram (1895) and an “electric motor car, to be used for the removal of city refuse” (1899) - both built for Glasgow City Corporation. 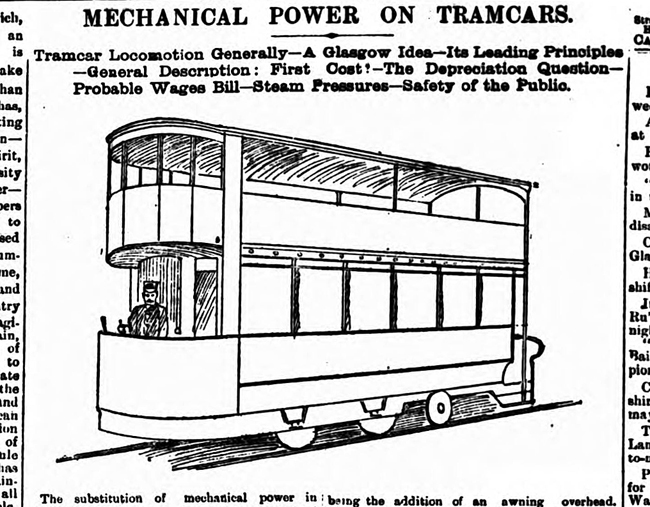 1895 looks to have been a busy time for George Johnston; for it was in October of that year that he took delivery of what some sources report as being the first two cars to be imported Scotland, a Cannstatt-Daimler and a Panhard et Levassor.  However, in a lecture to the Institute of Mechanical Engineers, in May 1961, A Craig Macdonald and A S E Browning stated that the Panhard had been bought as a chassis, second-hand, from a Mr Elliott, living in the Borders.  Additionally, motor historian, the late Malcolm Jeal, suggested that the Daimler may just have been an engine, and not a complete car.

Determined to improve on existing designs, George Johnston started to build his own car in 1895, which was almost certainly completed by the end of the year.  On 27th January 1896 he was convicted of driving a horseless carriage (of his design) on the streets of Glasgow “at an hour when locomotives are not allowed there”.  In his defence, Mr Johnston explained that the car neither emitted vapour nor frightened horses, nor was it a locomotive in the sense of the Act.  He was fined two shillings and sixpence.

The vehicle itself was of a dog-cart design, rather like a small traditional horse-drawn carriage.  It had a 10 h.p (or possibly 12 h.p) engine mounted underneath the body.

It is at this point that George Johnston began to seek financial backing for larger-scale production.  It came in the form of a syndicate, chaired and largely funded by Sir William Arroll, whose company had built the Forth Bridge, the second Tay Bridge, and the structure of London's Tower Bridge.  Members of the Mo-Car Syndicate, as it was called, also included George Johnston (managing director), his cousin Norman Osbourne Filton (works manager), and Thomas Blackwood Murray, an electrical engineer of some standing, (commercial manager).  Other members of the syndicate included local thread manufacturers, Archibald and Peter Coats.

Mo-car was one of several words (another was autocar) used at the time to describe what we know today as the motor car.  The term was originally applied earlier in the 19th century to the steam-powered carriage. 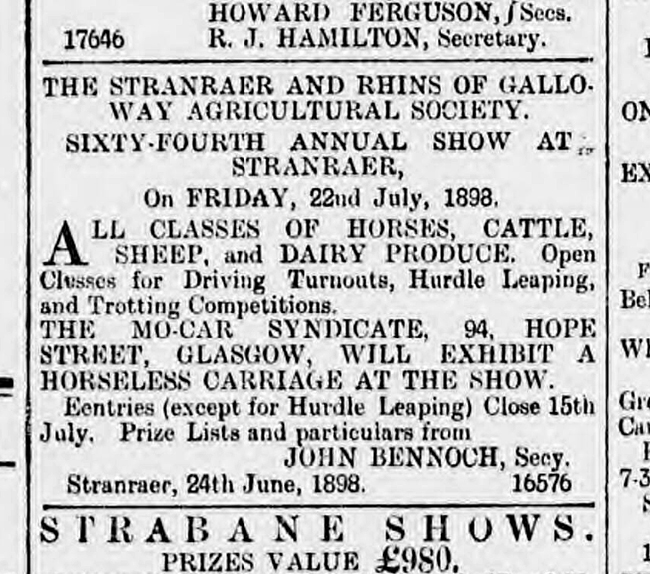 By 1898, the syndicate had the use of premises at 94, Hope Street in Glasgow, presumably as an office, and in early January 1899, it was announced that £50,000 had been invested in the syndicate by Sir William and the Coats’ brothers.  This was almost certainly to finance the company’s first factory in Camlachie, in the east end of Glasgow, about three miles to the south.

Founder of the company that built Scotland’s first motor car.