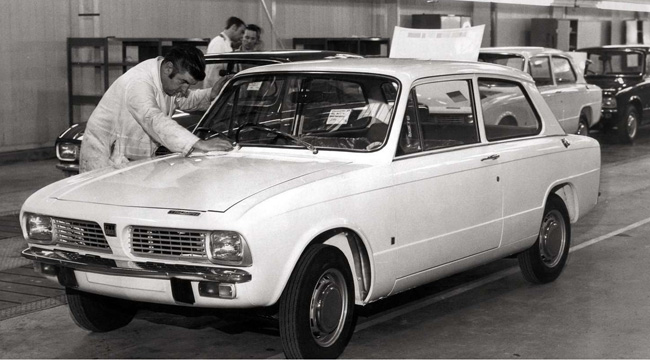 Commentary
The Standard Motor Company was founded in 1903 by Reginald Maudslay.  Triumph was originally a bicycle, and then motorcycle, manufacturer, and it wasn’t until 1923 that they produced their first car. However, in 1939 the company went into receivership, and in 1945, its assets, including its name, were bought by Standard.

For many years, the production of both marques was largely based at Canley to the south west of Coventry, from where Standard had operated since 1916.   Its body shells were built by Fisher and Ludlow in nearby Tile Hill.  However, when Fisher and Ludlow were taken over by the British Motor Corporation (BMC) in 1953, Standard-Triumph’s chairman, Alick Dick, feared that their contract with the body maker could easily be terminated, leaving Standard-Triumph without a body supplier. 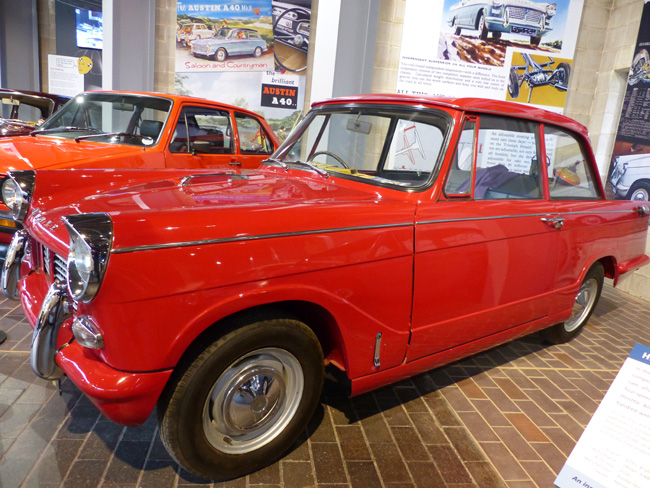 In fact, this concern proved to be entirely justified.  In late 1957 when Alick Dick approached Leonard Lord, Chairman of BMC, to ask if Fisher and Ludlow would make the body panels for the forthcoming Triumph Herald, Lord turned down the request, explaining that he was not prepared to use BMC’s resources to make money for a rival company.

Clearly needing their own pressing and body assembly division, Standard-Triumph’s moved to take over Mulliner’s Ltd of Birmingham, who were already making bodies for the company.  A year later, in 1959, with money from the sale of their interest in Massey-Harris tractors, they made a successful bid for another supplier - Hall Engineering, based in Speke - who already were making the bonnet and wing assembly for the new Triumph Herald.

It was the enlargement and re-development of this factory that became known as the Speke (No. 1) Plant, from which Triumph Herald, Vitesse, TR4, 1300 and 1500 body panels were later produced.

Plans for the Speke (No. 2) Plant were well underway before the first plant had been opened; work on the new development began in March 1960.  However, Standard-Triumph’s mounting losses meant that the project had to be halted.  In fact work on the plant did not begin again until 1966, by which time the Standard marque was no longer in production.

Speke (No. 2) was built at a cost of £10.5m and was described at the time as one of the most modern factories of its kind in Europe.  The first cars to be produced at the plant were Triumph Toledos, along with part-assembly of the Triumph Stag.  In 1974, British Leyland, as the group was now known, decided to move Toledo production from Speke to Coventry, and in its place to assemble the new TR7.

The Triumph was initially developed for sale in the United States (right-hand drive models were not produced for a further two years), but sales were disappointing; the car did not have the power and appeal that many buyers were looking for. 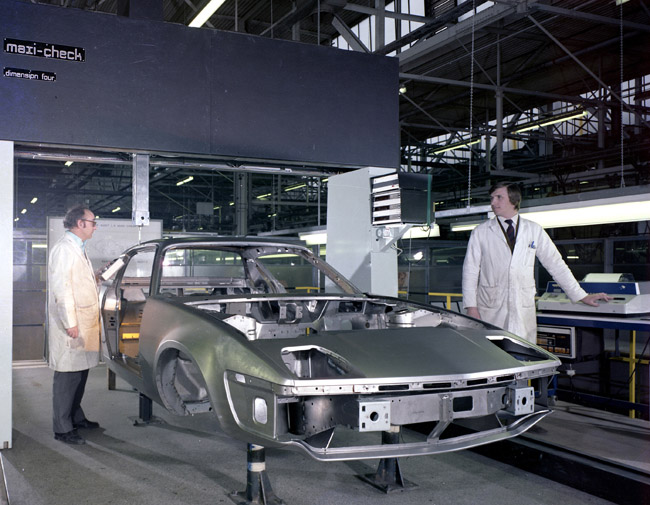 The TR7 also became dogged with a reputation for poor quality and design, and by the late-seventies Speke had become a by-word for poor industrial relations.  On the 26th May 1978, less than nine years after it had opened, the No. 2 Plant was closed, and TR7 production moved to Canley.

Blame for the closure is often laid at the door of the unions.  Whilst it is undoubtedly true that absenteeism and stoppages were a problem, the circumstances leading to the plant’s demise were more complex.  After the discontinuation of the Triumph Stag, the TR7 was the only model produced at the No. 2 Plant.  As a result, the factory was always working at well below capacity, and could never provide the company with a return on its investment.  The economics of the operation were further hampered by the cost of transporting engines and transmission from Coventry to Merseyside.

The mid- to late-seventies was also a period of great financial instability within British Leyland. Despite efforts to integrate and streamline the Corporation, the decision-taking and organisation of sections of management were poor, sometimes resulting in lay-offs for which the unions had no responsibility. 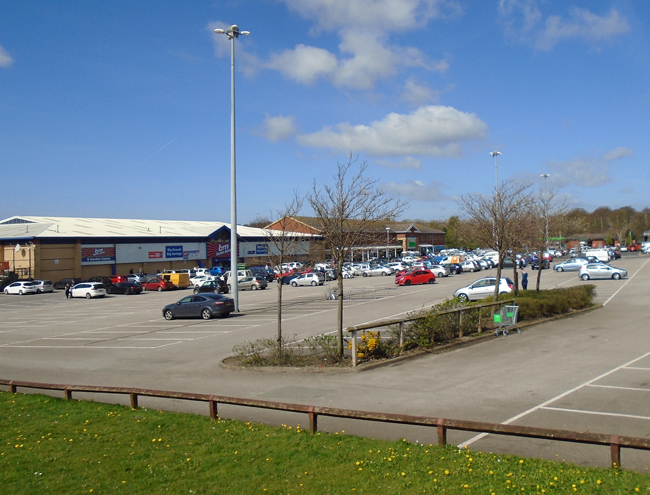 Speke was badly hit by the closure; 3,000 jobs were lost when the Plant closed in 1978, and there were a further 2,400 redundancies a year later when it was announced that the nearby Dunlop factory was also to close.  The re-generation of the area was slow, and it wasn’t until the early 21st century that some sort of economic well-being returned to the area.  The site of the former No. 2 Plant is now part of the Hunts Cross Retail Park, which has a number of its roads named after various Triumph models.  Peter Robinson, from the Stag Owners' Club, has established that the boundaries of the former Plant are encompassed by Spitfire Road, Triumph Way, Herald Avenue and Vitesse Road.