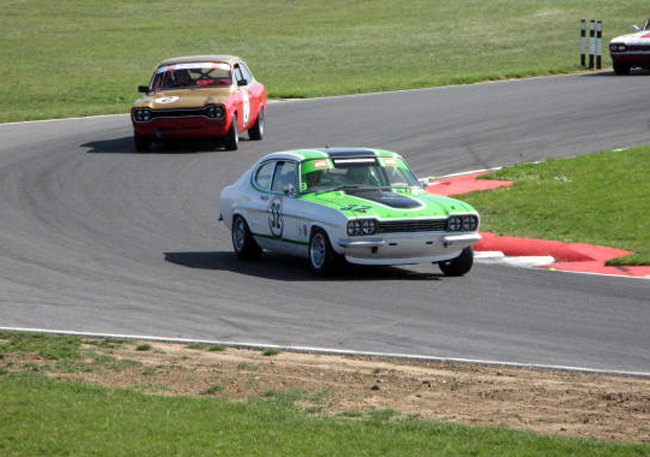 A motor racing and test track that has undergone significant changes in recent years.

Location
Snetterton Circuit, Norwich, NR16 2JU, ten miles north-east of Thetford on the A11, between London and Norwich.

Commentary
Like many other circuits in Britain, Snetterton began life as an airfield, known as RAF Snetterton Heath.  Constructed in 1942, and intended for RAF use, it opened in 1943 and operated as a base for a number of US squadrons equipped with B-17 Flying Fortresses, used extensively on bombing raids in Germany, France, the Netherlands, and Belgium.

Snetterton’s first motor race took place in October 1951, a meeting organised by the Aston Martin Owners’ Club.  The initial track appears to have been a 2.71-mile circuit, following the line of part of the old runway, and not unlike the shape in plan of an aircraft tail-fin.

Three of its seven main corners were named after the three men largely responsible for the track’s initial development - Riches, Coram and Sear.  A fourth corner, no longer part of the current track was named after Jim Russell, who established the world’s first racing driver school at Snetterton in 1957.  In the 1950s, Snetterton was regarded as one of the fastest tracks in the country.

During the 1970s and 80s, the circuit was extensively redesigned.  With the removal of the Norwich and Home Straights and progressive changes the circuit has evolved into an almost rectangular perimeter, containing three separate circuits; the Snetterton 100, 200 and 300, used for a wide range of different events, including the current BTCC championship.

Snetterton has also traditionally hosted a number of long distance races.  In the late 1950s, the first of many three-hour races were run at Snetterton as part of the Autosport Championship.  In 1980, the first Willhire 24-hour race took place at the circuit – extended to 25 hours in 1989, in honour of the Silver Jubilee.  This tradition continues today with the annual 24-hour Citroen 2CV race, held on the 200 course in early September.

Snetterton was the home circuit of Cambridge-based driver Archie Scott Brown who, although severely disabled at birth, became a well-known figure in the mid-1950s, until his untimely death at Spa-Francorchamps in 1958.  A plaque commemorating the Lister-Jaguar driver is located on a wall of the scrutineering building in the circuit paddock.

A motor racing and test track that has undergone significant changes in recent years.