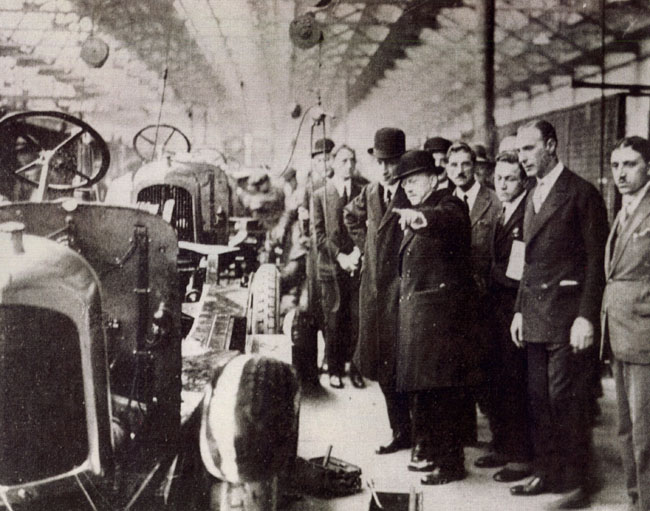 For 40 years, the site of Citroën's UK manufacturing plant, from where cars were distributed to Britain and the Commonwealth.

Commentary
The Slough Trading Estate, on which the Citroën factory was located, came into being shortly after the First World War.  In 1918, a large area of land to the west of Slough, and next to the Great Western railway line, was bought by the government as a repair depot for army transport.

Within months, however, the war had ended.  For a while the site continued to be used for the repair and sale of ex-army vehicles, but by 1925, the land had been sold to a group of investors who established the Slough Trading Estate – one of the earliest of its kind in the country. 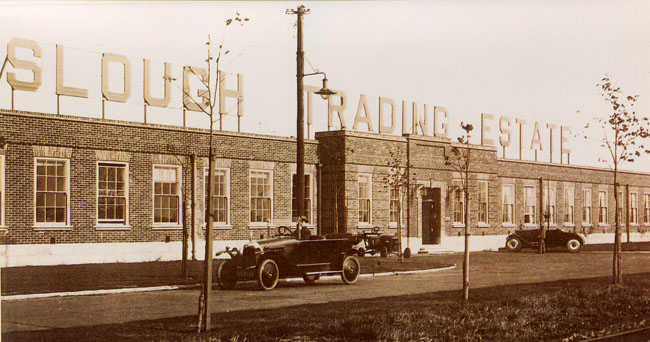 Citroën was one of the first companies to establish itself on the site.  Although the development brought many jobs to the town, it was not greeted with universal approval.  Sir John Betjeman’s poem, written in 1937 and simply entitled Slough, criticises the construction of more than 800 factories in the Thames Valley… “Come friendly bombs and fall on Slough!  It isn't fit for humans now.”

More than 57,000 Citroëns were manufactured and assembled in Slough; from the early Type C to the final DS21, including on the way, the Light Fifteen, the 2CV and the Citroën Bijou. 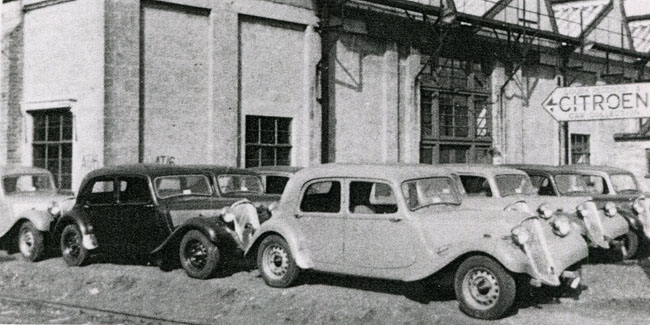 Citroën assembly in Slough ended in February 1966, 40 years to the day after it had begun.  For a while the factory was retained as a marketing, service and distribution centre, but in 1974, these sections were moved to other premises, and the buildings were taken over by Mars confectionery.  No trace remains today of the Citroën works.

For 40 years, the site of Citroën's UK manufacturing plant, from where cars were distributed to Britain and the Commonwealth.