The Skegness to Boston Speedway 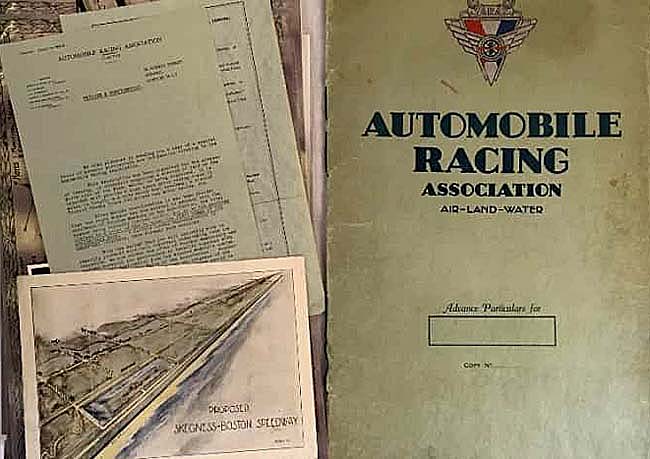 A 'super speedway' designed to rival the best in the world.

Location
Parallel to the northern edge of the Wash, from Gibraltar Point (three miles south of Skegness) to Clay Hole (about four miles south east of Boston).

Commentary
In August 1929, an application was submitted to the Board of Trade by the Automobile Racing Association Ltd. to construct a 15-mile speedway to run behind the northern shore of the Wash, between Skegness and Boston.

The project, which had the backing of the local council and leading figures in British motor sport, was designed to provide a venue for attempts on the world land speed record (WLSR); something of considerable interest in Britain and America during the 1920s.

By 1927, the WLSR had breached the 200 mph barrier, and it was clear that there were no longer any suitable site Britain for further attempts. 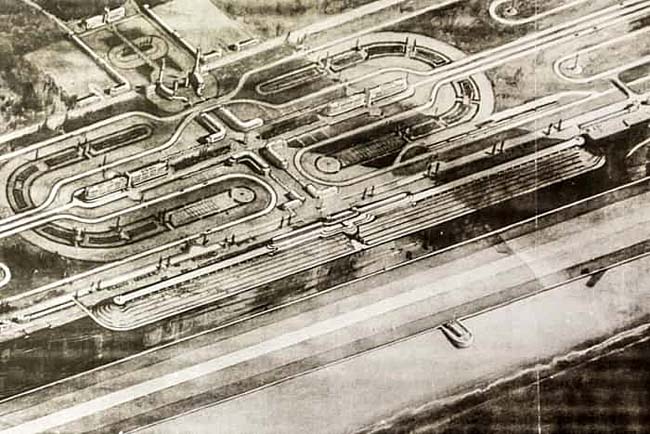 It was proposed that the main speedway would be a straight track 15 miles long, and 200 yards wide, with seating for up to 150,000 spectators in a grandstand constructed along four miles of its length.

Plans indicated that the site would also contain a twelve-mile Tourist Trophy race track, together with a motor industry test track, a one-and-a-half-mile waterway for motor boat racing, and an aerodrome.

Although the scheme received widespread backing, including a promise from the Treasury to grant 8,000 acres of Crown land to the project, its proponents were unable to raise the necessary funds.

On 13th May 1931, the Times reported on a luncheon in London, held to mark the formal opening of the project, and the December issue of Motor Sport suggested that the scheme was still on-going.  However, whatever exactly happened after this date is something of mystery. The speedway was never built, and documents recently discovered in the archives of the Lincolnshire historian, David Robinson, suggest that the economic uncertainty following the 1929 Wall Street Crash ultimately put paid to the project.

Parallel to the northern edge of the Wash, from Gibraltar Point (three miles south of Skegness) to Clay Hole (about four miles south east of Boston).
England.
United Kingdom ,PE24 4BA
A 'super speedway' designed to rival the best in the world.