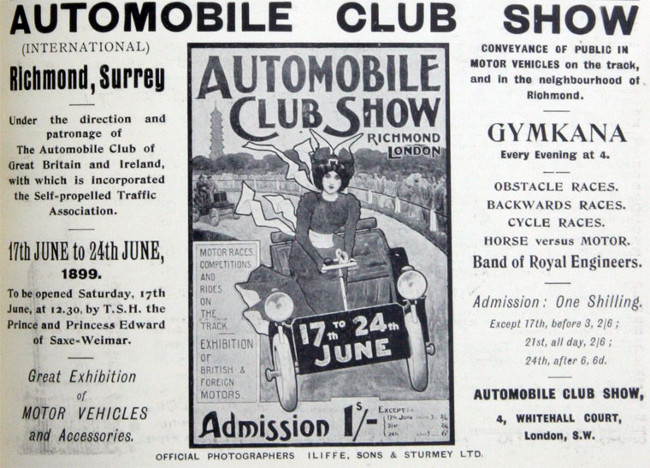 Generally acknowledged to be the first motor sport event in Britain to be held on public roads.

Location
The B353, now known as Star and Garter Hill, between Petersham and Richmond Gate.

Commentary
Between 17 and 24th June 1899, the Automobile Club of Great Britain and Ireland (later to become the RAC) organised a motor exhibition in Richmond Park.  Events included a parade of cars, exhibitions, and driving competitions.  (Amongst the latter were a forward driving competition, a driving backwards competition, and several horse v motorcycle and car races – which the horse invariably won.) 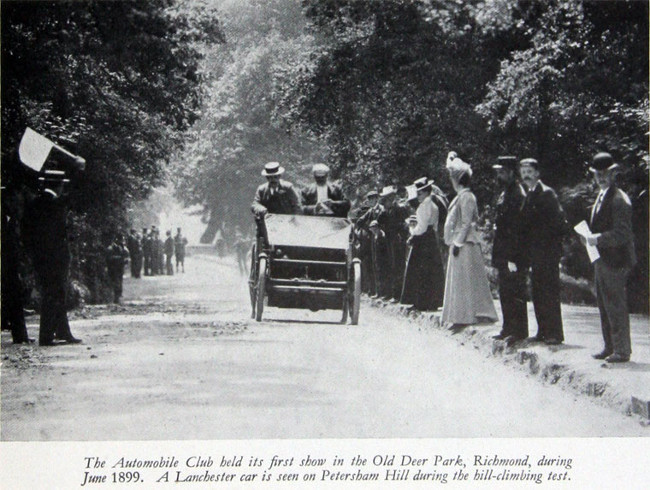 On 9th June 1899, as a prelude to the exhibition, a timed hill climb and descent was run on Petersham Hill.  Competitors started at the Dysart Arms (now a restaurant) and drove up the 325-yard timed section to the top of the hill, where they turned round and returned to the starting point, taking part in a brake test on the way down.  The fastest time of the day was on a Barrière Tricycle, timed at 14 mph, but the gold medal for the best overall performance was awarded to the driver of an 8hp Lanchester.

PW Kingsford, in his book on FW Lanchester, states that Frederick Lanchester entered and drove his own car at to the Show and Trials at Richmond, but it not clear whether this was the winning car.

Julian Hunt in Motorsport Explorer explains that the 1902 event was quite unofficial, with cars having to climb Petersham Hill ‘with a full complement of passengers’, before going on to a second test (just over two miles away) on the nearby Brooomfield Hill.

Generally acknowledged to be the first motor sport event in Britain to be held on public roads.