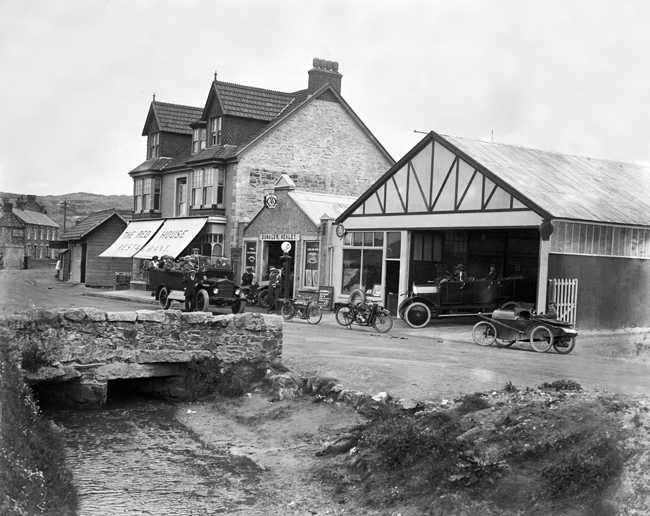 A garage business established by Donald Healey on his return as a pilot in the First World War.

Commentary
A member of the Royal Flying Corps during the First World War, Donald Healey returned to his home town of Perranporth after the War, where he set up a garage next door to his parent’s shop, originally known as the Red House Garage.

It was around this time that he began to take part in local motor rally events, and was a founder member of the local Truro and District Motor Club.  Success in competitions followed, and he built up a strong reputation in rallying circles, driving MGs, Rileys and Triumphs.

In 1929, Donald Healey entered his first major international rally - the Monte Carlo - driving a Triumph Super Seven, with a small 832cc engine.  Like many competitors that year, he was beaten by the severe weather conditions; but a year later, he tried again in the same car, and came seventh. 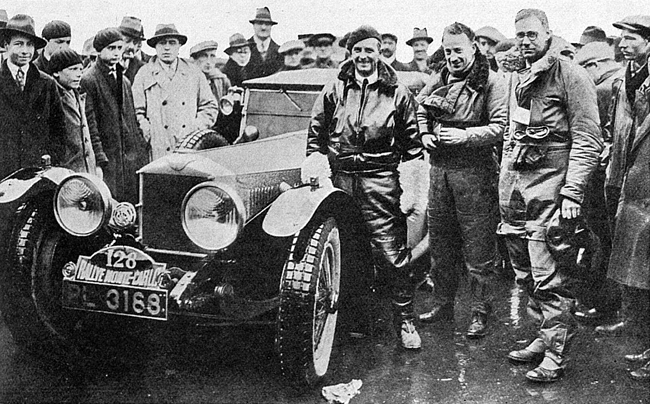 For the 1931 Rally, he obtained a works’ drive in a 4½-litre Invicta, starting from Stavanger in Norway.  Despite an accident in Sweden that knocked the rear axle of the car back three inches, Donald Healey managed not only to finish the Rally, but to win the event – and a prize of £400.

The following year, he gained second place in the Rally, again driving a 4½-litre Invicta; but in 1933 his entry ended in failure, with an accident en-route from Tallinn to Monte Carlo.  In the same year, he moved to Warwickshire to join Riley and later, Triumph.

By 1930, the business had been re-named the Riley Garage, presumably reflecting Healey's sporting involvement with Riley cars.  In 1934, it was moved to a site a short distance away, on the junction between St Piran's Road and Station Road, where it traded for many years.   In 2021, the Riley Garage re-located to Cligga Head Industrial Estate, on the south-western outskirts of Perranporth.

A garage business established by Donald Healey on his return as a pilot in the First World War.