The Museum of Speed 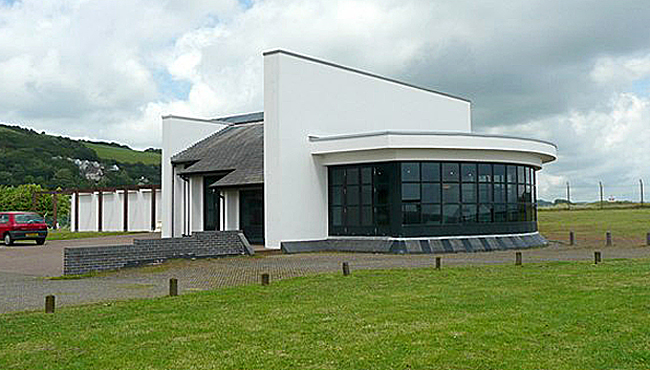 Commentary
Overlooking the beach made famous by the attempts in the 1920s to break world land speed record, the Museum’s main exhibit is Parry-Thomas’s 'Babs', the car that took that record at Pendine in April 1926, with an average speed of 170.624 mph over the measured mile.

Almost a year later, on the 28th February 1927 and shortly after Malcolm Campbell, again at Pendine, had raised the record by a further four miles-per-hour, Parry-Thomas suffered his fatal accident as he tried to reach the magic figure of three-miles-per-minute.

The first people reach the car found that Parry-Thomas had already died.  His body was taken back to Pendine, and later to his home at ‘The Hermitage’ in Brooklands.The wreckage was towed to the yard at the rear of the Beach Hotel in Pendine, and then further inland to a large hole that had been dug behind the dunes at Pendine, where it was buried, along Thomas’s coat and leather helmet.

In 1969, amid some controversy, Owen Wyn-Owen, an engineer and vintage car enthusiast from Capel Curig in Gwynedd, obtained permission from the Ministry of Defence, which had taken over the beach as a firing range during the Second World War, to exhume ‘Babs’.  Although the car was in some ways remarkably well preserved considering it had been buried for 42 years, the aluminium components and bodywork had corroded, and parts of the engine were beyond repair.  It was Owen Wyn-Owen’s intention to ensure that as much of the original car as possible was preserved, but many new or replacement parts had to be fabricated or sourced.

The restoration took 15 years to complete, and ‘Babs’ is generally on show at the Museum for the summer months, from July onwards.

However, it is generally a good idea to check with the Museum in advance to avoid disappointment.