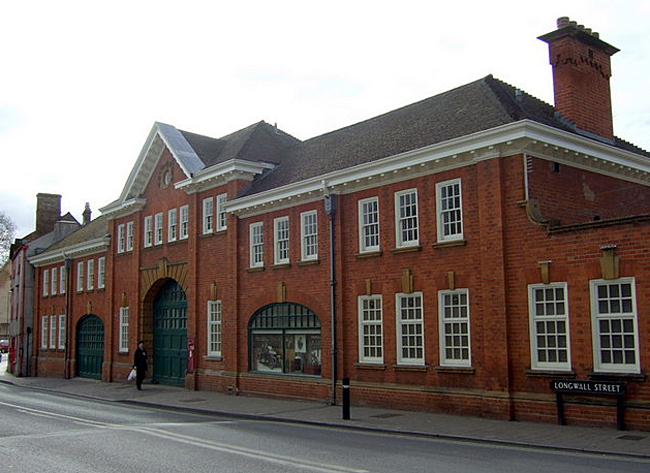 Commentary
In addition to the shop on Oxford High Street, William Morris also ran a motor garage (initially known as the Oxford Garage) close by on Holywell Street.  This initially consisted of a set of former livery stables, formerly used by the occupiers of the adjoining 17th century house.

William Morris took over the premises in 1902, and continued to deal in all aspects of the cycle and motor trades.  However in 1908 the site, which was owned by Merton College, was completely redeveloped.  The wooden buildings were replaced by a two-storey red-brick structure with workshops, stores, inspection pits, and petrol pumps, to the rear.  (A change of name also followed.  In 1910 the new building became known as the ‘Morris Garage’.)

Shortly after this, in 1914, the address was altered from Holywell to Longwall Street; the new building, now separated from the old house, formed a more natural link with the adjoining Longwall Street.)

Dubbed locally as the ‘Oxford Motor Palace’, it was here in 1912 that William Morris designed and built his first car, a two-seater 8.9hp tourer, named the Morris-Oxford (more widely known as the Bullnose Morris), at an advertised price of £175. 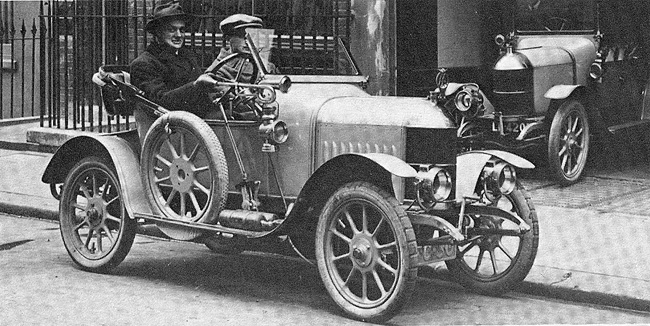 The car was exhibited at the 1912 Motor Show and, according to Collins and Stratton “on the strength of the blueprints alone” William Morris received his first order for 400 cars.  The clients were motor agents Stewart and Ardern, who went on to become the sole London distributors for Morris cars.

However, the Longwall Street site was far too small to meet the requirements of such a large order, prompting one more move – to the old Military College, Cowley.

Despite moving Morris car production to Cowley, the Morris Garage business in Oxford was retained.  With additional premises in nearby Queen Street, the company was subsequently renamed Morris Garages, and the Longwall Street premises continued to be used a service and car hire depot. 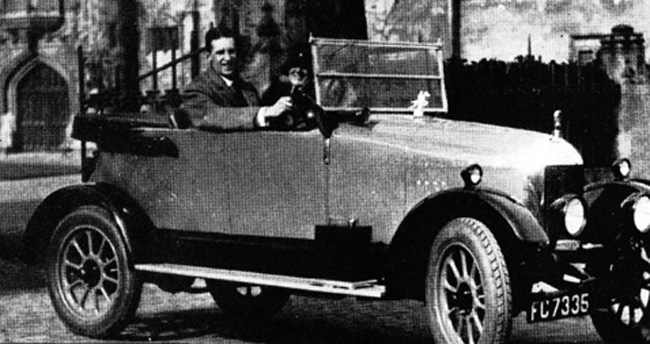 In 1921, Cecil Kimber joined Morris Garages as sales manager and, a year later, was promoted to general manager, after his predecessor suddenly resigned.  Kimber seemed to quickly realise that company turnover could be increased by offering special, more stylish or luxurious, models, based on existing Morris cars.  The first of these was the Morris Garages Chummy, based on the Morris Cowley, and launched in 1923.

The cars were assembled at the Longwall Street premises and, despite their higher price, sold extremely well, necessitating a move to a mews garage in Alfred Lane (now Pusey Lane, it was renamed around 1927).

The Morris Garage building on Longwall Street continued to be used by Morris Garages until the mid to late 1970s.  Although at one time threatened with demolition it survives today as residential accommodation for New College, with the original brick frontage retained, and a small display in one of the windows outlining the history of the building.