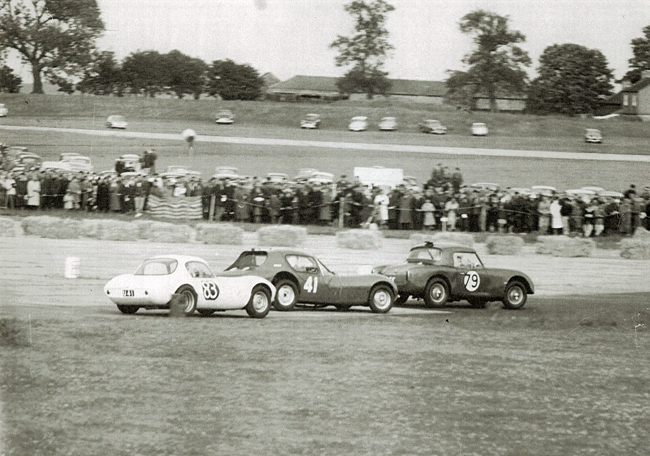 Commentary
RAF Ouston opened as an operational airfield in March 1941.  It consisted of a perimeter track and three runways, crossing almost at the centre of the airfield.

For much of the War, RAF Ouston was home to a number of Hurricane and Spitfire squadrons; and from 1945 the airfield was used for auxiliary support, training and as a glider school. 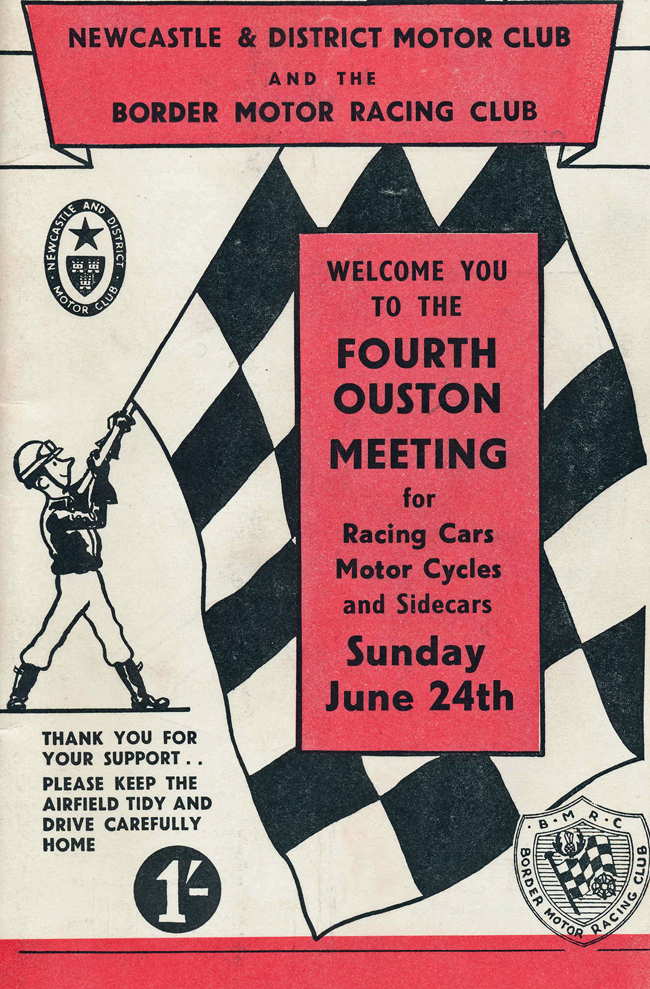 The first motor race at Ouston was held on Saturday 8th August 1959 (whilst the RAF base was still in operation) on the North West quadrant of the airfield with a re-surfaced track.  Further races, organised by the Borders and Newcastle motor clubs took place during the early sixties, and included appearances by Jackie Stewart, as a competitor in 1963, and by Jim Clark as starter for the last race meeting on 21 June 1964.

In 1974, the airfield closed and passed to the army.  It was renamed the Albermarle Barracks.