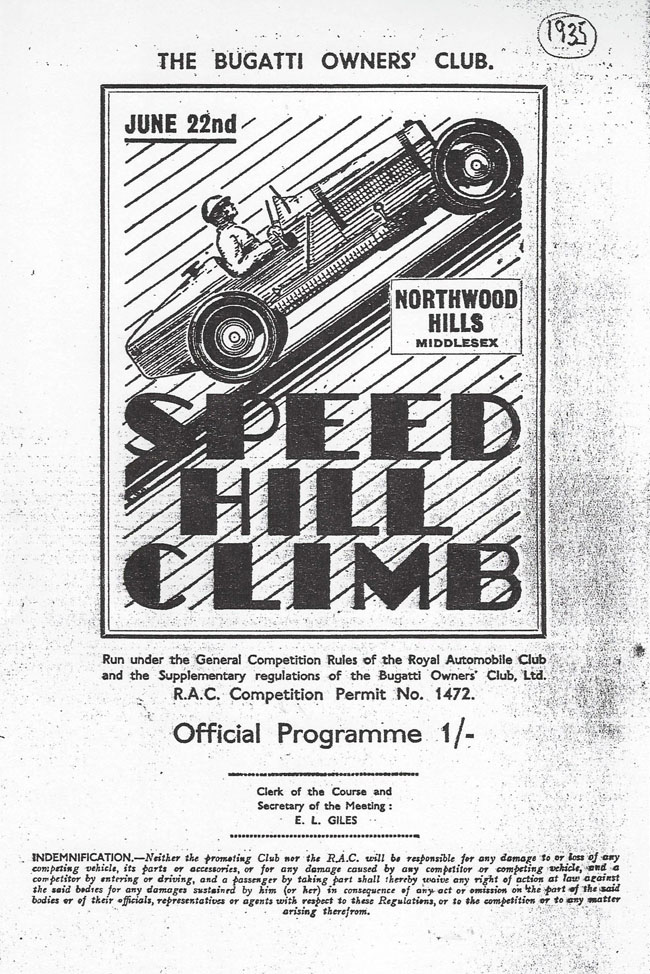 Location
The former Joel Park Estate, to the west of Joel Street, Northwood.

Commentary
On the 22nd June 1935, the Bugatti Owners Club organised a speed hillclimb on a 580-yard, 1 in 10, course to the south of Northwood Hills Station on what was described as the Joel Park Estate.  It is believed that the event took place to the west of Joel Street, possibly close to where Lichfield, Winchester and Colchester Roads now stand.

At the time, these houses were still being built, with the hillclimb in effect taking place alongside the building site.

The sun shone, the crowds poured in and by all accounts there was quite a lot of chaos, with the partly constructed houses being used by many spectators as grandstands.

Amongst the 63 entrants were some of the best known drivers of the day, including Peter Whitehead driving an Alta, and John Bolster in his own Special.

The event was won by Richard Shuttleworth in his supercharged Type 51 Bugatti.  Five years later he sadly died in an air crash in 1940, aged 31. It was in his memory that his mother established the Shuttleworth Collection at Old Warden in Bedfordshire.