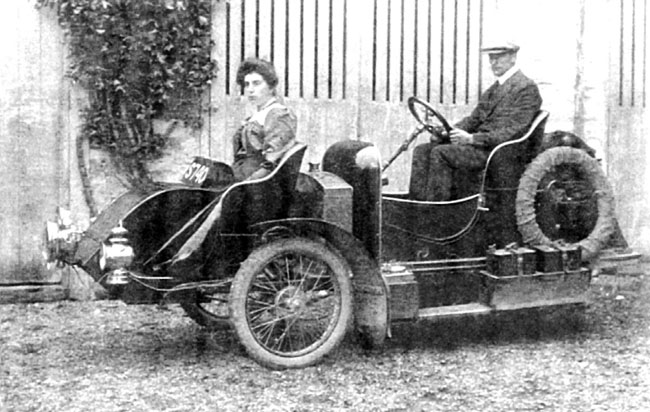 Commentary
In 1905, one of the exhibits at the annual Cordingley Show, held in Islington, was a Toboggan Tri-Car.  Shaped rather like an open toboggan or sledge, and with three wheels, it had a 4hp engine and friction disc transmission.  It is believed to have been built in a premises on Phipp Street Shoreditch, East London.  The makers claimed it could reach 35mph and was an excellent hill climber.

The design and manufacturing rights of the car were then bought by group of businessmen, with a view to manufacturing the car “on the outskirts of London”.
By 1906, the name had been changed to the Armadale (the Toboggan name was thought to be unsuitable); it still used a friction drive, but a more powerful engine was also available, and the car it appears was being made on Trinity Road, close to Wandsworth Common.

(There is a village on the Isle of Skye called Armadale, and one member of the owners’ group appears, but the significance of this, or otherwise, is not clear.)

In the same year a four-wheel Armadale was built to compete in the 1906 TT Race on the Isle of Man.  It was a much more conventional car with a 2.7-litre engine, but still with friction transmission.  It appears to have been a one-off, but this is not entirely clear.  However, the car failed to make the start of the race and, shortly afterwards, the company was wound up.

But in 1907, the Tri-car was back at the Cordingley Show; this time manufactured by the Northwood Engineering and Motor Works.  However, this was again short-lived; by the end of the year it appears that production had come to an end.  Northwood Engineering continued to trade until 1972.  It is believed that the original works were close to the Riverside Club on Duck’s Hill Road.