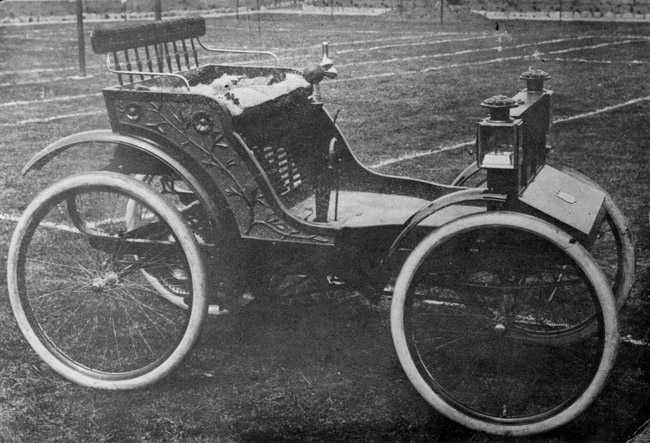 An early car, built by a Nottinghamshire watchmaker.

His second car, built some time from 1904 onwards, was registered W94, and was fitted with a 9hp 3-cylinder Rose engine.  However, over the years, the car underwent a series of major changes.  Its original engine was replaced with a 4-cylinder unit, using a locally made block, and then later with a 4-cylinder JAP engine.

The car was first fitted with a tonneau body, but this was later removed and the vehicle converted to a post van.  It is believed that, a number of years later, said to be around 1930, this same vehicle was given a new sports body and fitted with a fourth (more powerful) Chapious Dornier engine.

Much of this information is based on notes first drawn up by Paul Smith, kindly passed on to me by Gordon Brooks.

An early car, built by a Nottinghamshire watchmaker.