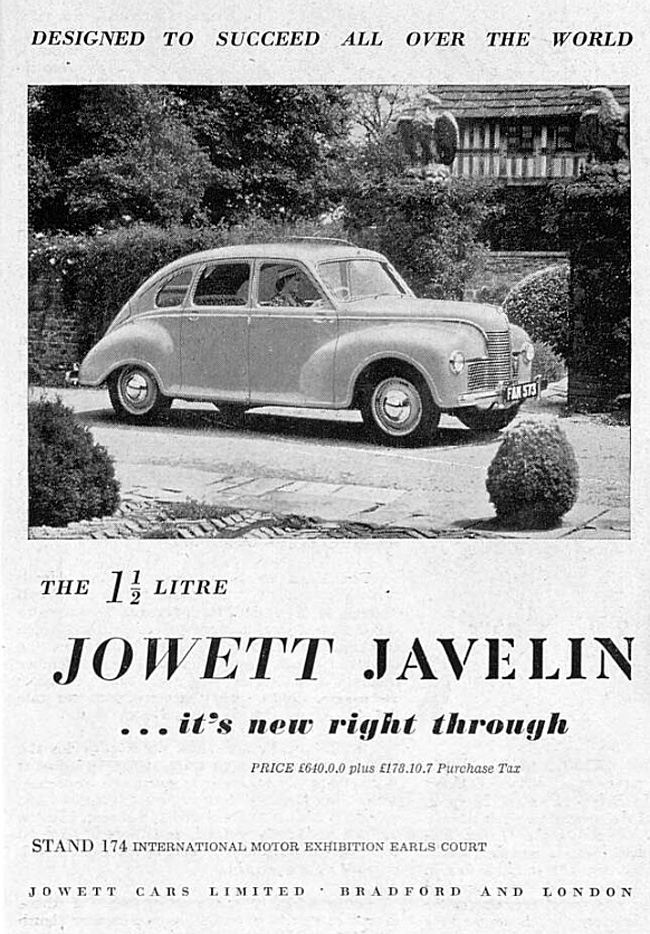 Commentary
Jowett established its first London showroom in 1946, managed by John Baldwin who, McAuley and Nankivell suggest, initially had little to display other than a couple of Bradford vans and a small-scale model of the Javelin.

In 2020, the premises were occupied by Ryman, the stationer.