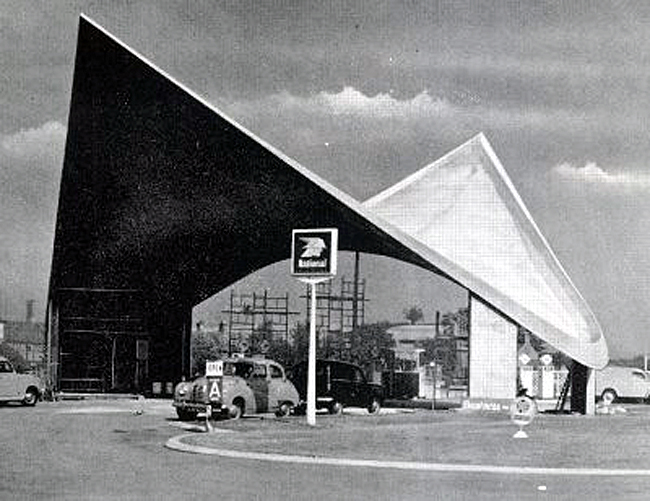 Location
Alongside the southbound carriageway of the A1, at the junction with the A57 to Lincoln.

The roof was designed and built by the Lincoln architect Hugh Segar (Sam) Scorer, and Dr Hajnal-Kónyi, originally from Hungary, at a cost of £4,500.  Shaped like a saddle (and not unlike a Pringle crisp), the design is one of the few remaining structures of its kind and was commissioned by the former Lincolnshire Motor Company whose showrooms in Lincoln were designed by the same architects.

Concrete shell roofs were widely used in the mid fifties and early sixties, as steel was heavily rationed.  The strength of the roof lies in its shape and the way that the design enables it to carry loads.

In 1989, the filling station beneath the roof was removed and a Little Chef roadside restaurant constructed beneath the canopy.  However, in 2003, plans were announced to demolish the building in order to make way for a slip road to be constructed as part of a larger project to redesign the junction on which the restaurant stood. 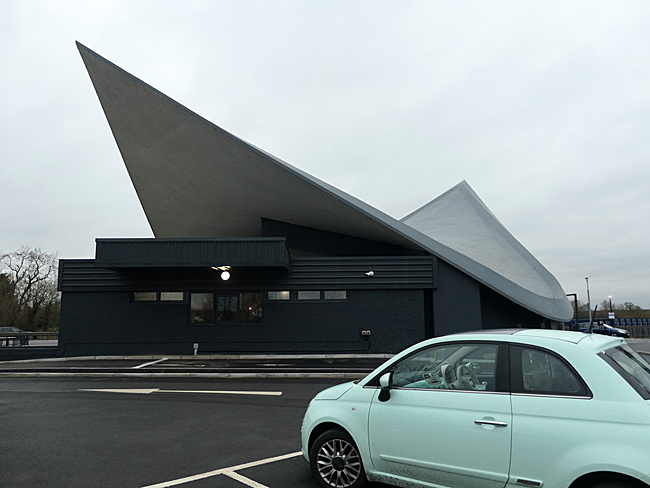 The protests that followed this proposal caused the Highways Agency to reconsider its decision and the building was saved.  In 2012, the canopy became a Grade II Listed Building, and after a number of years lying derelict, the building opened again in December 2019 as a drive-thru branch of Starbucks.

Alongside the southbound carriageway of the A1, at the junction with the A57 to Lincoln.