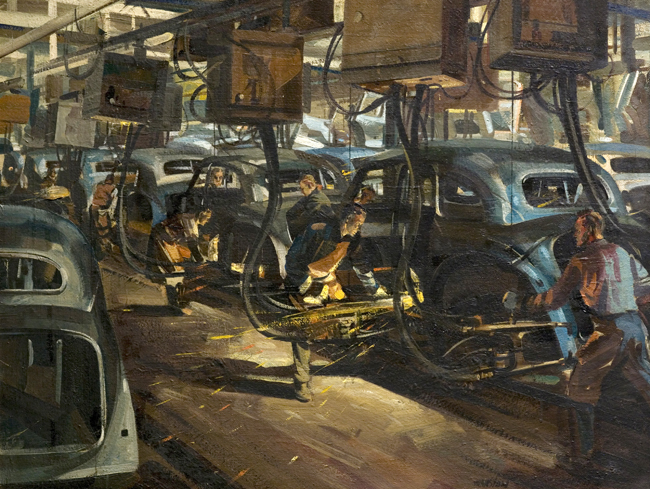 At the start of his book on the history of motor racing, Richard Garrett wrote of the internal combustion engine..."The Germans considered it an opportunity to build engines.  The French saw it as an occasion to manufacture cars.  The British viewed it with intense suspicion."  Although this view should perhaps not be taken too literally, it does illustrate, at least in the first instance, how Britain came relatively late to the motor car, influenced no doubt by legislation that heavily restricted its use on public roads.

1895 is commonly taken to be the year from which the motor industry in Britain began to develop.  Many of the early car makers had started as bicycle manufacturers. They were located largely in the Midlands and London, and this set the pattern for the motor industry for many years to come.

By the outbreak of the First World War, Britain (after France) was Europe's second largest motor manufacturer.  Although some companies in the post-War period were beset by financial crises and folded, the 1920s were, in general, quite a prosperous time for the motor industry in Britain.  In 1932, Britain became Europe's largest car maker and, by the late 1930s, methods of mass production had been adopted by all the major British motor manufacturers.

After the shortages and rationing that followed the Second World War, the fifties were a period of high demand and relative prosperity for the British motor industry; however, by the late sixties this good fortune was receding.  Despite improved sales, three of the big five manufacturing groups (BMC, Rootes and Standard-Triumph) were facing financial difficulties and, over the next 30 years, amalgamation, rationalisation, and the sale of UK companies to overseas motor manufacturers failed to save most of Britain's indigenous motor industry.  However, motor manufacturing, and its ancillary industries continue remain a significant part of the British economy.