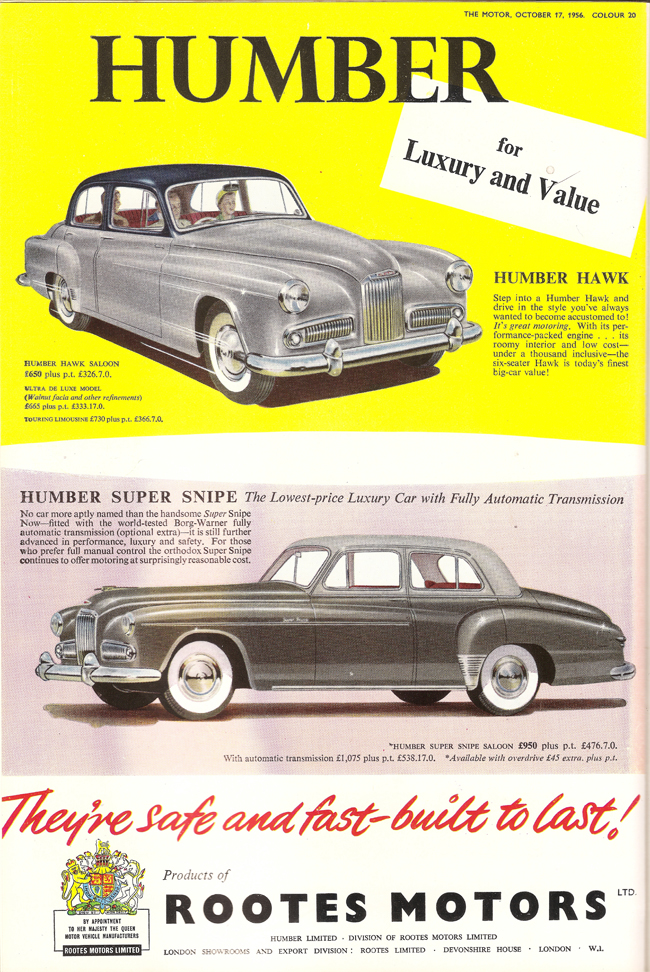 The original location of Rootes Ltd; until the 1970s, one of Britain’s foremost motor manufacturers.

Commentary
In 1899, William Rootes, a cycle dealer based in the village of Hawkhurst in Kent, added motor engineering and car sales to his business.  Within a few years, he had obtained the agency for a number of manufacturers, but it was clear that, if his business was to continue to grow, a second premises would be required – and ideally one not in such a rural location.

In 1913, William Rootes opened a new garage and workshop at 110a Week Street in Maidstone, employing his elder son, Billy – who already had experience in the motor trade - as manager.

A year later a larger site was acquired, about half a mile away, at 22 High Street, Maidstone – on the corner of Pudding Lane. 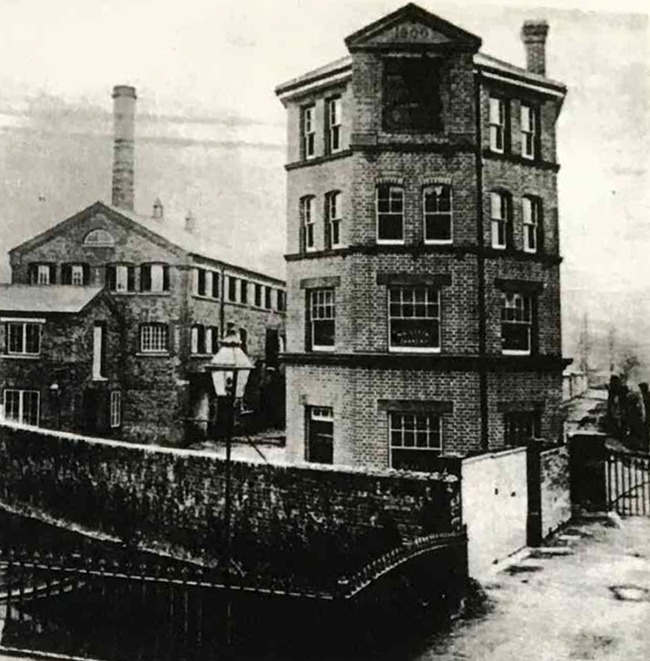 In 1915, Billy Rootes joined the Royal Naval Volunteer Reserve and was sent to the Clement-Talbot factory in west London to oversee the company’s aircraft engine section, where he noticed that many engines brought in for repair were being unnecessarily scrapped.  Believing this to be a great waste of resources, he approached the Air Ministry offering to set up a specialist aero-engine repair facility.  His proposal was accepted.  Billy was de-mobbed, and immediately set up a new company, Rootes Ltd, on the site of a former tannery by the River Len in the centre of Maidstone. The new premises were known as the Len Engineering Works.

It was around this time that Billy’s younger brother, Reginald, joined the family business, concentrating mainly on the company’s finance and administration – a role that he was to develop and retain for many years.

Contemporary accounts indicate that around 200 people were employed at the factory, producing about 100 re-constructed engines per month, along with further supplies of spare parts. 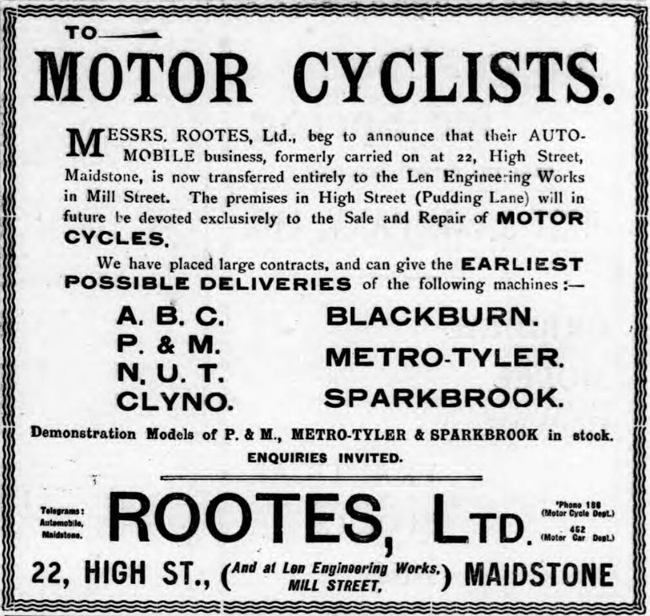 However, within a matter of weeks after the end of the War, Rootes Ltd had switched from aeronautical engineering to work on cars, lorries, and tractors.  By February 1919, alterations had begun on the Mill Street premises for a new entrance and showroom, along with additional workshops to the rear of the building.

Sales of new cars, particularly from leading British marques, swiftly followed.  Over the next couple of years Billy and Reggie Rootes, as joint managing directors, created an extensive chain of car and truck retail outlets, stretching right across the country, taking over many established dealerships in the process.  They opened an office in Long Acre, central London, and then in September 1926 (along with Citroën Cars) established a new headquarters at Devonshire House in London’s Piccadilly. 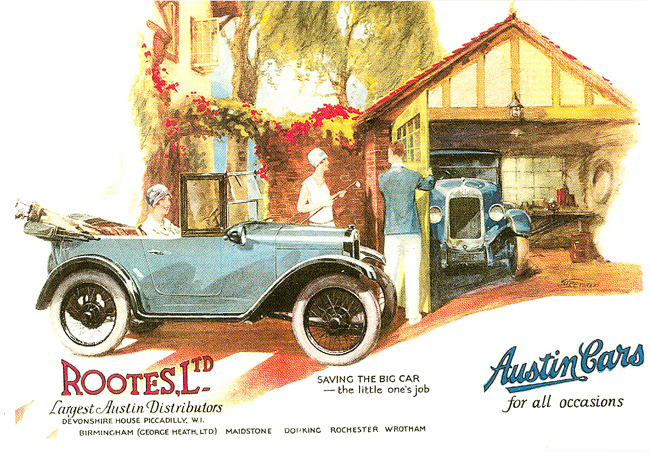 By this time, Rootes was Britain’s largest motor retailer.  In 1925, it had acquired the coachbuilder Thrupp & Maberley, thereby taking its first tentative steps in motor manufacturing, albeit limited initially to the construction of bodywork on the likes of Daimler, Humber and Rolls-Royce chassis.  In 1927 Thrupp & Maberley built the body for the Golden Arrow – later to achieve a world land speed record of 234 mph.

In 1928, Rootes became a motor manufacturer in its own right with the successful purchase of the Humber-Hillman-Commer combine, with production in Coventry (Humber and Hillman) and Luton (Commer).

With Rootes’ head office now in London, the Maidstone premises was downgraded to a distribution and service centre – until, that is, a decision was taken to rebuild the Mill Street site into a “super service station”. 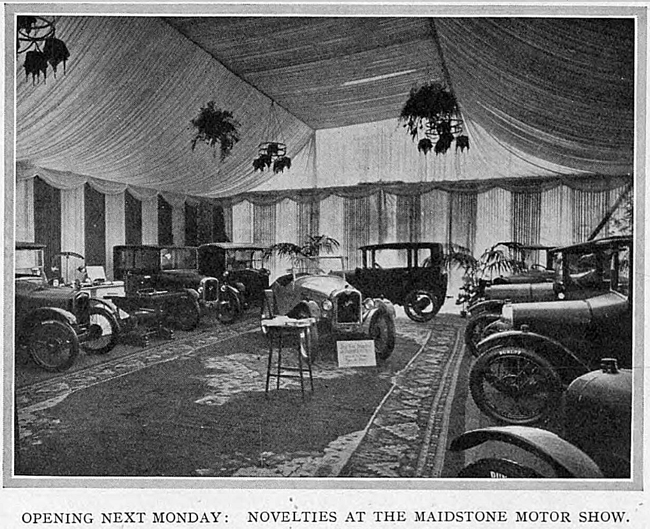 Work on the new state-of-the-art showrooms began in 1937.  Designed to be built in three phases to ensure continuity of business, the new building was of an Art Deco design with wrap-around steel frame windows and continuous cill bands running around the structure.

The first block to be built was a large open showroom, with offices above.  Its interior mirrored the inside of the Rootes headquarters in Devonshire House, with cream coloured walls and woodwork, a polished marble floor and modern decorative strip-lighting and globes  Seven hundred feet of neon tube was also used for lighting outside the building, which included a tower above the main entrance bearing the company’s name.

The showroom and offices were opened in April 1938.  The second phase, comprising upper and lower level workshops and a petrol forecourt, were constructed over the next 15 months, and completed just before the outbreak of war in 1939.

The new building was immediately sequestrated for the service and repair of military vehicles, together with construction of specialist bodies.  In addition, Billy Rootes was appointed Chairman of the Shadow Factory Group and also placed in charge of the Supply Council, the governing body for the supply of goods and services to the Armed Forces.  He was knighted in 1942 for his contribution to the war effort.

Despite its prominence and location, the Maidstone building remained unscathed during the War, and in 1945, now complete, it reverted to selling and servicing Rootes’ cars. 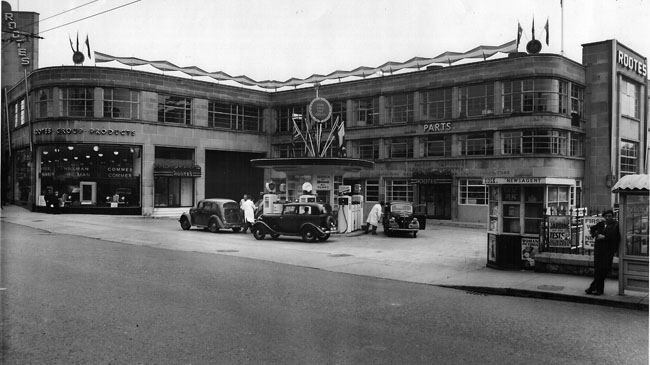 The 1950s were a prosperous time for the company, but by the mid-60s, international competition brought a decline in profits declined.  In 1967, the company was taken over by Chrysler, and the Rootes Building became a Chrysler UK dealership.  In 1971, the site was bought by a property company, and then leased back to Chrysler.  When Chrysler pulled out of the UK in 1978, the building became part of the Talbot Motor Company, later Peugeot UK.

In the 1980s, the petrol station was removed and the upper floor of the main building converted into a snooker hall.  In 2007, the dealership was re-named Robins & Day, Maidstone, and in 2009, the building was given a Grade II listing.  Robins & Day left June 2019 and plans were announced to convert the building into residential and retail space. 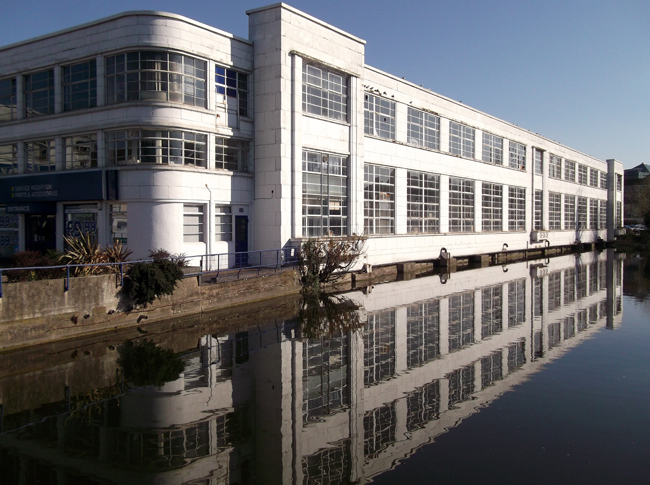