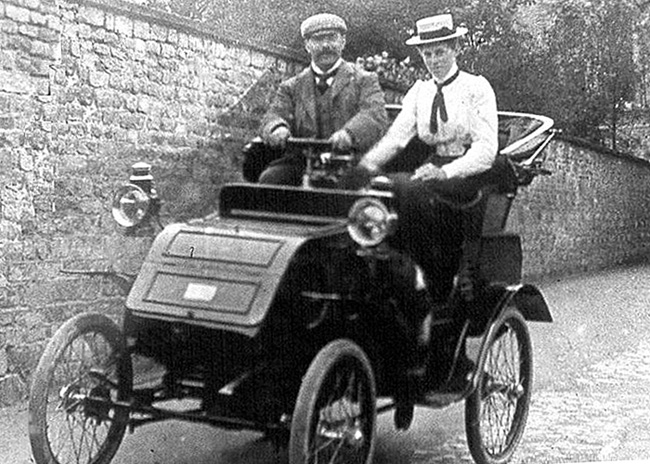 One of the earliest sand race meetings to be held in Britain.

Location
Mablethorpe Beach, alongside the sand dunes, on the northern edge of the town.

Commentary
Held at the invitation of the Mablethorpe Amusement Committee, the races were organised by the Lincolnshire Motor Club, one of the first to be formed in Britain.

It was initially hoped that they might also be the scene of an attempt on the world land speed record by S F Edge, in his six-cylinder Napier, but a heavy gale in the morning ruled this out.  However, Selwyn Edge and his cousin Cecil did attend the meeting, receiving an enthusiastic welcome from those present.  As the report in the Stamford Mercury stated, “one of the most amusing things of the afternoon … was to watch Mr Edge being stalked by the snapshottists.”

There were two events on the programme, each with 28 competitors and organised on a knockout basis.  All races were run over a kilometre course, using a handicap system requiring the more powerful cars to start either some distance behind or a number of seconds later than their slower counterparts.

The distance handicap event was won by Capt H E Newsum of Lincoln in his 30/40 h.p Daimler.  He also won the time handicap race, but the rules stated that each car could only take one prize.  Therefore first place for the second event was awarded to Mr Wadesley in his 4 h.p Orient Buckboard.

A meeting planned for July in the following year was cancelled through lack of entries.  However, a motorcycle sand racing club was formed in 1970, and continues to hold races on Mablethorpe beach today.

With many thanks to Gordon Brooks for his help in the preparation of this article.

Mablethorpe Beach, alongside the sand dunes, on the northern edge of the town.

One of the earliest sand race meetings to be held in Britain.