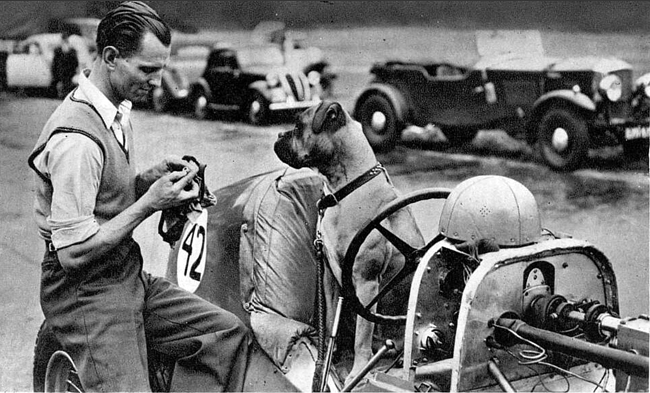 A hillclimb and speed trial set in the grounds of a stately home.

Commentary
The current mansion house at Luton Hoo dates from the late 18th century.  From 1860 until his death in 1892, the house and estate were owned by John Stuart, the third Earl of Bute, who was both the first Scotsman and the first Tory politician to become British Prime Minister.

In 1903, the estate was bought by Julius Wernher.  Born in Germany, he spent much of his early working life in the diamond industry in South Africa, becoming a leading diamond trader, and accumulating a considerable fortune in the process.

Luton Hoo was the family’s country residence, and although based in London, Julius Wernher and his wife, Alice, played a significant part in Bedfordshire life.  The hillclimbs were one of many local events to take place on the estate.

The first hillclimb was held on the 27th June 1908, described in the Bedfordshire Mercury as “up the park drive … a long steady rise from Chiltern Green, with one real curve.”

Organised by the Bedfordshire Motor Club, 70 cars were present in all, with 33 entries for the hillclimb.  Three cars failed to make the start, one of which was the new Ariel-Simplex, that Sir Julius had bought for his son Derrick.  The manufacturer was, unfortunately, unable to deliver the car to Luton Hoo until well after the race. Newspaper reports indicate neither of Sir Julius' two other cars - a Mercedes and Renault - could be pressed into action as they were reserved for bringing weekend guests to the Hoo. 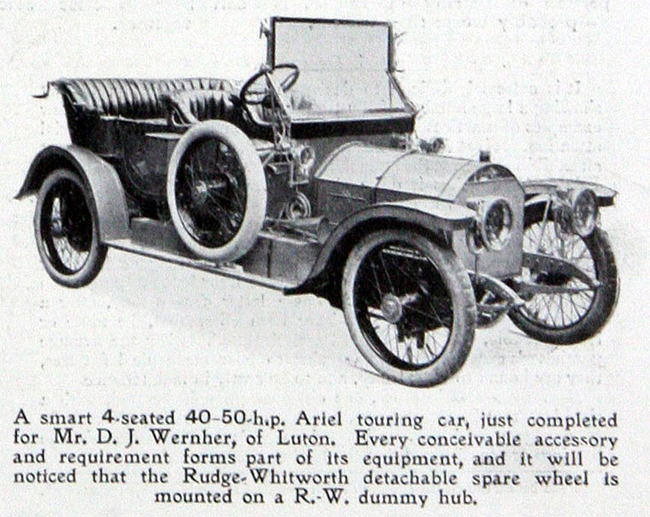 The final result was decided through a handicapping system, with the honours going to a Mr H Cotchin driving an 8 h.p De Dion.  The fastest time of the day was achieved by Mr J Radley in his 30/40 h.p FIAT, followed – just one second behind – by Mr L Walton, driving a locally made Vauxhall.  (The driver was most likely to have been Leslie Walton, the first chairman of Vauxhall Motors.)

Just over a year later, the event was run again, on Sat 7th August 1909, following the same 1,264 yard course.   Two Vauxhalls gained the second and third best times of the day; but the fastest up the hill was Derrick Wernher, Sir Julius’ son, driving the 50 h.p Ariel.

Speed trials did not return to Luton Hoo until September 1919, following Sir Julius Wernher’s death in 1912, and the use of the estate by the military during the First World War.  Further meetings were held between 1920 and 1923, but they were all primarily for motorcycles.

The Second World War once again saw the house and grounds taken over for military purposes - as headquarters of Eastern Command and as a test site for Churchill tanks, manufactured locally at the Vauxhall factory in Luton.

With national speed restrictions and petrol rationing still in place  (the competitors' cars ran on methanol), a crowd of some 15,000 attended the event, mainly travelling to Luton Hoo by coach, motorcycle and public transport.  In addition, just over 400 cars were parked on the site, which were of particular interest to the local police who, reportedly, took down all the registration numbers and contacted the owners to check that they had not departed from their “tolerated route” and that they were using their cars for “legitimate purposes”.

The course on this occasion was 1.4 miles in length with competitors make a 180 degree turn around a 45-gallon oil drum and driving to the finish line, halfway back down the course. 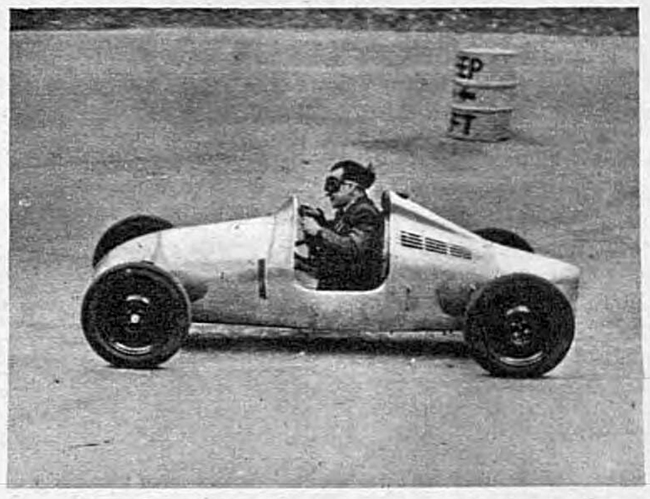 Sixty four cars competed in seven classes, based on engine size.  John Cooper, driving his Mk II Cooper won the under 500cc event, with fastest time of the day going to Bob Gerard in an E.R.A.

The final hillclimb at Luton Hoo took place on Sunday 9th October 1949.  Organised by the Veteran Sports Car Club, it was run over a slightly longer course than the previous year. The cars varied considerably in age, with a number of entries dating back to the 1920s.

Practice was held on the previous day, but was marred by a fatal accident involving Kenneth Jarvis driving his Cambridge Engineering Austin Seven Special.  He lost control driving downhill, went onto the grass, and hit a tree.  On Sunday, the speed trial went ahead, as planned.

Ken Jarvis’ father, Frank, founded the Conway Stewart company, at the time, a well-known British fountain pens manufacturer.  He was also a very close friend of Lieutenant Commander Lionel (Buster) Crabb, a British naval frogman, who went on to conduct covert operations for MI6, and is said to have been the inspiration for Ian Fleming’s James Bond.

The official fastest time of the day went to Peter Walker in a twin-wheeled 2-litre E.R.A, although this time was beaten at the end of the afternoon by Dennis Poore, driving his 3.8-litre Tipo 8C-35 Alfa Romeo.  In later years, Dennis Poore founded the British Autosport magazine and competed for one season in Formula One, driving a Connaught. 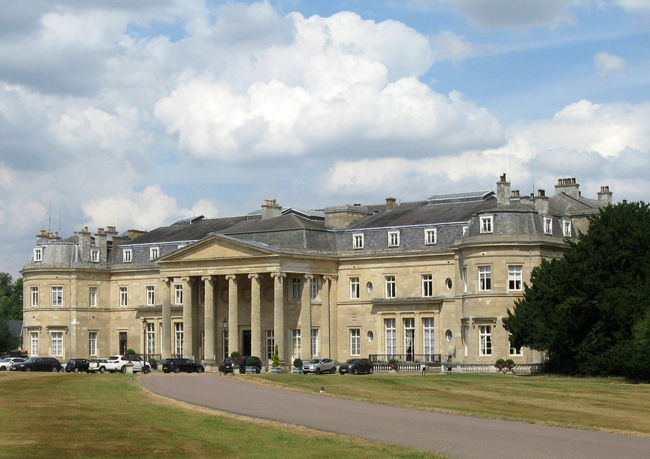 Following the death of the owner in 1991, Luton Hoo was put up for sale in 1997, and bought by Elite Hotels in 1999.  After an extensive restoration programme, Luton Hoo re-opened as a hotel and spa in 2007.

A hillclimb and speed trial set in the grounds of a stately home.