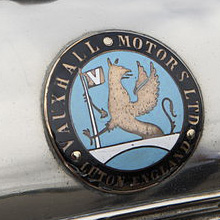 The traditional home of Vauxhall Motors

Commentary
On the 29th March 1905, Vauxhall moved from London to Luton to a three acre site on Kimpton Road that was little more than a country lane.  The company was still involved in both marine and automotive engineering, but by 1907 the decision had been made to separate car production from the remainder of the company’s business, and it was at this stage that Vauxhall Motors came into existence.

The fluted bonnet, which became a long-standing Vauxhall tradition, was also introduced around this time.  The Vauxhall Bedford Opel Owners Association suggests that Frank Hodges, Vauxhall’s chief engineer and designer, developed the idea from the decoration used on a wardrobe. 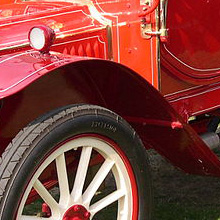 Not long after the new company had been established, Vauxhall’s joint managing director, Percy Kidner, steered the company in the direction of promoting its cars through involvement in motorsport.  Over the next 15 years Vauxhall developed into a manufacturer of quality high-performance cars, the most famous of which were the C-type and 30/98 models.

However, not long after the First World War had ended, the profitability of the company began to decline.  Vauxhall cars were beautifully made, but expensive to buy and run.  They were also difficult to produce in any quantity at a price that would find sufficient buyers.  Profit margins were slender.  In 1921, the company lost more than £200,000.

In late 1924, Vauxhall was approached by the American corporation, General Motors, which was looking to acquire an interest in a British company through which to widen their access to the UK market. 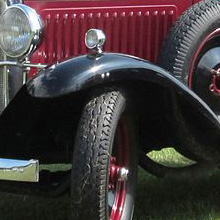 The deal appears to have progressed relatively quickly, and in 1925, GM bought Vauxhall for $2.5m.  Over the next ten years, Vauxhall productions facilities were gradually updated, old models were eased out (relatively slowly at first), and the company’s product range changed to smaller, less expensive models.

During the Second World War, production was turned over to military equipment, notably the Churchill tank, which was designed and built in Luton. 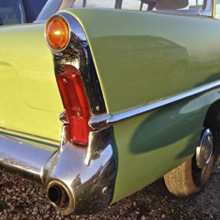 For many years, Vauxhall’s post-War car production carried a strong American identity – particular in the Wyvern, Velox, Cresta, and early Victor models.  The last Vauxhall to be largely designed and produced in the UK was the Victor range, manufactured from 1972 – 1976.  Thereafter, almost all Vauxhalls were based on designs developed by Opel, GM’s German subsidiary.

Car production at Luton ceased in 2002.  However Vauxhall vans are still produced, in partnership with Renault, on part of the old factory site.  In March 2017, it was announced that Vauxhall was to be sold to French carmaker, Peugeot-Citroen.