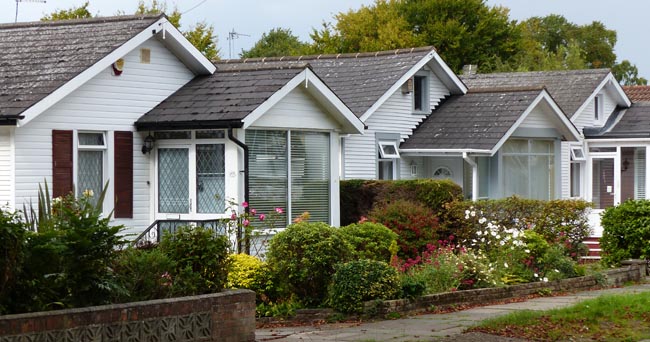 An estate of some 200 pre-fabricated timber houses, built in 1917, to accommodate the growing workforce at the Austin Works in Longbridge.

Commentary
Herbert Austin founded the Austin Motor Company in 1905, setting up business in a disused factory in Longbridge, formerly used for the manufacture and printing of tin boxes.

With the declaration of war in 1914, the Austin Motor Company, like many other industrial businesses, transferred production to munitions and military vehicles, which included lorries, ambulances and armoured cars. By 1915, the Company was also producing aircraft engines and aircraft.

One significant consequence of these changes was a major increase in the size of workforce at Longbridge and, due to the factory’s location in what was then a relatively rural area, it meant that workers were having to travel some distance to work.

The Company chose to address this by buying 120 acres of farmland land close to the factory and ordering approximately 200 prefabricated homes from the Aladdin Company of Bay City, Michigan, USA, made from Canadian cedar wood.  (Aladdin began making mail-order kit homes in 1906, and the family firm remained in business until 1981.)

The five streets were laid out in the form of a horseshoe, with one of the roads (appropriately called Central Avenue) running through the middle of the small estate.  The homes were erected in groups of five, six, or seven, with a conventional brick semi-detached house, placed as a fire-break, in between each cluster.

John Baker, in Austin Memories, states that each home was initially used as a dormitory, with seven people to a bungalow and twelve to a house.  In his way, the estate was able to accommodate about 2,000 people. 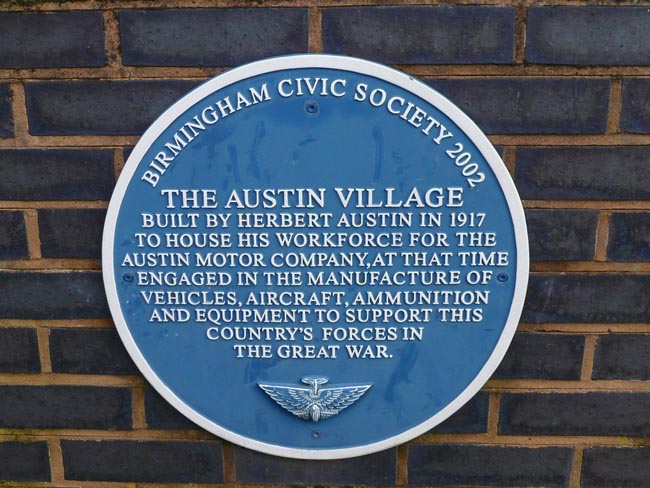 After the War, with a reduced workforce, the houses were sold to families of Austin employees.  In 1997, after concerted action by a group of local residents, the area was accorded conservation status.

Further details
• www.austinmemories.com: a superb site, covering all-things Austin, including the development and history of the factory at Longbridge.
• www.billdargue.jimdo.com: an excellent website, created by William Dargue, on the history of Birmingham.
• Making Cars at Longbridge: 100 years in the life of a factory, Gillian Bardsley & Colin Corke, The History Press, 2008.

An estate of pre-fabricated timber houses, built in 1917, to accommodate the growing workforce at the Austin Works in Longbridge.