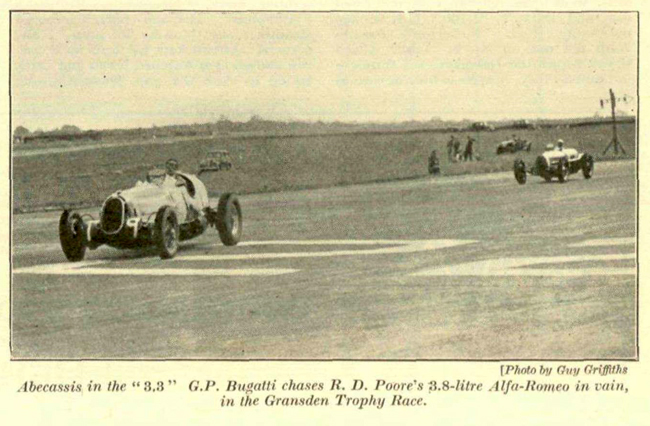 Commentary
On the 14th June 1946, the Biggleswade Chronicle announced that a race meeting for cars and motorcycles was to be held the following day at Gransden Aerodrome.

RAF Gransden Lodge opened in 1942 as a bomber base.  The last squadron departed in February 1942, but the base was retained by the RAF until 1955. 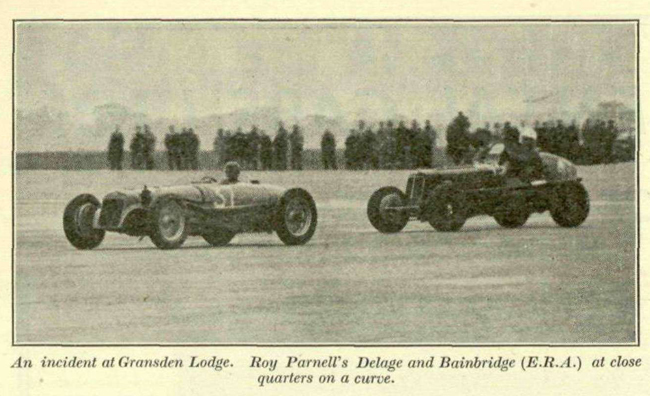 The meeting was organised by the Cambridge University Automobile Club and comprised twelve races: six for sports cars, five for racing cars, and one for specials. The track for the 1946 race was 2.13 miles in length, broadly triangular in shape, using the main runway and two sections of the airfield perimeter road.  Unusually, the start and finish were at different points on the track.

Although doubts were expressed beforehand about using runways for motor sport, the day itself - despite atrocious weather - seems to have been a great success.  Described by Motor Sport as ‘a grand meeting, proving that disused aerodromes can offer excellent motor-racing facilities’. 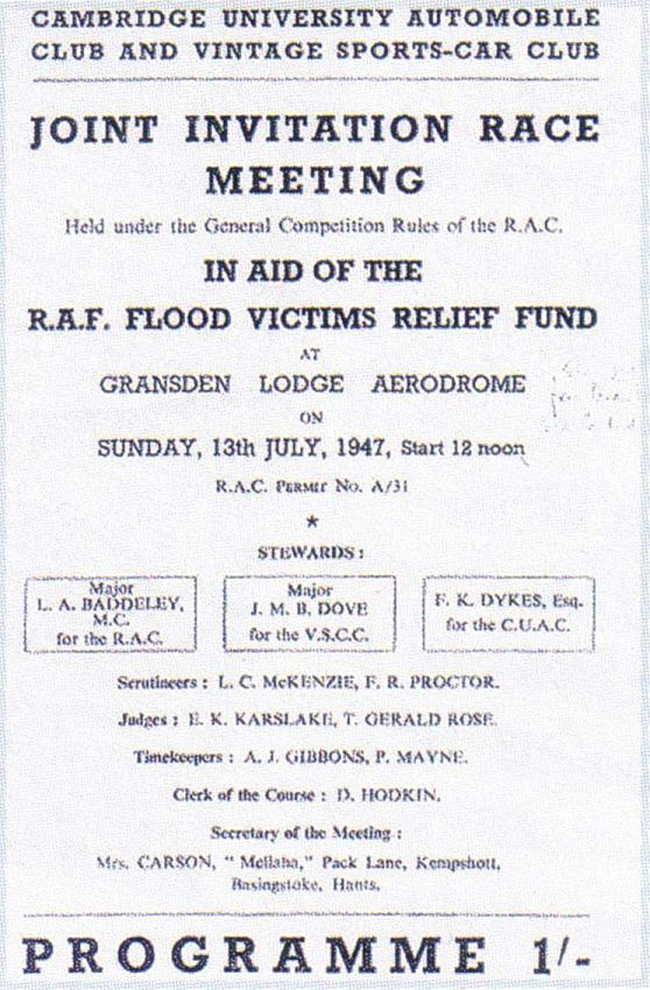 It was another year before a second motor race took place at Gransden Lodge; organised once again by the Cambridge University Automobile Club, in collaboration with the Vintage Sports Car Club.  The race was advertised in aid of the RAF Flood Victims Relief Fund, set up to help the thousands of people in Britain affected by the great flood of March 1947.

The race organisers continued to use the main runway, but this time opted for the other half of the old perimeter track, with cars running in the opposite direction, again forming a triangular circuit, 2.23 miles in length.

On Sunday 13th July 1947, an estimated 15,000 people gathered at the Cambridgeshire airfield to watch the racing.  The event was heavily over-subscribed, and this time the weather was kinder, giving spectators the chance to watch a great range of cars, from Italas and Hispano-Suizas in the Edwardian category, to Bentleys, Bugattis, 30/98 Vauxhalls, and the newly developed Allards, plus the emerging 500cc racing class.

Despite the success of both meetings, no further racing took place at Gransden Lodge, and it appears that this second race was the only British race meeting of the year; a casualty of the withdrawal of the petrol ration for private motoring.

With many thanks to Gordon Brooks for his help in the preparation of this article.