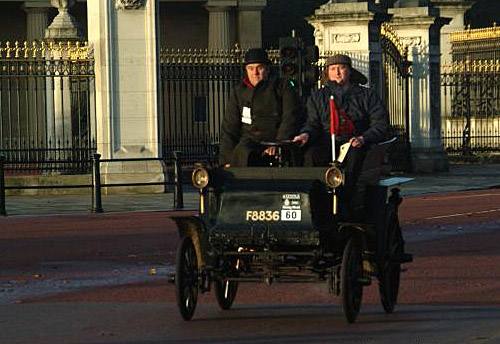 A long-established cycle and motor dealer who marketed both bicycles and cars under the name of Stonebow.

Commentary
Born in Penkridge in Staffordshire in 1863, Albert George Dyke was a keen cyclist.  He began racing in 1880, but later in the year (or possibly in 1881) he had a bad accident leading his employer to forbid him from entering any further competition. Undaunted, Albert Dyke wrote to the National Cyclists’ Union asking to ride under an assumed name.  His wish was granted, and from then on – at least in cycling circles – he became known as RM Wright.  (In fact, this was his brother-in-law’s name; there are no references as to what confusion this might have caused.) 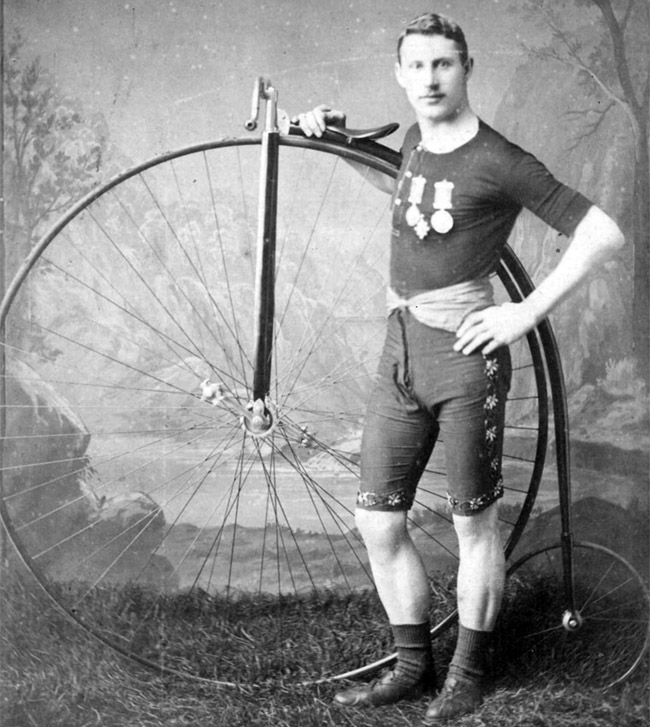 RM Wright’s racing record was extremely good.  In an interview with the Lincolnshire Echo in July 1894, published in Grace’s Guide, he recounted some of his successes in both sprint and long-distance races. Asked about the number of prizes he had won, Wright replied, "Over a hundred of the value of £600, and I have them all now. The collection includes eight gold and six silver medals, watches, chains, jewellery, &c., besides twelve clocks."  The bicycles that he rode in these races were of various styles and designs; one of the machines he competed on was almost certainly a 55½ inch Humber penny farthing high wheeled bicycle.

In 1897, Albert Dyke was trading as RM Wright & Co as a cycle dealer, at 88 Bailgate but, by 1900, his business had also extended to car sales and, in particular, the Stonebow, named after the historic gateway to the upper part of Lincoln.  (The Stonebow name was also used on some of the bicycles sold by RM Wright & Co.)

At least three different models of the Stonebow car appear to have been available, with four, five and seven horsepower engines.  Although advertisements of the time suggest that the cars were manufactured by RM Wright & Co. in Lincoln, it is believed that they were almost certainly made by Payne and Bates of Coventry.

Still using the name RM Wright, Albert Dyke also became a leading figure in local motorsport.  He was a founder member of the Lincolnshire Motor Club (reputedly the oldest of its kind in Britain), and between 1903 and 1911, was well placed in many Lincolnshire hill climbs, speed trials and driving competitions, using a variety of cars including Humbers, NSUs, a Singer, an Argyll and a Wolseley – but sadly, there is no mention of a Stonebow. 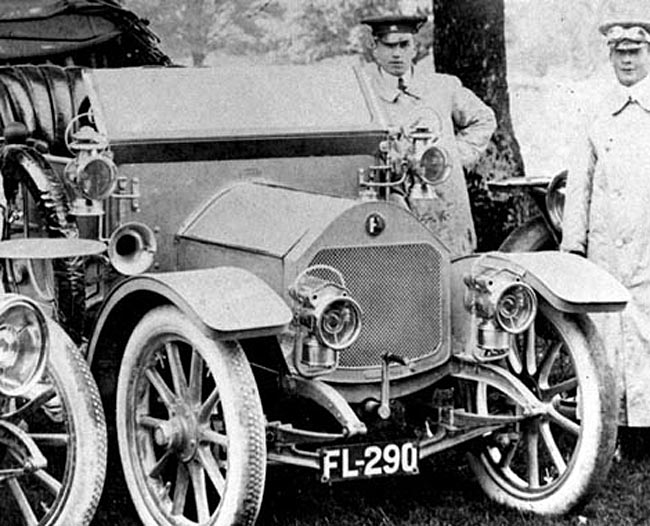 He did, however, compete in an F.L – a French car, made in Paris between 1909 and 1914 (or possibly 1915) – and for which RM Wright & Co. was the sole UK agent.  It is believed that the name F.L was a play on the word ‘Eiffel’, with the Tower of that name also shown on the badge.  Intriguingly, the badge on the F.L cars sold by RM Wright & Co. had the Lincoln Cathedral in place of the Eiffel Tower, with the words ‘Floreat Lindum’ (‘may Lincoln flourish’) above and below the F.L.insignia. The 1917 Motor, Marine and Aircraft Red Book indicates that the F.L 12/16 and 18/24 were both available from RM Wright & Co. in 1914 and 1915.  There are no further entries after this. 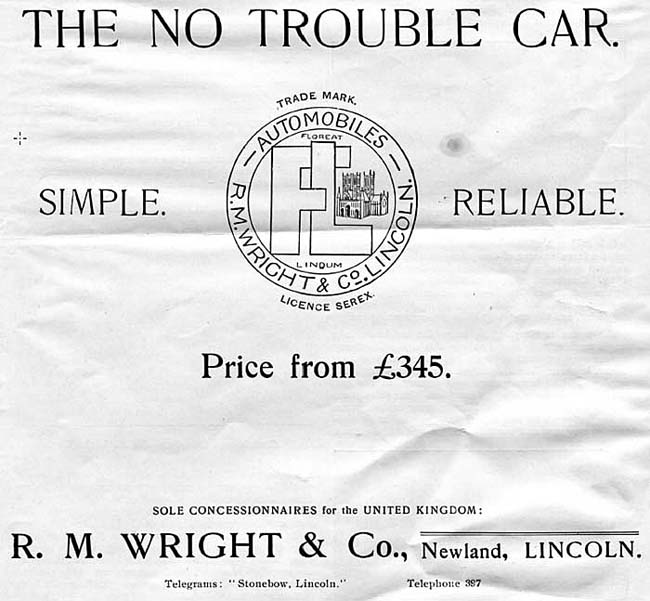 Albert Dyke was also a member of the Circle of 19th Century Motorists, founded in November 1927.  Its membership, which at one stage reached 220, was restricted to those who owned or drove a motor vehicle prior to the conclusion of the Thousand Miles Trial of Great Britain in 1900, and included motoring pioneers such as Henry Ford, Frank, George and Edward Lanchester, and John Montagu, Second Baron of Beaulieu.

The website www.itsaboutlincoln.co.uk indicates that RM Wright & Co. was reformed at some stage before 1919, and again in 1927.  By the 1950s, they were Austin main dealers, and later BMC, British Leyland and Rover Group agents.  In February 1986, Wrights was acquired by the Lincoln Co-operative Society Ltd, but around the turn of the century, with the demise of MG Rover, the company's name disappeared.  The Lincoln premises, now on the Ring Road, was re-branded Holland Bros which, in 2012, was sold to the Marshall Motor Group.

A long-established cycle & motor dealer who marketed both bicycles & cars under the name of Stonebow.