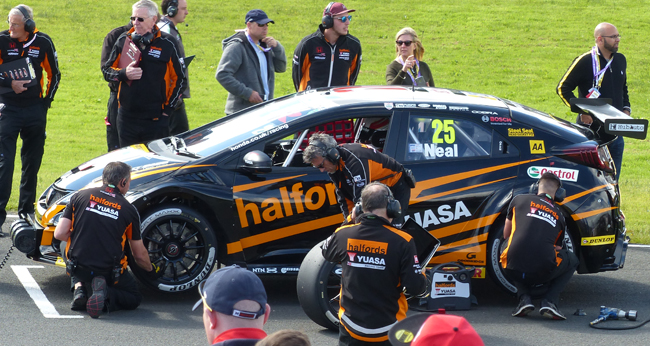 Scotland’s only race track accredited by motor sport’s governing body, the FIA,  and one that enjoys the distinction of being licensed to run in either direction.

Commentary
The original circuit was created in 1974 by a local farmer, Tom Kinnaird, from a farm track and part of a disused railway line which formed part of South Leathans Farm, in the lee of Knock Hill.  The first race meeting – for motor cycles – took place in autumn 1974.

In 1975 Denys Dobbie, racing team owner, and the original secretary of the Ecurie Ecosse Association, obtained a one-year lease on the circuit, with plans to develop the facilities and upgrade the track.  Formally opened by F1 driver Chris Amon in 1976, the track hosted a Formula 3 event and a number of sports car races, before the lease was once again taken back by Tom Kinnaird.

The next major development took place in 1983 when South Leathans Farm and the Circuit were bought by keen biker and businessman, Derek Butcher, who, with his family, have steadily upgraded the circuit and its facilities to its current FIA and MSA status.

The 1.3-mile circuit is managed by Derek Butcher’s daughter, Jillian, who is married to BTCC champion, Gordon Shedden. 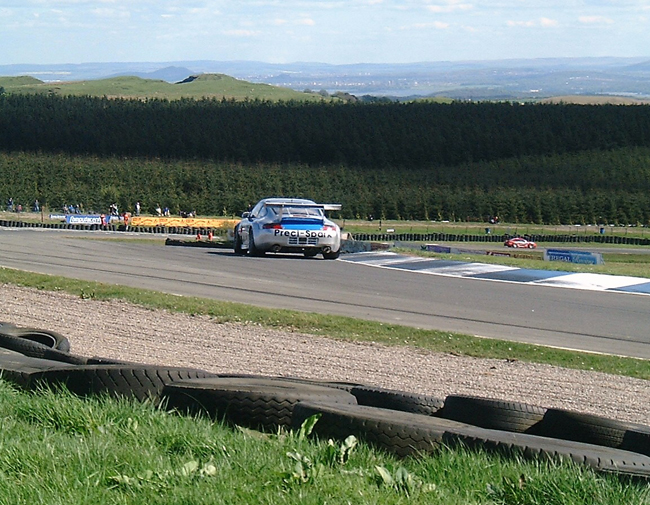 The Circuit has a spectacular hillside location and currently hosts races for both the major Scottish bike and car championship series, along with the BTCC touring car championship.