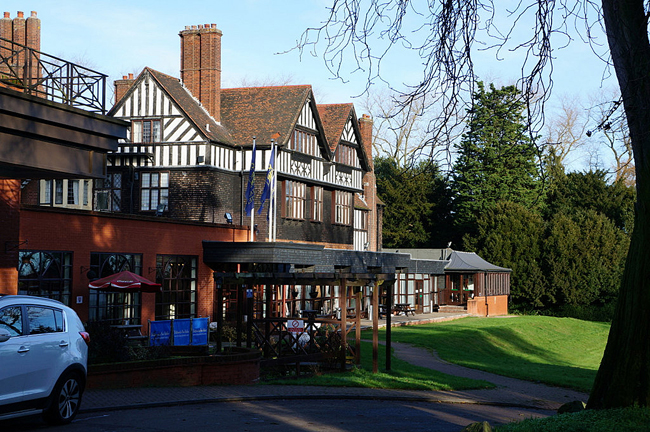 For many years, the family home of William Hillman, founder of the Hillman Motor Car Co. Ltd.

Commentary
Born in Lewisham, southeast London, in December 1847, William Hillman began work as an apprentice at the nearby marine engineering works of John Penn and Sons in Greenwich. 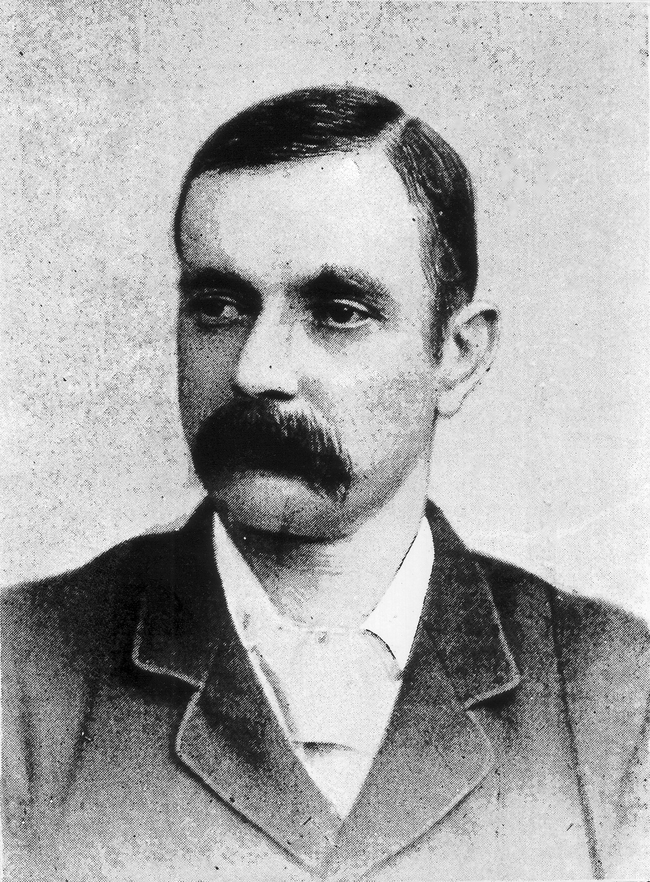 At the age of 20 or 21, he was invited by James Starley to join him at the Coventry Sewing Machine Company.   Although Starley was 16 years his senior, the two were well acquainted.  They had lived on the same street in Lewisham (Lewis Grove) when William Hillman was a boy, and had both worked at John Penn, where James Starley was employed as an under-gardener.

Originally established in 1859 to market and make sewing machines, the Coventry Sewing Machine Company had, by the late 1860s, diversified into cycle manufacture, making velocipedes (bicycles propelled by pedals attached to the front wheel), based on a French design, but with a smaller rear, and larger front wheel.

In 1870, Starley and Hillman went into cycle production on their own, as Starley & Co., introducing the ‘Ariel’, considered to be the first commercially successful British high-wheeled bicycle.  However, within two years, the men appear to have gone their separate ways, although both remained very much part of the cycle industry. 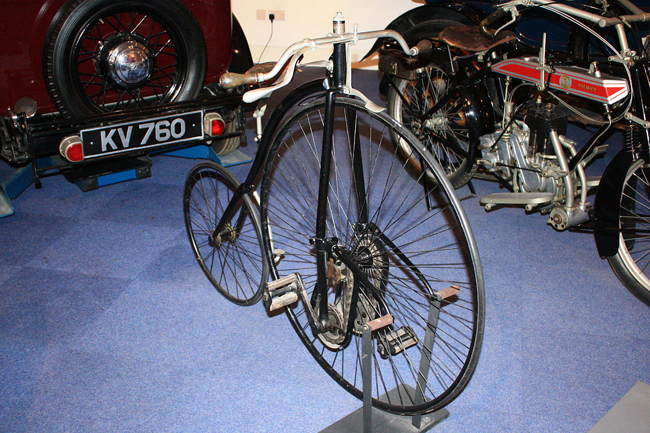 In 1880, they were joined by George Cooper; business was booming and William Hillman was on his way to becoming a very rich man.  In 1884, he patented a bicycle-driving mechanism, with a tubular fork and a pair of chain drives on either side of the wheel.  Built and sold by Hillman, Herbert & Cooper, as the ‘Kangaroo’, it was the first ‘safety’ bicycle in Britain; so-called because the design was felt to be much safer than the high-wheeler or ‘penny farthing’.

As the cycle craze swept through Britain during the 1890s, William Hillman’s empire steadily grew.  With four factories in Britain, and a fifth in Nuremburg in Germany Hillman, Herbert & Cooper could claim to be the largest cycle manufacturers in the world.  In 1891, they became known as Premier Cycles, based at the Premier Works in Coventry.

In 1902, William Hillman patented and built an all-chain driven motorcycle, although production, under the name ‘Premier’, did not begin until 1908.

As William Hillman’s fortunes improved he was able to move into Coventry’s more leafy districts.  Ten years after living in lodgings on Union Street (in the same boarding house as George Singer, another future cycle and motor manufacturer), William Hillman was residing with his family at Stoke Road Villa in the eastern suburbs.  By 1891 with their three servants they had all moved to Abingdon House, in nearby Stoke Green.

In 1894, William Hillman purchased a plot of land in Keresley, to the north west of Coventry, on which he built a large country house, known as Keresley Hall, for his wife and six daughters.  By today’s standards, the property was huge.  Set in a 37-acre plot, it consisted of three reception rooms, 17 bed and dressing rooms, three bathrooms, a large kitchen, and a billiard room, together with servants’ accommodation, garages and extensive gardens. 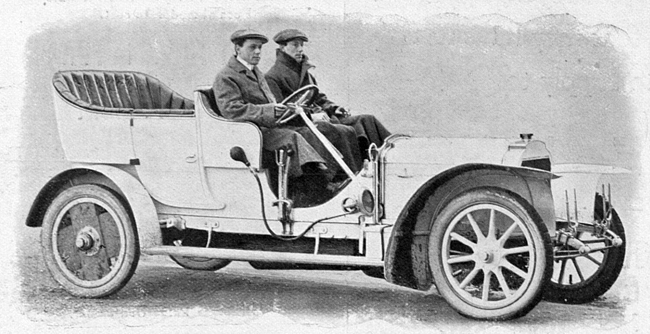 William Hillman did not enter motor manufacturing until relatively late in life.  He built his first car at the age of 59, in 1907 in partnership with Louis Coatalen, the former chief engineer at the nearby Humber works.

As Damien Kimberley has suggested in Coventry’s Motorcar Heritage, the very first Hillman-Coatalen was probably produced at Hillman’s Premier Works on Hood Street in the centre of Coventry; with production being transferred, probably in the late summer 1907, to the newly-built workshops in the grounds of the Pinley House estate.  It was on this site that the more extensive Hillman motor car factory was later developed.

William Hillman died on February 3rd 1921, after a long illness.  He was buried near his home in Keresley churchyard.  His body was conveyed to the church on a Hillman chassis, and the cortege included 120 men from the various factories with which William Hillman had been associated.

Keresley Hall was put up for sale within a few months of William Hillman’s death, but does not appear to have been sold.  It was again advertised for sale in 1923, but again to no apparent effect.  Little seems to have happened until William’s wife, Fanny, died in February 1927 whose funeral, like that of her husband, was also attended by a large number of Hillman employees.

In October 1927, the Hillman family offered Keresley Hall, with three cottages and ten acres of the estate, to Coventry and Warwickshire Hospital for a reduced figure of £7,000; an offer which the hospital General Committee were delighted to accept. 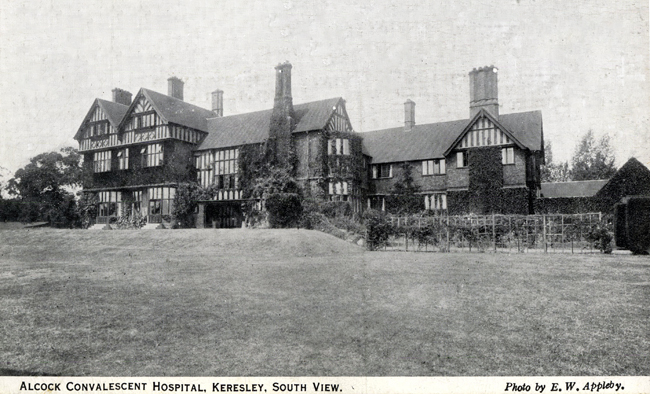 A little over a year late, Keresley Hall re-opened as the Alcock Convalescent Hospital, named in memory of a local benefactor, with accommodation for about 40 patients.

With the main Coventry and Warwickshire hospital damaged in the Coventry Blitz in November 1940, the Keresley was hurriedly extended with the construction of a series of single storey buildings in which a further 137 patients could be accommodated.  These new blocks were unusual in that they were essentially designed as air-raid shelters with 14-inch thick walls and narrow slit windows sitting underneath a flat roof.

In the aftermath of the War, the site, now known as the Keresley Hospital, became part of the National Health Service, and continued to expand.  Amongst the new buildings were a number of larger wooden huts, which were simply placed on top of the shelters creating, what one newspaper described as, “a visual hotchpotch”. 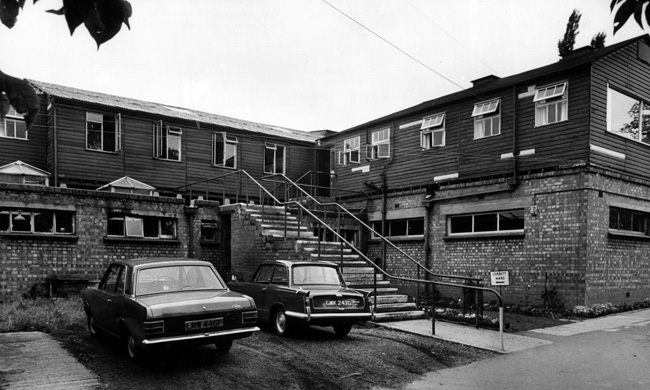 By the 1960s, the days of the hospital were numbered and, after much local debate, it eventually closed in May 1969.  In February 1970, the site was put up for sale, and in May it was announced that the premises had been bought by a local hotelier with a view to turning the former hospital into a hotel and conference centre.

Re-named the Royal Court Hotel, the first phase of the development opened in June 1971.  In 2021, the building continues to function as a hotel, spa, and conference centre.

For many years, the family home of William Hillman, founder of the Hillman Motor Car Co. Ltd.