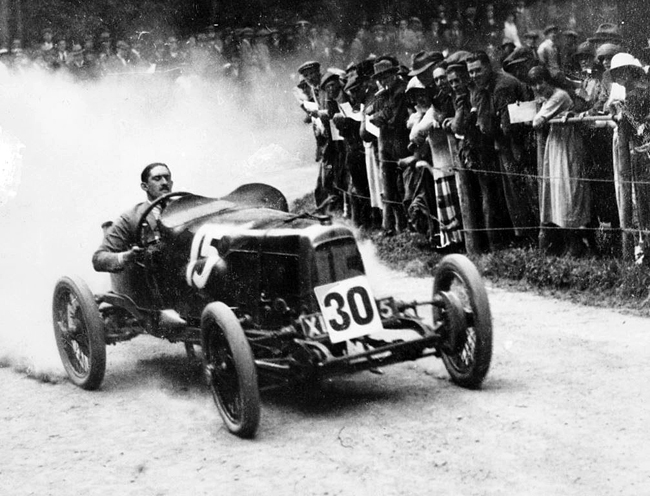 Commentary
After the end of the First World War, Aston-Martin (then hyphenated) was able to resume business and, in 1920, moved into new premises on Abingdon Road.

Development of the car continued, with the first sales of works' Astons in 1921.  However, despite sporting success, production remained low.

Although benefitting from further injections of capital from the wealthy racing driver, Count Louis Zborowski (see Bridge, in Kent), and Lady Charnwood, the company was unable to find long term stability.  Following Count Zborowski's death in the 1924 Italian Grand Prix, Aston-Martin went into receivership in 1925.

The company was taken over by W S Renwick and A C Bertelli; the Martins withdrew from the operation, and the business moved to a new site at Feltham, in Middlesex.

Lionel Martin continued to live in the Kensington area at The Hollies, 1 Pembroke Villas, Kensington, until moving in 1932 to Palings, Warboys Road, Kingston-upon-Thames, Surrey.

At the time of writing (2016), an estate agent occupies 53 Abingdon Road, although Tim Cottingham, on www.astonmartins.com, suggests that the site also extended next door to what is now private housing and known as Vantage Place.