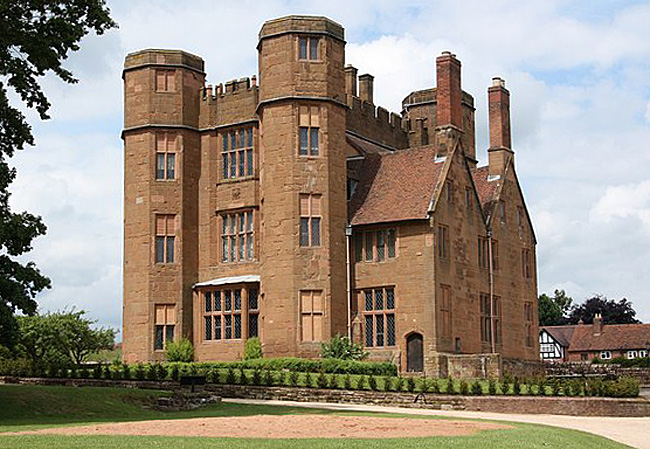 Date
The Castle was bought by John Siddeley in 1937 and immediately handed to the Nation.

Commentary
John Davenport Siddeley was born in 1866 at 4 Lister Street, Chorlton-upon-Medlock, Manchester.  He began work as a shirt cutter (his father was a hosier), but his great passion was cycling.  With two of his brothers, he was a prominent member of the Anfield Bicycle Club, one of the oldest cycling clubs in the world; during the early 1890s, he regularly raced and took part in record attempts.

In 1891, he joined the Humber Cycle Company as a draughtsman, but by 1893 had moved to the Pneumatic Tyre Company, later to become the Dunlop Tyre Company.  In 1898, he struck out on his own, setting up the Clipper Tyre Company.

In 1900 John Siddeley entered the Thousand Miles Trial, driving a 6hp Daimler (on Clipper tyres), and, in 1902, using the connections he had made in the motor trade, established the Siddeley Autocar Company, initially producing Peugeot cars under licence.

By 1904 he was designing many of his own mechanical components, manufactured by the Wolseley Tool and Motor Car Company Ltd and assembled by Vickers Son and Maxim in Crayford, Kent. 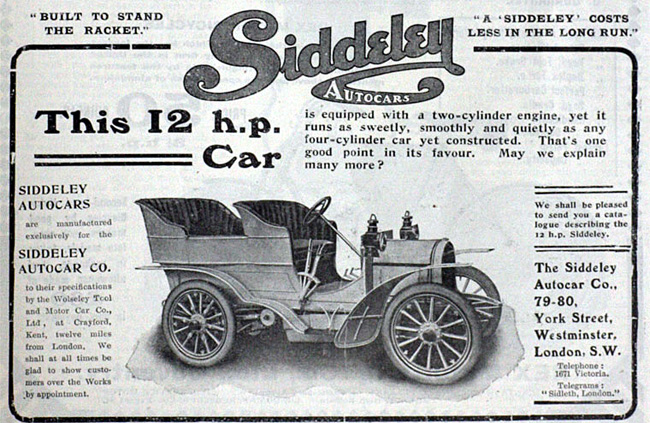 In 1905, Siddeley was bought by Wolseley and re-named Wolseley-Siddeley.  However, in 1909 after resigning from Wolseley, John Siddeley took over the management of the struggling Deasy Motor Car Manufacturing Company, soon to become known Siddeley-Deasy.

John Siddeley continued to expand his business interests with the creation, in 1912, of a separate range of vehicles under the Stoneleigh name.  These were predominantly light cars and commercial vehicles, but relatively few were made.

During the First World War, Siddeley-Deasy mainly produced army vehicles, airframes and aero-engines.  In 1919, the company merged with Armstrong-Whitworth of Newcastle-upon-Tyne, to become Armstrong Siddeley, the company’s automobile subsidiary.

During the 1920s, Armstrong-Whitworth fell into financial difficulties, and John Siddeley emerged as chairman of the reformed company.  In 1932 he was knighted in recognition of his contribution to the aircraft and motor industries, and in 1937 raised to the peerage, as Baron Kenilworth.  (John Siddeley had lived at Crackley Hall, Kenilworth, since 1918.) 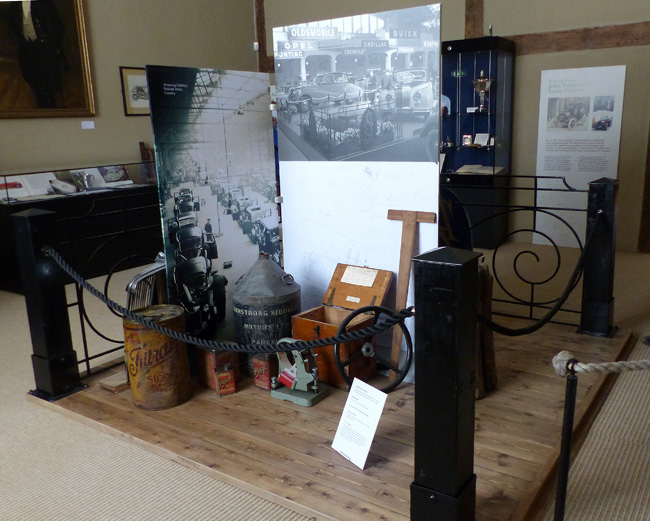 In 1937 he bought Kenilworth Castle, which he gave to the nation, together with a large sum to fund repairs.  With parts of the Castle now restored, there is a permanent exhibition celebrating John Siddeley’s life and the car company he created, developed in partnership with the Armstrong Siddeley Heritage Trust.