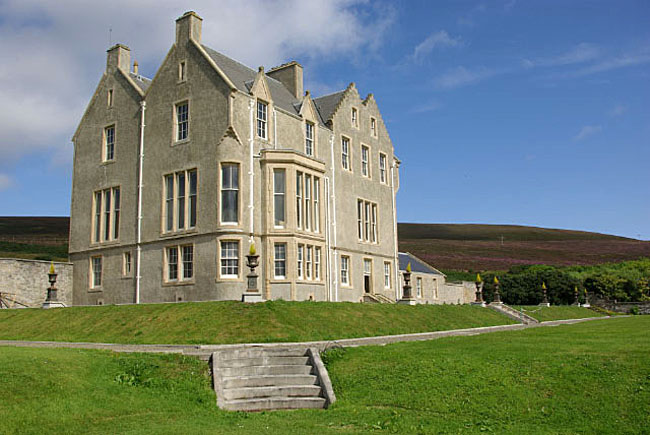 The birthplace of the first woman to drive the length of Britain, from Land’s End to John o’Groats.

Commentary
On Tuesday 15th September 1903, a large crowd gathered in the grounds of the Crystal Palace in London to witness the start of the second One Thousand Mile Reliability Trial – a major motoring event designed to showcase the everyday usability of the motor car. 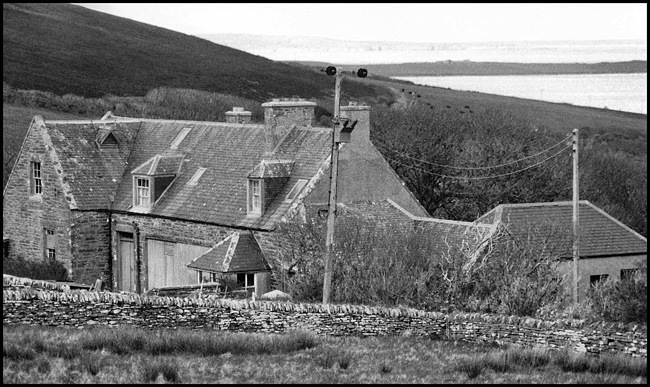 Amongst the crowd was a young woman by the name of Lizzie Murrison.  Born on the 5th January 1884 in a room above the coach house and stables at Trumland House, she moved with her family just a year later to Ireland, where her father had taken a new job as a steward on an estate in County Kilkenny.

Although Lizzie spent the first part of her life in Ireland, it appears that by her late teens she was almost certainly living in Scotland, quite probably Edinburgh. 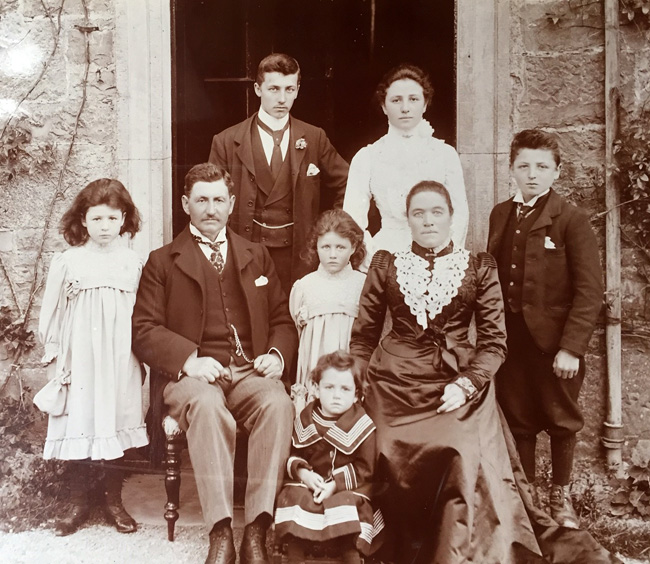 It is not clear exactly why Lizzie was at Crystal Palace on that day in September – but it may have been because her family was friendly with George Johnston, founder of the Mo-Car Syndicate, who had entered two of their Arrol-Johnston cars for the Trial.

All competitors were required to register on that day by 12 noon.  The start of the first Trial, in 1900, had apparently been marred by the late arrival of a number of entrants, and in order to prevent this from happening again, the organisers of the second event decided to rigorously impose the 12 o’clock deadline.

One hundred and forty cars had been entered for the competition, but 34 failed to arrive by the prescribed time.  Amongst these were the two Arrol-Johnstons; apparently they had been misdirected close to Crystal Palace and had failed to reach the Palace gates by just under three minutes.  A little unsympathetically the Automotor Journal commented at the time, “hard lines no doubt; but rules are rules”.

It appears that Lizzie was present at the moment that the drivers of the two Arrol-Johnston cars were told that their late arrival meant that they were no longer eligible to compete in the Trial.  It is not difficult to imagine their frustration, given the distance that they had travelled (well over 400 miles) to attend the event.

However, on hearing the news of their elimination, Lizzie suggested that she could drive one of the cars part of the way back to Paisley.  Her offer was accepted, but in a slightly modified form, with the Arrol-Johnston company suggesting that Lizzie instead drove from Land’s End to John o’Groats.

The idea was put into action remarkably quickly, for just six days later, on the evening of Monday 21st September, Lizzie was having her first driving lesson on the streets of Penzance, a large town about ten miles east of Land’s End.  Not only had she, up till then, never driven a car, she had only ridden on one barely half-a-dozen times.

At a quarter-to-four on the following afternoon, Lizzie Murrison drove away from the Land’s End Hotel at the wheel of a six-seater 12 h.p Arrol-Johnston dogcart. 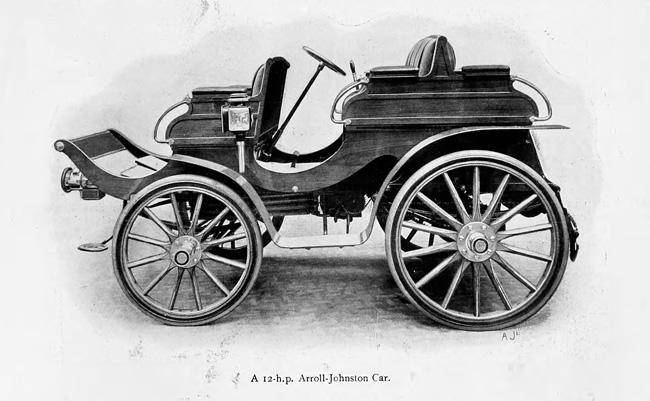 The car was an unusual design and rather old-fashioned in appearance.  It had a two-cylinder, three-litre engine, with each cylinder containing two pistons, generating enough power at 800 rpm to propel the heavy car to a maximum speed of about 20 mph. The relatively large wooden body, reminiscent of a horseless carriage, accommodated six people, with the driver sitting in the second row, and two passengers immediately behind, facing backwards.  Manufactured until 1905, and retaining the use of solid rubber tyres throughout, it was a sturdy and reliable car, well-suited to the rugged Scottish countryside.

There is little detailed information on Lizzie’s journey northwards.  The weather was particularly wet and cold for the time of year, but the 900-mile trip was covered in five days, with a net running time of 57½ hours, at an average speed of 15½ mph.  With four or five passengers and their luggage, Lizzie was, reportedly, at the wheel throughout the journey, covering an average of 180 miles a day, with 213 miles being the greatest distance travelled in a single day. 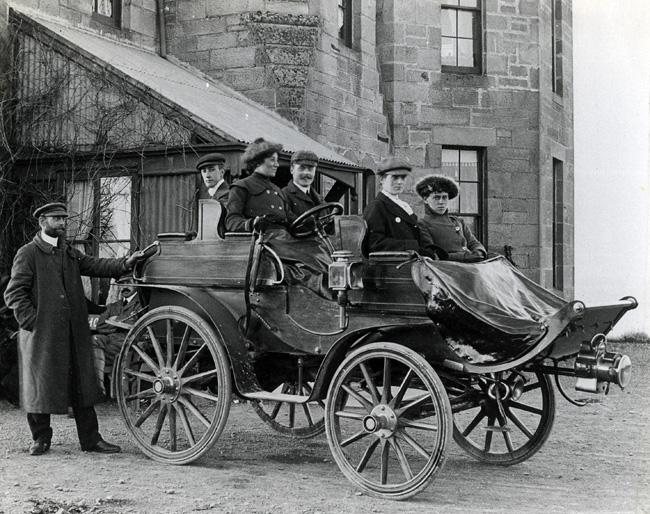 The event was widely reported, but it interesting to note that there is no evidence of Arrol-Johnston using the drive to publicise their car.  Lizzie herself was modest about her achievement, explaining that the car ran perfectly and spoke of her task as a comparatively light one, adding that she had no desire to shine as a record-breaker.

A day-and-a-half after reaching John o’Groats, Lizzie was behind the wheel once more, for a final drive south to Inverness; covering a total of 1,000 miles within a week.

This story is largely based on an interview given by Lizzie Murrison to a local newspaper on her return.  It has subsequently come to light that Lizzie may have previously asked George Johnston if she could be the first woman to drive from Land's End to John o'Groats, and that the failure of the two cars to register at the start of the Thousand Miles Trial prompted George Johnston to arrange for these and possibly two more cars to be taken to Land's End to attempt the record-breaking journey.

With thanks to Rod Calder-Potts (Lizzie Murrison's great nephew), Max Fletcher (www.rousayremembered.com), and Neale Lawson for their help in the preparation of this article.

Further details
• More information on Lizzie Murrison and her family may be found at www.rousayremembered.com.

The birthplace of the first woman to drive the length of Britain, from Land’s End to John o’Groats.