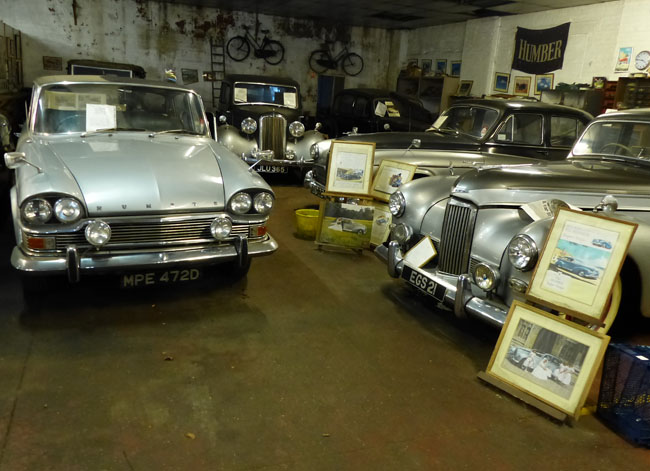 A collection of Humber cars from the Rootes' period of ownership.  Although the museum is now closed, it is still possible, by prior arrangment, to see what remains of the collection (February 2020).

Commentary
The Humber Car Museum began with the purchase of a six-year-old Humber Pullman in 1960; a car that had been made for Baroness Rothschild, which she used when she was in London.  Wholesale potato merchant, Reg Marshall, had developed a fondness for Humbers after driving them in the Army; “big impressive cars,” he is quoted as saying, “that never let you down.”

More Humbers were bought over the years; with their purchase and maintenance being funded by hiring the vehicles out for weddings and other formal occasions. 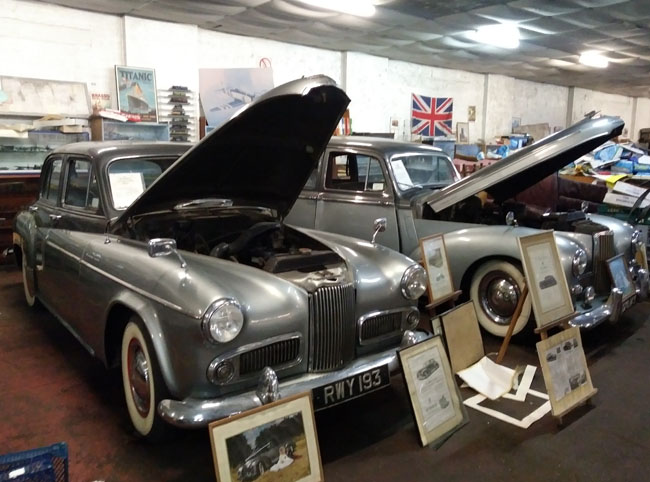 The development and upkeep of the collection was taken over by Reg’s son, Allan, in the 1990s, with a focus on the period in which Humber was owned by the Rootes Group.  The earliest vehicle in the collection was a 1932 Humber Snipe 80, and the latest, a Humber Imperial, made in 1967, and together they amounted to the largest collection of Humbers in the world.

A number of the cars had close links to members of the Royal family.  These include the Snipe 80, built for Wallis Simpson, who married King Edward VIII, and a 1952 Mk III Pullman, originally supplied to Queen Elizabeth the Queen Mother, and used as her personal transport at her Scottish home, the Castle of Mey, in Caithness.

In 2018, it was announced that the 24-car museum was to close; however at the time of writing (February 2020), about half the collection remained and was open to visitors by prior arrangement.

A collection of Humber cars from the Rootes' period of ownership. Although the museum is now closed, it is still possible, by prior arrangment, to see what remains of the collection (February 2020).