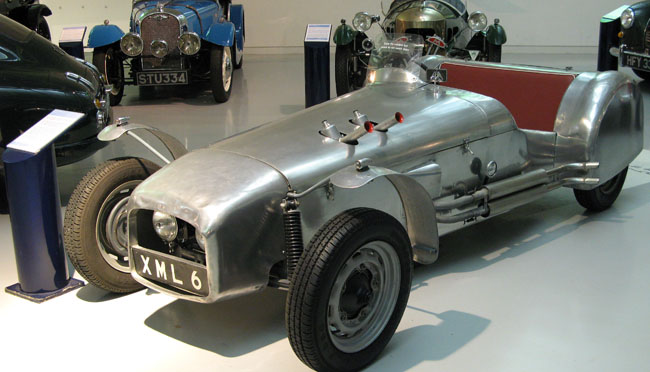 Lotus' first factory: initially the old stable block behind the Railway Hotel, Hornsey, and later the building next door.

Commentary
The first car that Colin Chapman designed and built was based on a pre-War Austin 7.  Still a student at London University, he used a lock-up garage in Wood Green, rented from his girlfriend’s father, to replace the Austin’s saloon body with an open two-seater, made from marine ply and aluminium.

Two more specials were to follow and, right from the start, he entered his cars in competitive events – initially hill climbs and trials. By 1950 Colin Chapman was also involved in circuit racing, and had already moved his premises round the corner to the garage at the home of a couple of his friends’ parents in Wood Green. 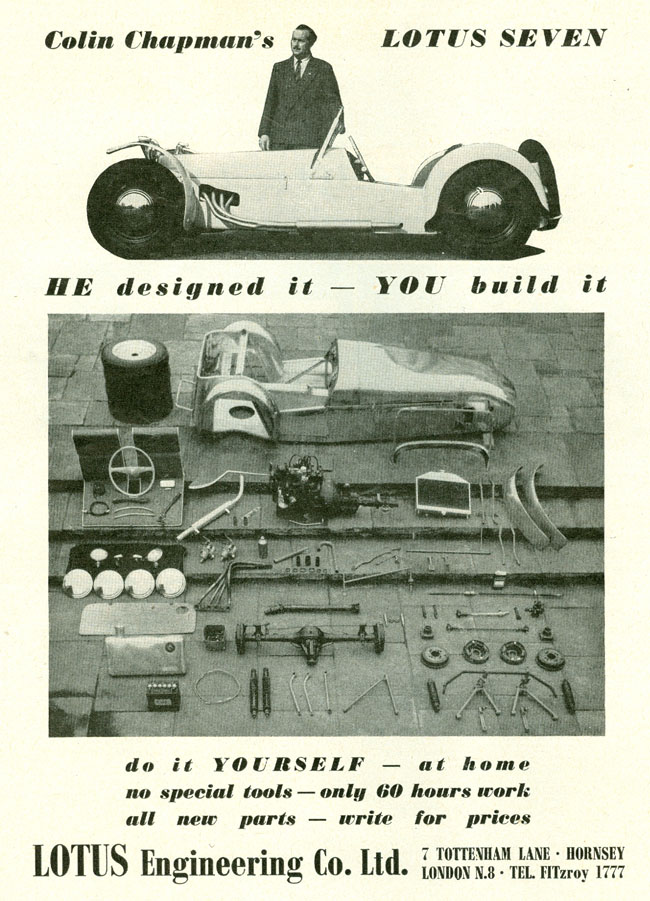 In 1952, Colin Chapman’s hobby became a business, with the creation of the Lotus Engineering Company, prompting a move to the old stables behind the Railway Hotel on Tottenham Lane in Hornsey, where Chapman’s father was the landlord. The Lotus premises were later extended next door to 7 Tottenham Lane, where the company's showroom was situated.

However, with new development projects including the Lotus Seven, Eleven and the Elite, it was becoming clear that the lack of space at Hornsey was placing serious restrictions on assembly, and a decision was taken in 1958, to relocate to larger premises – in Cheshunt, in Hertfordshire.

The Railway Hotel still stands on Tottenham Lane, but is today a restaurant and nightclub, known as Funky Brownz.  A plaque commemorating the works is on the wall of one of the former Lotus buildings.  Today, 7 Tottenham Lane is a builders' merchants.  In earlier 2015, an application was made to demolish the building, to which there were many local objections.  In April 2015, the local authority decided to refuse planning permission, enabling the building - at least for the time being - to remain.

Further details
• More information and pictures of these buildings may be found at www.colinchapmanmuseum.org.uk
• www.historiclotusregister.co.uk