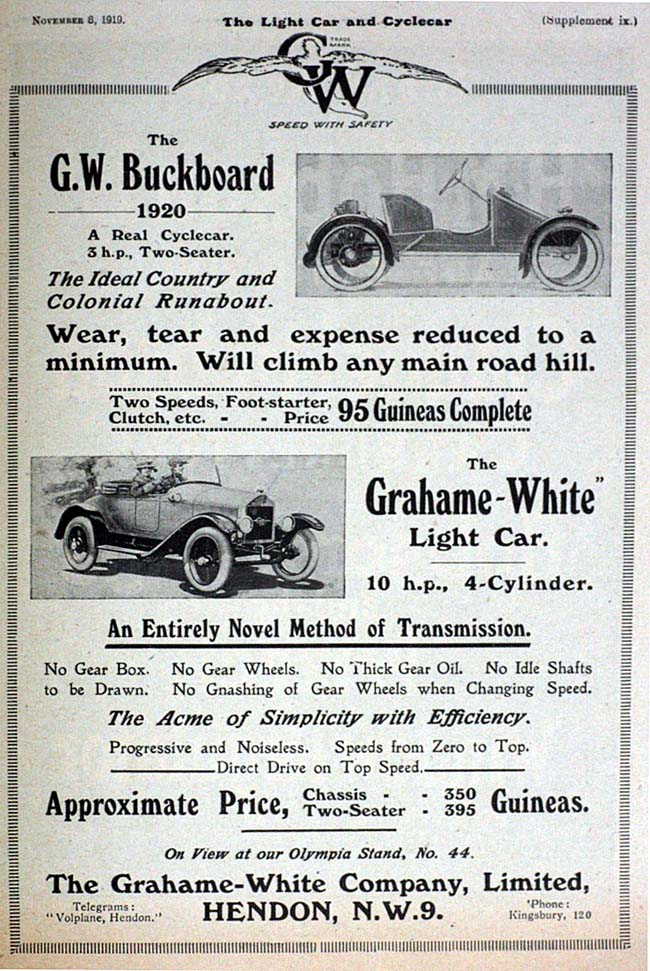 A short-lived car manufacturer, whose founder was a British aviation pioneer and largely responsible for creating Hendon Aerodrome - once, London’s main airport.

Location
The factory was on the site of what is now the Royal Air Force Museum, Grahame Park Way, London, NW9 5LL.

Commentary
Claude Grahame-White, born in Bursledon in Hampshire in 1879, became captivated with flying after Louis Blériot made the first flight across the English Channel in June 1909.  By early 1910, he had a French pilot’s certificate, and a few months later achieved national prominence when he was one of two entrants attempting to win a prize of £10,000 offered by the Daily Mail for the first flight between the newspaper’s offices in London and Manchester within a period of 24 hours.

Although he failed to win the prize, Claude Graham-White captured the public imagination by flying part of the way to Manchester in complete darkness. (It is believed that he was the first person to undertake a flight of any distance at night.)  In the months that followed he won flying competitions in Britain and the United States, and, at an aviation meeting in Blackpool in 1910, became the first person to use an aircraft for the transportation of mail. 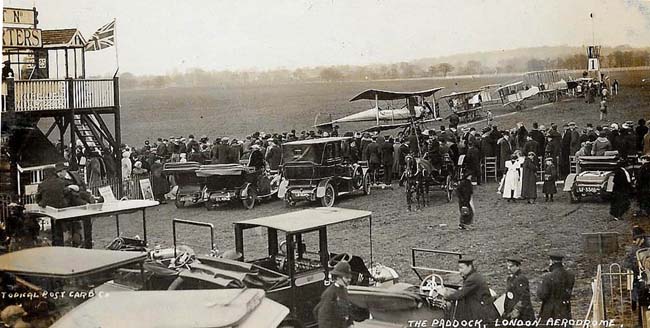 In 1911, Claude Grahame-White bought 220 acres of pasture at Hendon, which he turned into London’s first aerodrome.  Weekly air shows and competitions at the airfield followed, sometimes watched by thousands of spectators.  Grahame-White established a flying school at Hendon, where he then began to build his own aircraft.

With the outbreak of war in 1914, the factory and airfield were placed under the control of the Air Ministry, and manufacturing and training facilities rapidly developed.  However, when hostilities ceased, aircraft manufacture at Hendon declined equally quickly to the point where Grahame-White was forced to diversify – into the manufacture of bedroom and office furniture, bodies for luxury cars such as Rolls-Royce and Daimler, and a simple light car bearing his own name. 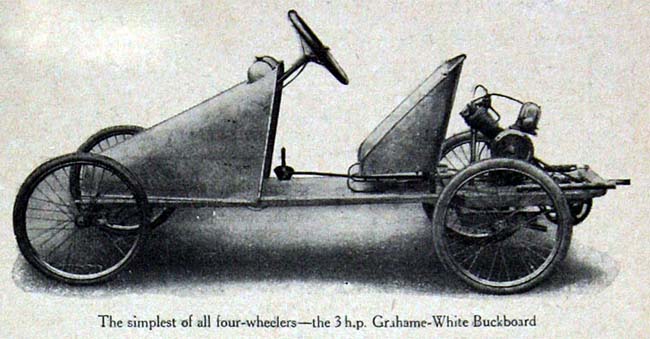 Accounts of the Grahame-White range differ slightly in detail, but it appears that, for the most part, three models were offered.  The first was the Grahame-White Buckboard, with a single-cylinder, 348cc, three h.p rear-mounted engine and kick-start.  Displayed at the 1919 Olympia Motor Show; it seated two people, weighed just over 300lbs, and was priced at 95 Guineas (£99.15.0).

The second car, also launched in 1919, had a Dorman 1094cc four-cylinder engine, but only three examples were apparently produced. 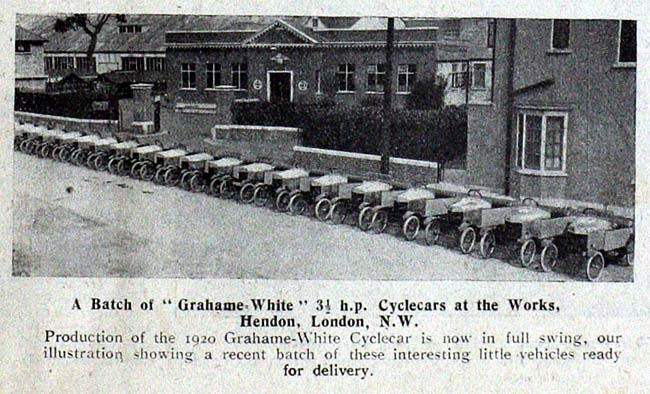 Grahame-White’s third car was a two-seater light car offered with either a 348cc single-cylinder or 689cc twin engine.  It appeared at the 1920 Motor Show, and two examples are known to survive.

Graham-White halted car production under his own name in 1924, but then briefly assembled a number of Angus-Sandersons, formerly based in Newcastle and then Birtley, just south of Gateshead.

By 1927, car production at Hendon had ceased entirely.  This appears to have been partly due to a long-running dispute over compensation between Grahame-White and the British Government who, in 1922, took full possession of aerodrome and then closed the factory without warning.  Grahame-White ultimately won the case, but took no further part in motor manufacture. 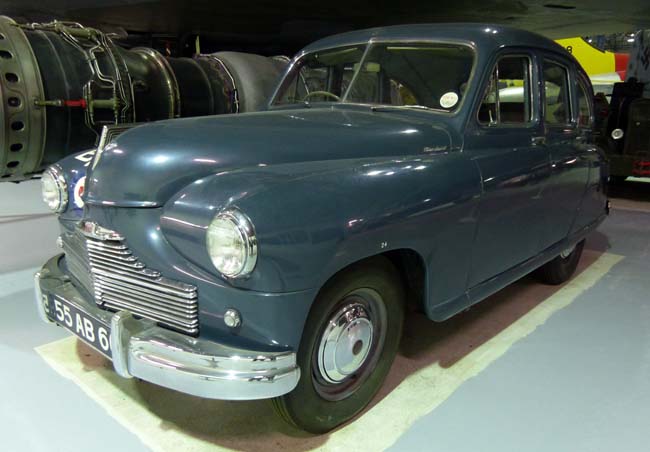 The last RAF flying unit left Hendon in 1957, and during the 1960s much of the airfield site was sold for housing.  RAF Hendon closed in 1987, although the RAF Museum had been on the site since 1972.  Today, only a few of the original buildings remain, although two - the Grahame-White hangar and the Watch Office – are preserved, having being moved onto the Museum site as part of the re-development.

A short-lived car manufacturer, founded by a British aviation pioneer.